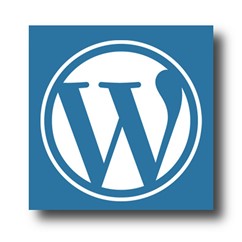 I want to thank all of you who have read and interacted with this site over the last year. I am grateful for every one of you. For those of you who are interested, I give you the top 10 blog posts from 2017. This blog is a combination of content creation and content curation, which means that I sometimes write original material and that at other times I pass on to you items that I find interesting from elsewhere on the interwebs. Both kinds of posts appear on this list, but the vast majority are original pieces. This year’s list includes a lot of material dealing with gender and sexuality.

10. Best Pictures of the 2017 Solar Eclipse. The eclipse was an unforgettable moment of shared cultural fascination. These moments are few and far between these days, and I was grateful for it.

9. Ten thoughts about the “Billy Graham Rule.” Vice President Mike Pence was roundly criticized earlier this year for practicing the so-called “Billy Graham Rule”—that is, refusing to dine alone with women not his wife. I make the case that it is wise and good to adopt some form of this rule. We need it.

8. “I Got Gay Married. I Got Gay Divorced. I Regret Both.” Legal marriage has not transformed gay unions. Gay unions have fundamentally redefined marriage. The heterosexual norm will not be the only casualty in this redefinition, but norms of permanence and fidelity will be casualties as well. We have only barely seen the sad consequences of this revolution.

6. N. T. Wright offers brief commentary on transgenderism. This was a very brief note that I posted last summer. Nevertheless, because it was N. T. Wright, it got a lot of attention. I think it shows that there is a great deal of general interest in Wright’s views on gender and sexuality.

5. It is not “character assassination” for the church to be the church. Responding to Jonathan Merritt’s column in RNS about “evangelicals” who affirm gay marriage.

4. Have Southern Baptists embraced gender-inclusive Bible translation? Not by a longshot. Responding to an article in The Atlantic claiming that the Christian Standard Bible is a gender-neutral translation. The claim was incorrect. The blog led to an interview with NPR about the controversy.

1. Standing against a destructive misogyny threatening our children. I can hardly believe that there was even a need for a blog post like this one, and yet it was the most-read blog post of the year. Why? Because Teen Vogue published an essay instructing minor children how to perform vile sex acts upon one another. I made the case for why this is wrong and that our children deserve better.