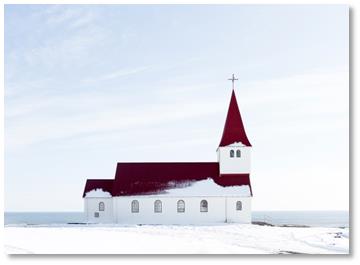 Last night, Jonathan Merritt penned an article for Religion News Service excoriating Christians who have distanced themselves from Jen Hatmaker. He writes:

Hatmaker’s original sin is that she broke ranks with the evangelical powers-that-be on same-sex relationships. In an interview with me last October, Hatmaker stated that if she found out one of her children were gay, she would love that child just the same. If an LGBT friend of Hatmaker’s got married, she said she would attend the wedding. And Hatmaker said she believed LGBT relationships could be holy.

In the interview, Hatmaker did not deny a line in the Apostles Creed. She did not promote a historical heresy. She merely claimed that after a careful study of the scriptures, she had arrived at a different understanding of same-sex relationships. But this was enough to outrage some conservative Christians. Lifeway Christian Stores even banned her books from their shelves.

Merritt says that Hatmaker has not only been “blacklisted” but that her detractors have engaged in “the nastiest character assassination.” In sum, Merritt believes Hatmaker’s endorsement of same-sex relationships should be treated as within the bounds of Christian orthodoxy and that evangelical churches and ministries are mistreating her by excluding her because of her views on sexuality.

There are more problems in Merritt’s article than I can address in a single essay, but it is worth pointing out some of the more significant mischaracterizations. The entire 2,000-year history of the Christian church has spoken univocally about homosexuality. Faithful Christians have always believed what the scriptures teach about this. Homosexuality is sexual immorality and is therefore sinful (Rom. 1:26-27; 1 Cor. 6:9-11; 1 Tim. 1:10). We understand that this is an unpopular point of view today, but it is nevertheless what the church has always believed and confessed.

There are many voices within the North American evangelical movement that are turning away from what the church has always believed and confessed. Hatmaker is now among them. They are trying to tell people that sexual immorality is compatible with following Jesus. And they are asking the rest of the church to accept their point of view as within the orthodox stream.

The problem is that their teaching never has been, is not, and never will be within the orthodox stream. It will always be a mark of those who have fallen away from the faith. Theirs is an ancient error—one that can be found within the pages of the New Testament itself:

“Contend for the faith that was once for all delivered to the saints. For certain people have crept in unnoticed who long ago were designated for this condemnation, ungodly people, who pervert the grace of our God into sensuality and deny our only Master and Lord, Jesus Christ” (Jude 3-4)

What is this departure from “the faith once for all delivered to the saints”? What is this teaching that amounts to a denial of “our only Master and Lord, Jesus Christ” and that puts adherents under “condemnation”? It is the teaching that distorts the grace of God into a permission slip for sexual immorality. It is the errant notion that somehow God is okay with sexual immorality after all.

But He’s not okay with it. And neither are his people, the church. Faithful Christians are never going to accept this teaching. The true church is never going to embrace this. It may look otherwise to those who are focused on Christian organizations in the secular west. But this is not an accurate picture of the church worldwide, which is overwhelmingly with the orthodox on this question. And if we give attention to what G.K. Chesterton called the “democracy of the dead”—the faith of the church throughout the ages—it becomes very clear that American revisionists are a tiny schismatic minority. Just an ounce of historical and global perspective puts the lie to the notion that the revisionists are winning the day on this. They are not.

That is why faithful Christian ministries and churches are not going to give their platforms to teachers who have stepped outside of the healing stream of Christian truth. The Spirit of Christ commands His bride to stand apart from those who are leading people astray:

“As for a person who stirs up division, after warning him once and then twice, have nothing more to do with him, knowing that such a person is warped and sinful; he is self-condemned” (Tit. 3:10-11).

The word translated as “division” is the Greek word hairetikos, which is the basis for our English word heresy. It is clear that the divisive person in this scenario is the false teacher, not the church who is standing apart from him in faithfulness to Christ. The church is supposed to be calling people to Christ, and she dare not platform those who are leading people away from Christ.

Merritt writes as if there is an underlying groundswell of evangelical support for this false teaching. He even claims that there are many well-known pastors and leaders who privately believe that homosexual immorality is compatible with following Christ. But, Merritt says, these leaders dare not say so publicly because they don’t want to lose their ministry platforms. I don’t have any way to verify this claim. But even if it were true, I think Merritt misconstrues the meaning of the presence of such hucksters. Their subterfuge is not evidence of where the church is going but of what the church will be casting off when their deception becomes known.

I was grieved by what I read in Merritt’s column last night. It represents a sad celebration of serious error that is completely incompatible with the Christian faith. The good news is that the New Testament does offer hope that false teachers might recognize their error and come back from the brink. Paul himself holds out some hope for his opponents:

“And the Lord’s servant must not be quarrelsome but kind to everyone, able to teach, patiently enduring evil, correcting his opponents with gentleness. God may perhaps grant them repentance leading to a knowledge of the truth” (2 Tim. 2:24-25).

This is my prayer. It really is. I am hoping against hope that those who have embraced this error might come back from the brink. So much is at stake. Everything that matters is at stake. Our arms are open. Come back. Please come back.