By Denny Burk on July 10, 2020 in Christianity, Theology/Bible 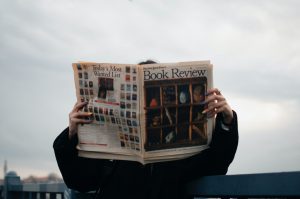 Well, I think my review of Aimee Byrd’s book may have touched a nerve. At least it seems that way from the wide array of responses I have seen on social media this week. There are a whole lot of folks that really appreciated it, and there are a number of folks for whom—let’s just say—it was less than edifying.

Years ago, I used to be more of a Twitter warrior and would have been online answering all the criticism. Not so much anymore. I don’t have the bandwidth for that kind of interaction, and I’ve come to see it as mainly futile because Twitter is often dominated by foolish speech and personal attacks. Even if you try to avoid it, you still end up getting some on you.

Having said that, neither I nor my review are above criticism. Some readers have actually pointed out some helpful things (misaligned endnotes, an incorrect page reference, etc.). So not all of the criticism has been bad. Some readers have pointed out that the review is short on summarizing Byrd’s book. That’s a fair point. Readers will be happy to learn that the print version of the review is actually considerably longer than the blog version because it includes more summary of Byrd’s book. So if you were looking for more summary, it’s on the way in the printed journal. END_OF_DOCUMENT_TOKEN_TO_BE_REPLACED

By Denny Burk on July 7, 2020 in Christianity, Culture, Politics

Racial hatred really exists, and it really is evil. Marxist revolutionaries really exist too, and they really do mean to overturn the social order. It is happening before our very eyes.

There seem to be so few who can or will see both challenges as the seeds of revolution spill out into the streets of major cities across the country.

The difficult thing for Christians in our current moment is that we are told that we have to pick a side. But we can’t choose either side when biblical Christianity obliges us to oppose both racism and Marxist ideologies that contradict scripture.

As Christians, we are not aiming for some Aristotelian mean between these two errors. We are aiming for faithfulness to Christ. Which means that we will likely offend both the racists and the Marxists. END_OF_DOCUMENT_TOKEN_TO_BE_REPLACED

By Denny Burk on July 5, 2020 in Christianity, Politics 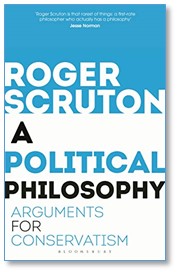 In Roger Scruton’s book A Political Philosophy: Arguments for Conservatism, he makes some trenchant observations about Marxism and totalitarianism. He writes:

It is not the truth of Marxism that explains the willingness of intellectuals to believe it, but the power that it confers on intellectuals, in their attempts to control the world. And since, as Swift says, it is futile to reason someone out of a thing that he was not reasoned into, we can conclude that Marxism owes its remarkable power to survive every criticism to the fact that it is not a truth-directed but a power-directed system of thought. [p. 149]

He goes on to explain Marxism’s revolutionary spirit and tendency toward totalitarianism. It is difficult not to read these words as shedding light on current events. Scruton argues that totalitarian revolutions are built on resentment: END_OF_DOCUMENT_TOKEN_TO_BE_REPLACED

NPR has an article making the case that racism has deep roots in white Christianity in the United States. The article lays out the long sad history of white supremacy in the U.S. with a special emphasis on how churches and Christians were complicit in it. This history is well-known  even among the most conservative American evangelicals. It is a great moral stain that so many Christians failed to see the evils of slavery, Jim Crow, and segregation and, even worse, that some even tried to defend these positions from scripture.

But the last section of the NPR article sort of lost me. It seems to blame these failures on the biblical convictions that evangelicals hold, calling it a “theology of inaction.” END_OF_DOCUMENT_TOKEN_TO_BE_REPLACED

By Denny Burk on June 8, 2020 in Christianity, Culture, News

Last week, The Wall Street Journal published an op-ed by Heather MacDonald titled “The Myth of Systemic Police Racism.” In the essay, MacDonald provides compelling empirical evidence to prove that blacks are not shot or killed by police at a level disproportionately higher than whites. She writes:

In 2019 police officers fatally shot 1,004 people, most of whom were armed or otherwise dangerous. African-Americans were about a quarter of those killed by cops last year (235), a ratio that has remained stable since 2015. That share of black victims is less than what the black crime rate would predict, since police shootings are a function of how often officers encounter armed and violent suspects. In 2018, the latest year for which such data have been published, African-Americans made up 53% of known homicide offenders in the U.S. and commit about 60% of robberies, though they are 13% of the population.

The police fatally shot nine unarmed blacks and 19 unarmed whites in 2019, according to a Washington Post database, down from 38 and 32, respectively, in 2015. The Post defines “unarmed” broadly to include such cases as a suspect in Newark, N.J., who had a loaded handgun in his car during a police chase. In 2018 there were 7,407 black homicide victims. Assuming a comparable number of victims last year, those nine unarmed black victims of police shootings represent 0.1% of all African-Americans killed in 2019. By contrast, a police officer is 18½ times more likely to be killed by a black male than an unarmed black male is to be killed by a police officer.

The essay made quite a splash and was making the rounds in conservative circles throughout the week. The eye-popping stat is at the beginning of the second paragraph: “The police fatally shot nine unarmed blacks and 19 unarmed whites in 2019.” Only nine in an entire year. I’ve seen that stat recurring around social media to support the argument that there really are no racial disparities in policing. Nothing to see here move along. END_OF_DOCUMENT_TOKEN_TO_BE_REPLACED 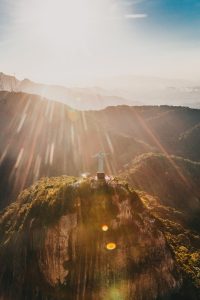 Writing in a time of chaos and hopelessness, W. B. Yeats subverts the Christian story of the world and paints a dark picture of the end in his poem “The Second Coming.” It is easy to slip into this kind of hopelessness when things are coming apart.

The only people prepared to bear witness to this truth in a week like this one are those who know the one who will come to make all things new.

Lord, help us to be faithful in our time both in our words and in our deeds. END_OF_DOCUMENT_TOKEN_TO_BE_REPLACED

By Denny Burk on May 28, 2020 in Christianity, Homosexuality, Transgenderism 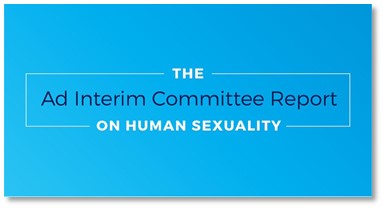 Here are some of the most significant items that I noted in my reading of the twelve affirmations: END_OF_DOCUMENT_TOKEN_TO_BE_REPLACED

By Denny Burk on May 21, 2020 in Christianity, Theology/Bible

Yesterday was the twentieth anniversary of John Piper’s famous “sea shell” sermon at the 2000 Passion conference called “OneDay.” Three years ago, I shared with Sarah Zylstra my memories of the event. There was a lot that we talked about that did not make it into her final article. And there was still more that I didn’t even share with her. So I thought I would briefly recount some of those memories here. Here are my top ten memorable memories of the memorable occasion known as OneDay 2000. END_OF_DOCUMENT_TOKEN_TO_BE_REPLACED

If there’s anything better on the internet today, I don’t know what it is.

These are three dancing sisters from the Netherlands. Their names are Nora, Yarah, and Rosa. Their group name is “Let it Happen.” They have been performing for years including appearances on The Ellen Show.

The video above originally appeared on Instagram with the following message from Norah:

[This afternoon, the faculty of The Southern Baptist Theological Seminary passed a resolution. The full text is below. A PDF can be downloaded here.]

The faculty of The Southern Baptist Theological Seminary and Boyce College hereby make a unified statement about the recent hardships our community has faced as a result of this global pandemic. The purpose of this statement is to express three main things in response to these hardships: our grief that beloved colleagues were affected, our appreciation both for their contribution to Southern and for the difficulty our leaders have faced, and our resolve to labor on in faithfulness to God’s Word.

We want this statement to encourage those colleagues, as well as our students, alumni, and churches, who are also enduring these unsettling times.
END_OF_DOCUMENT_TOKEN_TO_BE_REPLACED