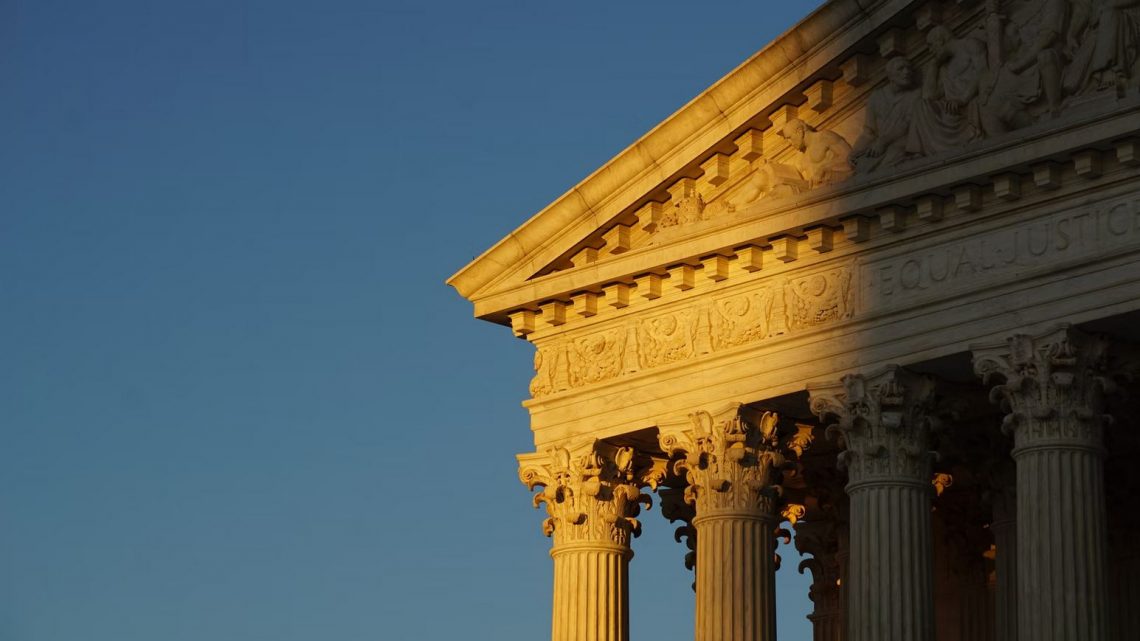 I’ve been watching the fallout from last night’s bombshell leak of a draft opinion from the Supreme Court overturning Roe v. Wade. Of course, this is only a draft and not the court’s final ruling. We won’t know for sure how the court has decided this case until the Court releases it final official ruling. But if this one holds, all I can say is Hallelujah.

Roe v. Wade has presided over the legal killing of over 60 million human beings since 1973. That is the holocaust times ten. The regime of Roe v. Wade has effectively given us abortion-on-demand through all nine months of pregnancy. And with the body count piling up at a rate of hundreds of thousands per year, there is no question that legal abortion-on-demand is the greatest human rights crisis of our time. Nothing else comes close.

Overturning Roe would be without question the most significant pro-life victory in two generations. And still, the pro-life cause will only have just begun because now the policy work of pro-lifers will turn to a state-by-state effort. They will also focus on preventing any effort to inscribe abortion rights in federal law, which pro-abortion politicians were already threatening to attempt last night.

The leaking of this draft is a story all by itself—and a distressing one at that. As Jonathan Turley pointed out last night:

If this is a true copy of the draft opinion it is hard not to view this as a malicious act. What is the motivation of releasing such a decision? The only intent of such a leak is to trigger a response from outside of the Court.

This draft is from February and the majority can shift on such opinions. However, the act of leaking such a draft opinion ranks as an original sin for judicial ethics.

Pro-life Christians would do well to pray for SCOTUS justices—that their resolve would hold and that they would not be moved by any attempt to intimidate them. Chief Justice John Roberts has just released a statement condemning the leak and ordering an investigation. Roberts writes:

To the extent this betrayal of the confidences of the Court was intended to undermine the integrity of our operations, it will not succeed. The work of the Court will not be affected in any way. We at the Court are blessed to have a workforce – permanent employees and law clerks alike – intensely loyal to the institution and dedicated to the rule of law. Court employees have an exemplary and important tradition of respecting the confidentiality of the judicial process and upholding the trust of the Court. This was a singular and egregious breach of that trust that is an affront to the Court and the community of public servants who work here.

I have directed the Marshal of the Court to launch an investigation into the source of the leak.

Abortion rights supporters are apoplectic this morning. Many of them have a kind of religious devotion to abortion rights. For them, death is their creed, and abortion is their sacrament. Roe is their original holy text—sacrosanct, inviolable. That the Supreme Court would even consider transgressing their holy space is unthinkable to them. And that is why so many of them are already declaring that this decision and even the Supreme Court itself are illegitimate.

Case in point: Joe Scarborough began his daily program this morning declaring that both the draft decision and the Supreme Court are illegitimate (see video below). He pointed out that that Hillary Clinton actually received more votes than Donald Trump in 2016, thus nullifying the legitimacy of Trump’s three appointments to the Supreme Court (Gorsuch, Kavanaugh, and Barrett). He claims that this illegitimate Supreme Court has no right to impose a decision on the country—especially when the vast majority of Americans support Roe v. Wade, according to polls.

The other problem with this analysis is that the Supreme Court’s job is to interpret and apply the Constitution. It’s not the Supreme Court’s job to put its finger to the wind to see which way public opinion is blowing. If they were to do that, that would indeed delegitimize the court—the very thing Scarborough claims he wishes to avoid. Hopefully, the nine justices will avoid advice like Scarborough’s.

The bottom line here is that abortion rights supporters are going to pull out all the stops to defend Roe. The mayhem they are likely to unleash in advance of the Court’s official ruling will be unprecedented—just like this leak. When they do, remember who is really overturning democratic norms and institutions. It won’t be those supporting the Court’s decision but those trying to undermine it.

UPDATE: One more thing that I should have mentioned above. During the confirmation hearings for Justice Kavanaugh four years ago I wrote something that bears repeating here:

Everyone who reads this space knows that I was a strident NeverTrumper in 2016. One of my main reasons for being one was that I did not believe candidate Trump when he promised to appoint originalist judges. I just didn’t think he could be trusted on that. Well, it is time to say that I was wrong about that. The President has come through on this particular promise, and in the case of Kavanaugh has stood beside him through a withering political onslaught. The President deserves credit for that.

In 2016, I really was convinced that candidate Trump was not telling the truth about his commitment to the pro-life cause. It’s what made being a “Never Trumper” an open and shut case for me. After he became President, however, it became clear that I was wrong about what he would do in his judicial appointments. Really wrong.

In fact, if this draft opinion holds, Trump will turn out to have been the most consequential pro-life President in the history of the United States. Which means that I was not only wrong in my 2016 prognostications, but epically wrong. I still have my frustrations with the former President—his conduct after the 2020 election and on January 6 not least among them—and I still offer no political endorsements in this space. Nevertheless, I have to acknowledge that the overturning of Roe would be an unmitigated good for our country. For that reason, I am happy to have been proved wrong.