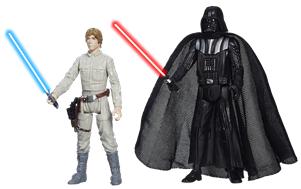 I know, I know. The last thing you need before the new year is one more hot take on The Last Jedi. Well, don’t worry this isn’t a hot take. This is a slowly-steeped-seen-it-twice-read-a-lot-and-pondered-it take. And yet, it will be short and sweet nevertheless.

It is incredible to me that so many viewers seem to think so little of The Last Jedi. One thing is clear about the sharpest critics. The most disappointed viewers are the superfans. In short, they are the Star Wars uber-nerds. The following tweet exemplifies what I’m talking about:

The Last Jedi Is The Batman v Superman Of Star Warshttps://t.co/teQngqOgpd pic.twitter.com/ImyJSVXxie

I stand by my initial response to this:

The reports of the The Last Jedi‘s awfulness have been greatly exaggerated. The superfan critics are not new to the series or watching The Last Jedi with fresh eyes. They are judging the series in light of the sacred episodes 4-6. Many of these critics are about my age and discovered the original episodes when they were first released. They saw the originals in the theater, bought the toys in the late 70’s and early 80’s, and drank deeply from the original mythology.

For these fans, the Star Wars saga is something more than a mere movie. It is their childhood, a nostalgic icon, a memory of something pristine and good from a simpler time. For them, every movie after episodes 4-6 is competing with the idyllic memory of the originals. They want new movies to make them feel now what they felt then.

But here’s the thing. That is never going to happen. And it is unfair to judge new films on that standard—it is a standard that can only result in disappointment. I had an intern a couple years ago who loved the prequels. Why? Because he was a kid when they came out. The prequels were as dazzling to him as a young boy as the originals were to me when I was a young boy. As an adult, I hated the prequels, but my intern didn’t have my baggage and was able to view them differently.

So I am coming at these two most recent movies with more realistic expectations. No movie can compete with happy memories forged in our most formative years. If you let those expectations go, it will allow you to enjoy these movies more than you would otherwise.

The bottom line for me is that I liked The Last Jedi. A lot. I know critics don’t like the story arc of Luke and wish that he could have finished differently. But I’m not overly bothered by how he finished. In fact, Luke’s end was no more dispiriting than was Obi Wan Kenobi’s in “A New Hope.”

Moreover, The Last Jedi was by far Mark Hamill’s best performance as Luke Skywalker. None of Hamill’s other episodes even come close. I was worried at the end of Force Awakens that Hamill would not be able to hang with Fisher and other new actors in episode 8. Hamill’s star was really dim next to Carrie Fisher and Harrison Ford in episodes 4-6, and I thought it might happen again. But those concerns were completely unfounded. In fact, Mark Hamill and Daisy Ridley carried this movie. I cannot overstate how well Hamill did in The Last Jedi. He was the heart and soul of this film. And I loved it.

There is much more that can and should be said about The Last Jedi, but chances are it’s already been said. I just wanted to add my two cents—even though it’s a little late!