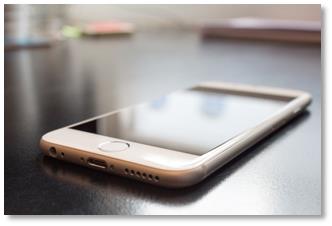 Sexual perversion is firmly entrenched in our cultural mainstream, so it takes a lot these days to astonish me. But I am astonished today. In the span of twenty-four hours, I have come across not one but two separate unrelated articles about teenage girls who agree to be brutalized during sexual encounters with teenage boys. Both articles indicate that this is a growing trend among adolescent children who becoming sexualized at younger and younger ages.

Last week, Teen Vogue published an article instructing teenage girls how to enjoy being sodomized by their boyfriends. The article is so vile that I am not even going to link to it. But among other things, it tells these minor children that such activity is normal. It gives detailed instructions on how they can learn to enjoy it. For those teenage girls who are still reluctant, Teen Vogue reassures them:

Let’s just pause here for a moment and ponder this. A major publication marketed to minor children is instructing them on how to enjoy being sodomized by other minor children. If this doesn’t fill you with grief and outrage, nothing will. God help us.

How did we get here that this kind of brutalizing conduct has become the norm? Many of you already know the answer. It is because of pornography. Countless teenage boys have spent the better part of their adolescence marinating in hardcore pornography. This material has decimated them. Their sexual preferences and tastes have been definitively shaped by this material, and they are bringing these expectations to any female who will agree to them.

And that brings us to the second article, which has a decidedly more realistic take on what is happening. Allison Pearson writes about a conversation she had with a group of mothers about how to raise healthy and happy children. The conversation turned to talk about sex. Pearson writes:

A couple of the women present said that they had forced themselves to have toe-curlingly embarrassing conversations with their teenagers on the subject. “I want my son to know that, despite what he might see on his laptop, there are things you don’t expect a girl to do on a first date, or a fifth date, or probably never,” said Jo.

I was reluctant to write about this because it is so awful and embarrassing even to acknowledge. But there it is. It is reality, and it is all around us. A generation of young men are destroying themselves by the darkness of pornography, and now they are foisting their desolation on young women who desperately want to be loved by a young man. The sexual revolution which promised to liberate has given birth to a destructive misogyny that is now being soft-pedaled as “normal” by the likes of Teen Vogue.

I have said this before, but it is worth saying again. Porn use in our culture is a civilizational calamity. The sexual revolution promised us more sex and more pleasure. It has actually delivered to us a generation of men who think of women as objects to be used and abused for their sexual pleasure. It has not given us men who know what virtue and honor are. It doesn’t teach men to pursue their joy in self-sacrificially loving and being sexually faithful to one woman for life. It teaches young men to use women for sex and then to discard them when they become unwilling or uninteresting. This means that it has given us a generation of young men completely unprepared for marriage and for fatherhood. And if you lose marriage and fatherhood, you lose your civilization. We have sown to the wind, and our children are reaping the whirlwind—not least our daughters, who are less likely than ever to find a man who hasn’t been corrupted by this.

A word to Christian parents: Your responsibility here is very practical. If you are giving your children unfettered access to screens and online content, you are giving them away to this darkness. Your job as a parent is to push back against the currents that are trying to overwhelm your children. Don’t give your small children and adolescents a smartphone. No matter how much they beg for it. No matter how much your friends and neighbors look at you as strange for not getting with the program. Don’t do it. Children are being introduced to this content at younger and younger ages. It will be all that you can do to keep them away from friends and acquaintances at school who share this material on their own smart phones. The last thing that you need to do is to give them their own pipeline to this sewage. Don’t be so naïve to think that they won’t find this material. They won’t have to find it. It will find them unless you stand in the way.

I agree with Rod Dreher:

Parents have to build an anti-smartphone culture for their kids, and help each other stick to it. Eventually the kid will become older teenagers, but one hopes that they will have been morally formed to have self-restraint when it comes to pornography access on the thing.

Christian parent, building an anti-smartphone culture begins in your home, so start there. Your kids are not going to avoid this content by accident. They are only going to avoid it on purpose. That means that you have to be planning how you are going to train them to be vigilant over their own hearts (Prov. 4:23). This will take time—indeed an entire childhood—to form. And you will need to teach them how to handle technology as they grow into young adulthood. You will need to introduce access with intentionality and with limits. As you are doing so, they need guardrails from you to keep them on track until they can take the wheel themselves as young adults.

Mom and Dad, let’s agree together to be weird and countercultural for the sake of our children. They desperately need us to be this for them whether they realize it or not.

Denny Burk is Professor of Biblical Studies at Boyce College and is the President of The Council for Biblical Manhood & Womanhood.

UPDATE #1: The editor for the wellness section of Teen Vogue has made a defense of her editorial decision to include this article in the magazine. I respond to her defense here.

UPDATE #2: D. C. McAllister has published a very helpful article at The Federalist outlining the health risks involved with this type of sexual behavior among young women. She writes: