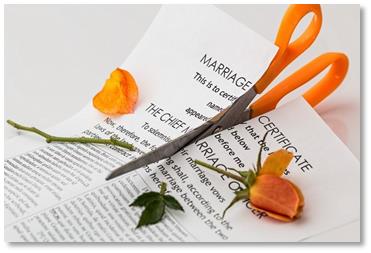 Meredith Maran had an interesting essay in The New York Times over the weekend: “I Got Gay Married. I Got Gay Divorced. I Regret Both.” In it, she describes her “marriage” to her lesbian partner in 2008 and the subsequent dissolution of their relationship in 2013. She regrets her gay marriage and divorce, but it is not because she is against gay marriage in principle. Rather she says this:

In many cities over many years, my wife and I had marched for marriage equality. We’d argued with the haters and we’d argued with the gay people who said that legal marriage would co-opt us, diminish us, turn us into a caricature of “normal” married people. We swore we could enjoy the rights only marriage conferred and still have our gender-fluid commitment ceremonies, our chosen-family configurations, our dexterity at turning friends into lovers and vice versa.

She admits that she and her partner never wanted the norms of marriage, but only the rights of marriage. As a result, she regrets her gay marriage only because it made breaking-up more difficult. Divorces are expensive and messy, and it turns out that both marriage and divorce cramped her gender-fluid “dexterity at turning friends into lovers and vice versa.”

I appreciate Maran’s candor in this article. I do think it is revealing. I suspect that many of those who marched for legal gay marriage in our country weren’t really that concerned about adding traditional marriage norms to gay relationships—norms of permanence, covenant, fidelity, etc. What they wanted was social acceptance of their relationships as they were already configured—many of which were admittedly “monogamish” rather than monogamous. The legal recognition served to remove a stigma, not to convert “dexterity” into permanence.

I suppose this point is obvious by now, but it is worth highlighting once again. Legal marriage has not transformed gay unions. Gay unions have fundamentally redefined marriage. The heterosexual norm will not be the only casualty in this redefinition, but norms of permanence and fidelity will be casualties as well. I am not suggesting that gay marriage is solely responsible for these shifts. I would argue that the ubiquity of no-fault divorce among heterosexuals paved the way for these transformations. But they are transformations nonetheless, and we have only barely seen the sad consequences of this revolution.