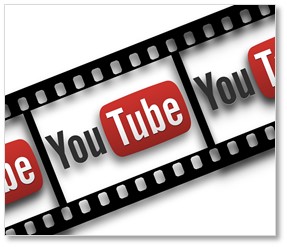 It’s time for my annual posting of the Top 10 YouTube Videos of the Year (see last year’s list here). This ranking is totally unscientific. Only one person was polled to compile this list—yours truly. This year’s slate of videos is mainly humorous, with some other odds and ends thrown in. They are not all YouTube videos this time. Three Facebook videos and one Twitter video made the cut this go round. If you think I’ve left something out, let me know. I’ll think about adding it to the “Honorable Mention” category at the bottom.

If you’re interested, here are links to lists from previous years:

The dad is Justin Beadles, and he happens to be an old friend of mine from seminary. He’s a pastor now in Stillwater, OK. And yes, he was hilarious back in the day too. This video was hilarious when I first saw it, but it was not surprising. Not. One. Bit.

This guy defends Waffle House after a newspaper reports that it failed its health inspection.

6. Heckler at Wimbledon Gets More Than He Bargained For

8. Blessed Are the Peacemakers

We need more people like him to step up! WOW! ???????? pic.twitter.com/SmYzuVJnqj

University of Mobile choral group called “Voices of Mobile” made a video that went viral. When I originally tweeted this video, it had nearly 6 million views on Facebook. Watch it, and you’ll see why.

In November, a soon-to-be-married reporter asked Coach Mike Leach for wedding advice. This is how Coach Leach responded.

Yes We Can: People Share Their Most Memorable Moments from the Obama Presidency

It’s been a long year and easy to forget that we began 2017 with one president and finished with a different one.