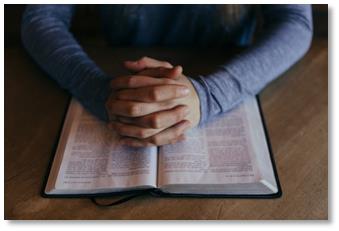 Jonathan Merritt and Garet Robinson have penned an article for The Atlantic with the inflammatory title, “Southern Baptists Embrace Gender-Inclusive Language in the Bible.” The subtitle continues, “America’s largest Protestant denomination has produced a revised translation that incorporates many features it had long condemned.”

No doubt the timing of this article is no accident. The Southern Baptist Convention (SBC) begins its annual meetings tonight in Phoenix, Arizona. It would indeed be a bombshell for messengers to learn as they arrive to the convention hall that their denomination has delivered a product that the rank-and-file have long opposed in resolution after resolution.

It would be shocking if it were true. But it’s not true. In fact, it’s demonstrably false. Merritt and Robinson’s article is not only riddled with factual errors. It also appears that they do not even understand the basic issues of the longstanding debate over gender-inclusive translations.

Merritt and Robinson claim that the first edition of the CSB was well-received in 2003 and that “the Bible battlefront quieted for more than a decade.” This statement is glaringly inaccurate. The year 2003 was about the time that the translation controversy began heating-up to a fever pitch—especially after the publication of the now defunct TNIV. There were a string
of publications weighing-in on the controversy through the early to mid-2000’s. And even after that, the controversy was never entirely over.

My point is simply this. Merritt and Robinson reveal very little evidence of familiarity with the debate or with the issues in contention. The result is an article with so many problems that I can’t even begin to catalogue them all in a single blog post. But for the sake of illustration, I’ll cite two examples:

(1) Merritt and Robinson make no mention of the fact that the CSB follows the Colorado Springs Guidelines in its approach to gender language. The Colorado Springs Guidelines were drafted in 1997 in the wake of news that the NIV would be producing a gender-neutral revision. On May 27, 1997, James Dobson convened a meeting of evangelical scholars and leaders that drafted a set of guidelines for handling gender language. Those guidelines have long been regarded by both sides of the debate as a standard for those opposing gender-neutral translations. The CSB translators followed those guidelines, an observation which leads me to my second point.

(2) Merritt and Robinson allege that “a number of the same ‘gender-neutral’ elements that the SBC previously condemned were inserted into its own translation.” If Merritt and Robinson had consulted the Colorado Springs Guidelines, perhaps they would not have made such an inaccurate statement. Perhaps they would have noticed that the examples they cite of “gender-inclusive” renderings in the CSB follow the Colorado Springs Guidelines!

For example, Merritt and Robinson point out that,

The CSB now translates the term anthropos, a Greek word for “man,” in a gender-neutral form 151 times, rendering it “human,” “people,” and “ones.” The previous edition had done this on occasion; the new revision adds almost 100 more instances… The CSB translates the term adelphoi, a Greek word for “brother” in a gender-neutral form 106 times, often adding “sister.”

Merritt and Robinson see this as an example of gender-inclusive translation, but the Colorado Springs Guidelines allow for certain instances of anthropos to be translated in a gender-inclusive way. The same is true for adelphoi, which often does refer to “brothers and sisters.” What Merritt and Robinson fail to understand is that these points are fairly uncontroversial in the larger debate.

I should also mention one other thing. I know the translators of the CSB. There is a reason that they agreed to follow the Colorado Springs Guidelines. The translators themselves all oppose gender-inclusive renderings of scripture that mute masculine expressions.

I have been following the gender-inclusive translation debate in scholarly and popular literature for over a decade. I am also the president of the Council on Biblical Manhood and Womanhood, an organization devoted to upholding what scripture teaches about men and women and their respective roles in the home and in the church. I know what gender-inclusive translations look like, and I am on the record opposing them. The CSB is not a gender-neutral translation of scripture, nor were the CSB translators trying to produce one. On the contrary, the translators intended to produce an accurate translation that faithfully renders what the authors of scripture intended to communicate. The CSB has admirably achieved this goal. The critiques of Merritt and Robinson in The Atlantic are completely off-base.

The RSV rightly renders the underlying Greek term as “husband” (Gk. andra). The gender-inclusive NRSV mutes the fact that Paul is not talking about married people in general but about a “husband” in particular. By eliminating the clear masculine meaning of the underlying Greek, the NRSV obscures the fact that Paul intends for pastors to be qualified men.

Gender-inclusive translations of scripture routinely do this kind of thing. They obscure masculine oriented details of the source text. By following the Colorado Springs Guidelines, the CSB translators have taken pains to avoid this kind of thing. For Merritt and Robinson to suggest otherwise is to misrepresent the CSB.