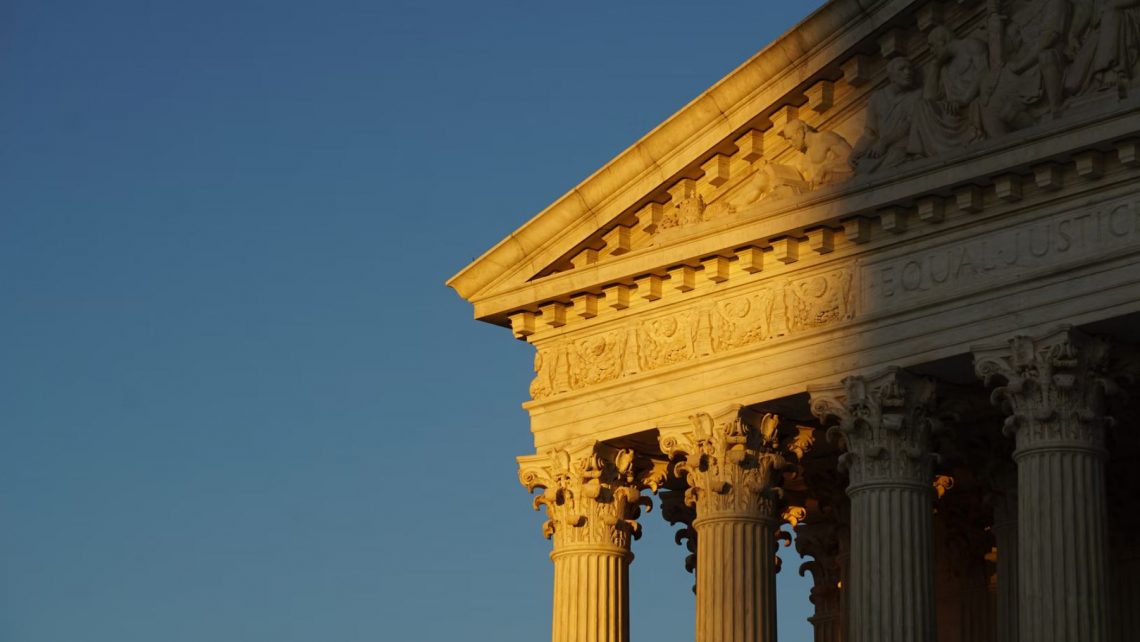 On January 22, 1973, Roe v. Wade and its companion decision Doe v. Bolton effectively made abortion-on-demand a Constitutional right in the U.S. through all nine months of pregnancy. Since that time, the regime of Roe has presided over the legal killing of 63 million children. That is more than ten times the people killed in the Jewish holocaust. Roe formed the legal basis for what has become without question the greatest human rights crisis of our time—that a whole class of human beings have been excluded from the human community by our legal system.

Today, all of that changed. The Supreme Court of the United States has spoken in no uncertain terms in its long-awaited Dobbs decision:

“Held: The Constitution does not confer a right to abortion; Roe and Casey are overruled; and the authority to regulate abortion is returned to the people and their elected representatives.”

This result is something that pro-lifers have been praying and working towards for nearly fifty years. At times, it seemed that this day would never come. The text of scripture that has been ringing in my heart today is Psalm 103:1, “Bless the LORD, O my soul, and all that is within me, bless his holy name!” The end of the regime of Roe is an unmitigated good, and we would do well to render thanks to God for it.

It is fitting that Roe was decided in the dead of winter and that Dobbs is decided in the warmth of June. It’s the difference between the White Witch and Aslan. Now pro-lifers get to claim June 24, 2022 as our own. No more “March for Life” or “Sanctity of Human Life” observances in the chill of winter. We will mark this historic day and our continuing struggle in the bright light of June. Let’s tell the Pride revelers to move over. June will be “Life Month” going forward.

What’s Next for Prolifers?

The pro-life cause doesn’t end today. Today is Normandy, not Berlin—which means that today’s victory is the beginning of a long struggle ahead. The Supreme Court’s Decision says that abortion regulation is a matter that properly belongs to the people through their elected legislatures. Eighteen states already have “trigger laws” in place that immediately go into effect to restrict abortion now that Roe is overturned. But in many states, it will still be legal to kill human beings in the womb. That means that pro-lifers have their work cut out for them. After 49 years of hard work and today’s hard-won victory, the pro-life movement is only just getting started. We will keep going until every life–from conception to natural death–is protected in law.

If you are pro-life, get ready for some difficult days ahead. For the left, death has been their creed and abortion has long been their sacrament. They are already apoplectic. Why? Because this has never been merely about the “right to privacy” or anything like that. For them, this has always been about freeing women from the consequences of their own fertility for the purpose of social empowerment. That is what this is about for them.

Why the Left is Apoplectic

Abortion is part and parcel of the sexual revolution. It is also an axiom of feminism. If men can have free and frequent sex without having to worry about a child growing in their body, then women must have that same option. Birth control technologies exist to emancipate women from the natural end of their fertility. If birth control fails, then abortion is the failsafe. If sexually active men don’t have to carry a baby to term, then why should women? How can there be equality of the sexes in the workplace and elsewhere if only women have to carry this burden? Thus, there can be no sexual freedom or feminist equality unless women are emancipated from the consequences of their own fertility. Without the pill and abortion, the revolution would fall on its face. And we can’t have that, can we?

That is the logic of the left, and they are fanatically committed to it. For the last 49 years until today, the Supreme Court has held abortion to be a Constitutional right through all nine months of pregnancy. Pro-abortionists see their pet holocaust slipping away from them, and there are some who will employ the lowest, meanest, vilest of tactics to make sure the killing never stops. Be ready for bitter recriminations in the days ahead. Let’s pray that the “Night of Rage” planned for tonight by a militant abortion-rights group comes to nothing and that pro-lifers will not be intimidated by them.

The Most Consequential Pro-Life President

I have said this before, but it bears repeating again. Everyone who reads this space knows that I was a strident NeverTrumper in 2016. One of my main reasons for being one was that I did not believe candidate Trump when he promised to appoint originalist judges. At the time, I had reasons for believing that he just couldn’t be trusted to come through. I was wrong about that. President Trump came through on that promise in the appointments of Justices Gorsuch, Kavanaugh, and Barrett. In the case of Kavanaugh especially, President Trump stood beside him through a withering political onslaught. The President deserves credit for that.

Ironically, these appointments and the Dobbs decision have proven former President Trump to be the most consequential pro-life President in the history of the United States. Which means that I was not only wrong in my 2016 prognostications, but epically wrong. I still have my frustrations with the former President—his conduct after the 2020 election and on January 6 not least among them—and I still offer no political endorsements in this space. Nevertheless, I have to acknowledge that the overturning of Roe in the Dobbs decision is an unmitigated good for our country. For that reason, I couldn’t be happier to have been proven wrong.

During my sophomore year in college not long after the Casey decision, I announced to my parents during dinner one night how foolish it is to be a single-issue voter. At home for a break, I had fallen under the spell of my charismatic political science professor and thought I’d grace the family with some of his wisdom on abortion politics. Well, it didn’t go so well. It was a fork-drop moment for mom and dad, but they turned it into a teachable moment for me—a moment to persuade me about the transcendent nature of the abortion issue in our politics. About the moral priority of doing everything we can to protect every human life from conception to natural death. My parents ultimately convinced me, and I never looked back. Thank God for them.

And thank God for the decision today. Who could have imagined in the immediate aftermath of Casey that the Supreme Court would ever go back on Roe? And yet here we are.