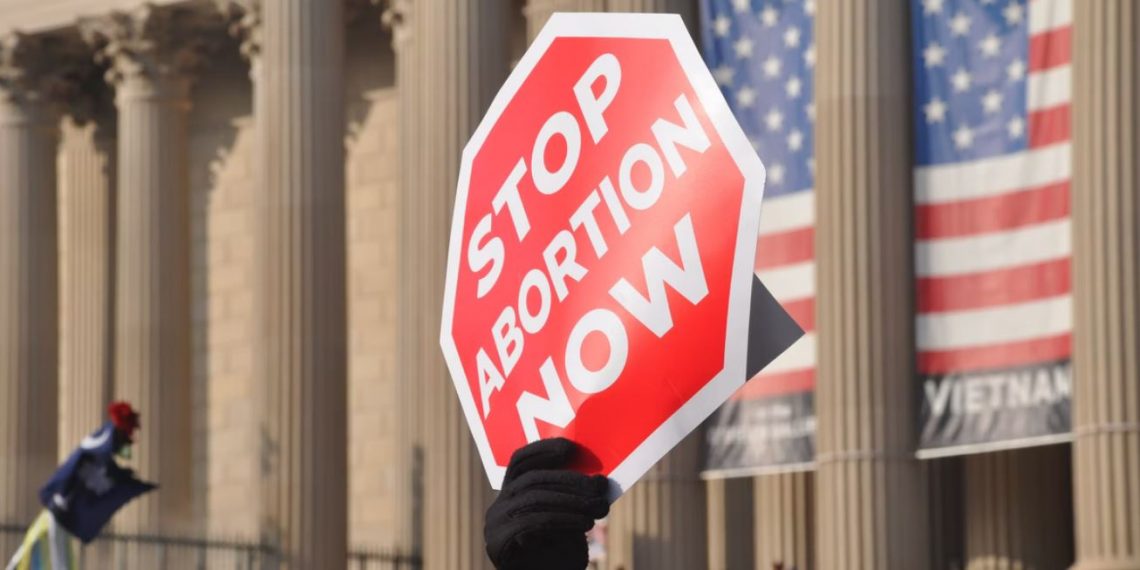 One of the perennial points of debate between pro-lifers and abortion advocates is why pro-lifers don’t support laws to punish women who obtain abortions. Some abortion proponents even argue that this is some sort of inconsistency on the part of pro-lifers—as if not prosecuting women who get abortions reveals that we don’t really believe an abortion actually kills a human being.

More recently, abolitionists have agreed with abortion advocates on this point. Abolitionists contend that consistency requires pro-lifers to support the prosecution of the women who subject themselves to abortion procedures.

So what’s going on here? Are pro-lifers inconsistent? Should we be passing laws to prosecute post-abortive women? I don’t believe we pro-lifers are at all inconsistent on this point, and I think it might be helpful for everyone to revisit the reasons mainstream pro-lifers have held this view for decades.

Pro-lifers believe that it should be illegal to perform abortions. Thus we favor policies that punish those who perform abortions, not the mothers who allow them. Why? The answer has both a moral and legal dimension.

I’ve been asked several times today to comment on Trump’s statement about prosecuting women who have abortions. Due to time constraints, I will reply here.

Suppose unborn humans are once again protected in law. What’s wrong with a law that says you can’t intentionally kill innocent human beings and if you do, there will be consequences?

But as to what those consequences should be in this case hinges not only on the circumstances of the act (who can possibly say what the consequences should be until all the relevant facts are known?), as it does on all homicide cases, but also on whether there’s been what Criminology Professor Mike S. Adams calls a “meeting of the minds.” That is to say, did the woman contracting the abortion have the same understanding of the act and same proximity to it as the abortionist? I think most agree that the abortionist knows exactly what he’s doing while the aborting mother may not fully understand. For example, the abortionist assembles the instruments used to dismember the fetus and often views the child on an ultrasound machine during the dismemberment procedure. He uses a doppler devise, inaudible to the patient, to detect crushing fetal heartbeat. (See abortionist Warren Hern’s book, “Abortion Practice.”) His acts are clearly premeditated. True, the mother and the abortionist have a meeting of the minds in that they agree on having the abortion, but they rarely meet beyond that point because the mother rarely knows what the abortionist knows.

In other words, in these kinds of cases, it’s very difficult to prove that there’s been a meeting of the minds in a court of law. Thus, pro-life lawmakers have traditionally chosen to focus on stopping the killing by proposing harsher penalties for the abortionist than for the mother. Admittedly, one could still argue that, strictly speaking, proposing a lesser penalty for one party is inconsistent. But isn’t that true of many homicide cases? We’ve all heard of cases where a mother kills her newborn or toddler and gets no jail time whatsoever. (See, for example, “Judge shows mercy on mother with post-natal depression who killed her baby as he spares her jail,” Daily Mail, Nov. 12, 2013.)

But again, even if pro-lifers are inconsistent on the issue of consequences, how would that in anyway prove the unborn are not human or that intentionally killing them is justified? At best, it proves individual pro-lifers are failing to consistently apply their ethic, not that they’ve failed to make a case for the humanity of the unborn and the inhumanity of abortion. Thus, the alleged inconsistency of pro-lifers is no help to the abortion-choice argument.

Notice that Kussendorf’s argument does not exclude the possibility of legal consequences for the mother. He simply addresses the difficulty of crafting a legal standard that would take into account the vicissitudes of every situation. The issue is whether there has been a true “meeting of the minds” in which the woman contracting the abortion has the same understanding of the act and same moral proximity to it as the abortionist. Does she know that abortion involves the killing of a human being? Was she coerced? Etc. To be sure, many women know exactly what they are doing when they get an abortion. But many others have imbibed the lie that they are simply having an inhuman clump of cells removed. Both women have moral agency and culpability, but do they really have equal culpability regardless of whether there has been a true “meeting of the minds”? What specific public policy would take account of both kinds of situations?

Klussendorf’s argument is also reflected in biblical ethics. The Old Testament law treats the killing of innocents as a transgression. But it also recognizes a sliding scale of culpability based on one’s intentionality in the act. The difference between manslaughter and first degree murder is not a distinction without a difference (see Numbers 35). For more on this, read here.

To be clear, the humanity of the unborn is not in question. What is in question is the mother’s intentionality in the act. In his book Defending Life, Francis Beckwith puts a finer point on it:

If abortion is made illegal… [those crafting laws and penalties] will have to take into consideration the following facts. (1) Unborn human beings are full-fledged members of the human community and to kill them with no justification is unjustified homicide. (2) Because of a general lack of understanding of the true nature of the unborn child – likely due to decades of cultural saturation by abortion-choice rhetoric and little serious philosophical reflection on the pro-life position by the general public – most citizens who procure abortions do so out of well-meaning ignorance. (3) The woman who will seek and obtain an illegal abortion is really a second victim. Women who seek illegal abortion will probably do so out of desperation. Not realizing at the time of the abortion that the procedure kills a real human being, some of these women suffer from depression and guilt feelings after finding out the true nature of the unborn.

I would add to these observations that while some mothers may be ignorant of what they are doing, there is such a thing as culpable ignorance. That means that some people who don’t know better should have known better (Luke 23:34). So yes, she is morally implicated.

Many Christian women who have had abortions will tell you through tears that they have repented of their abortion. They are right to repent because they were undoubtedly submitting themselves to a great evil. Some did so high-handedly knowing exactly what they were doing, but many others did not actually come to terms with the truth until after their abortion. Sadly, many of them were catechized by pro-abortion propaganda and were deceived all the way through their abortion. So are these women morally responsible? Yes, but their culpability may not be the same as that of the abortionist—the one who knows exactly what he is doing.

The debate about prosecuting women who have abortions is not merely about whether they are morally implicated in their abortion. They certainly are. The issue is about how best to shape public policy to stop those who perform abortions. And that is why the next consideration is pivotal.

2. Legally, prosecuting the mother can undermine the state’s ability to punish the abortionist. Americans United for Life has a helpful article that you can read on this. I highly recommend that you read the whole thing. But here’s a relevant excerpt:

Why did the states target abortionists and treat women as a victim of the abortionist?

The irony is that, instead of states prosecuting women, the exact opposite is true. To protect their own hide, it was abortionists (like the cult hero and abortionist Ruth Barnett when Oregon last prosecuted her in 1968), who, when they were prosecuted, sought to haul the women they aborted into court. As a matter of criminal evidentiary law, if the court treated the woman as an accomplice, she could not testify against the abortionist, and the case against the abortionist would be thrown out.

In short, as a matter of policy, prosecuting mothers would likely undermine the ability to prosecute abortionists. There is evidence that this was likely the reason why state laws prohibiting abortion before Roe didn’t seek to punish the mother. James Witherspoon explains:

Often the only testimony which could be secured against the criminal abortionist was that of the woman on whom the abortion was performed; perhaps the woman was granted complete immunity so that she would not be deterred from revealing the crime or from testifying against the abortionist by any risk of incurring criminal liability herself. That the non-incrimination of the woman’s participation was motivated by this practical consideration is indicated by the fact that those states which did incriminate the woman’s participation often enacted statutes granting a woman immunity from prosecution in exchange for her testimony, or providing that this evidence would not be admissible in any criminal prosecution against her.

Does this answer all the moral and legal questions surrounding this issue? No, but it is a start. And it also clarifies why the pro-life movement has rejected attempts to prosecute women for getting an abortion. Rather, the focus has been on treating them with care and compassion. And now with Roe v. Wade on the cusp of being overturned, we might now be able to enlist these women in the effort to prosecute their abortionists.

Abolitionists today wish to prosecute post-abortive women. Do they realize that this approach may vey well make it impossible to successfully prosecute the actual abortionists? Do they really want to put the woman on the side of the abortionist and thereby discourage her from helping the prosecution of the abortionist? I hope not. In my view, a consistently pro-life position will always stay laser-focused on supporting public policy that punishes the abortionist. In the long run, this is the best way to abolish abortion, and I hope and pray the abolitionists will eventually be able to see that.