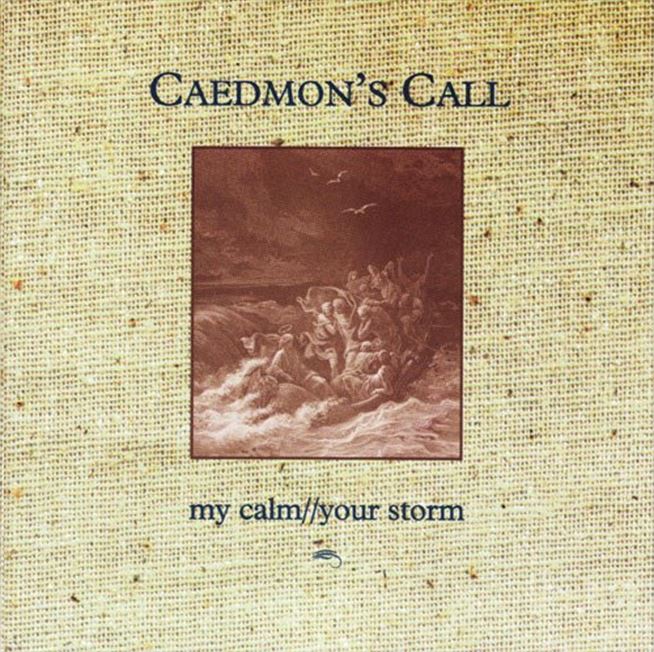 I love Derek Webb. I first started listening to his music in 1994 when I was in college and when he was in Caedmon’s Call. I will never forget the first time I saw Derek perform live with Caedmon’s (circa 1995). It was at Tulane University in New Orleans, and I and the other hundred or so people were mesmerized for the entire concert. When I heard Derek sing and play “Bus Driver” that night, he became my favorite of the group. It was one of the best shows I’d ever been to.

Caedmon’s Call was supposed to be playing Christian music, but it didn’t sound like any of the “almost-as-cool-as-the-real-thing” Christian music that was being produced in Nashville. The stuff Caedmon’s was playing was lyrically profound and musically brilliant. From the very beginning, it was the lyrics and the music that held me. And as the years went by, both seemed to get better and better.

For me, the high water mark of Derek’s stint with Caedmon’s was 40 Acres. Everything seemed to come together on that album. I thought he had been reading my mail when I first heard the lyrics to “Table for Two”:

I’m not gonna worry ’bout nothin’.
Cause if the birds and the flowers survive,
Then I’ll make it okay. . .

Well this day’s been crazy
But everything’s happened on schedule,
from the rain and the cold
To the drink that I spilled on my shirt.
‘Cause You knew how You’d save me
before I fell dead in the garden,
And You knew this day
long before You made me out of dirt.

And You know the plans that You have for me
And You can’t plan the end and not plan the means
And so I suppose I just need some peace,
Just to get me to sleep

At that particular time in my life, the lyrics were a Godsend. It was a confession of faith in a sovereign God who was going to take care of me no matter what. The music, the lyrics, and the ministry were resonating with me in a deep way.

That’s why I (and many others) celebrated the news in 2002-2003 that Derek would be breaking away from Caedmon’s to do a solo album. That solo album, She Must and Shall Go Free, did not disappoint. I thought Derek manifested a new apprehension of the Gospel in these songs, and I was tracking right along with him.

In these lines, I saw myself as the one with all the “history,” and I saw Jesus with the “bread and wine.” Again, the music was outstanding, and the lyrics were deepening.

I’m reviewing all this history because the rest of what I am about to say wouldn’t make sense if I didn’t. Given all that Derek has written before, I do not understand where he is going with his latest album Mockingbird. The music is still great. If you haven’t heard the album yet, you can listen to two of the songs for free at Derek’s website: www.derekwebb.com.

Yet as I hear and read the lyrics, I see a new trajectory in Derek’s thought. To be sure, much of the message is good stuff. Nevertheless, a good portion of the album reads like a left-wing political tract.

In “A King & A Kingdom,” he complains against all the Christians who teach that “Jesus Christ was a white, middle-class Republican.” He embraces pacifism and opposition to the death penalty in a song that follows a twenty-three second instrumental titled “A Consistent Ethic Of Human Life.” One even detects an oblique protest of the Iraq War in the song “My Enemies are Men Like Me,” where Derek writes: “I will protest the sword if it’s not wielded well.”

I am reading all of this, and I’m asking myself, “What’s going on with Derek Webb?” I am honestly in the dark here. I can’t figure out why all of a sudden he’s engrossed with anti-conservative politics. Is it just me, or does anyone else see what I am talking about?

In any case, I still really like the music, even if I am scratching my head at the lyrics.