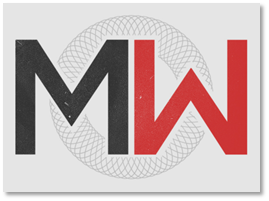 Over the last several weeks, the evangelical interwebs have been astir with debates about women preaching and complementarianism. I have noticed in much of this discussion that there seems to be much confusion about what complementarianism is. As a result, some of us have been trying to address this confusion in hopes of shedding some light on the matter (see here, here, and here).

But that is not my purpose in this short post. Rather, what I would like to do is make a brief historical point about the origin and referent of the term complementarian. While it was common for older commentators to point out that Adam and Eve were a complement to one another1, the exact term complementarian did not appear in theological discourse until the late 1980’s. Some writers have therefore given the impression that the entrance of the term into the lexicon marked out a theological innovation—a peculiar expression of baby boomer theology that is soon to peter out when the baby boomers are no more. In this kind of analysis, the term reduces to a sociological descriptor rather than a theological one.

I think this kind of analysis sort of misses the point. Complementarianism was not first and foremost a sociological descriptor or movement. Nor was it describing an ethos or a set of extrabiblical stereotypes. The term emerged as a shorthand to describe the theological vision of The Danvers Statement. So what then is The Danvers Statement?

In 1986, John Piper, Wayne Grudem, Susan Foh, Wayne House and a handful of others met in Atlanta, Georgia to strategize a biblical response to a rising tide of feminism that they perceived within evangelicalism. A year later in 1987, they met again, this time in Danvers, Massachusetts to finalize a theological statement of principles for a new organization that they wished to found. That statement became known as The Danvers Statement, which summarizes the Bible’s teaching about male and female roles within the church and the home.

In 1988, a year after The Danvers Statement was published to the world, the term complementarian was coined as a label for their position. Wayne Grudem explains:

For those first two years [1987-88] we were still a very secret, by-invitation-only group. But by December, 1988, at the ETS meeting at Wheaton College, we were ready to go public. We announced the formation of the Council on Biblical Manhood and Womanhood (CBMW) and handed out brochures. We even had a press conference (Christianity Today showed up, but nobody else). We coined the term “complementarian” as a one-word representation of our viewpoint.2

Grudem says that the group coined the term complementarian at a breakfast meeting of the CBMW council in the main dining room of Lisle Hilton on the morning of the press conference. John Piper, Wayne Grudem, Bruce Waltke, Wayne House, Kent Hughes, and a handful of others were all there for the 1988 meeting where the term emerged.3

The group specifically coined “complementarian” to refer to the theological position summarized in The Danvers Statement. For this reason, The Danvers Statement has been the touchstone of complementarian conviction ever since. Why did they choose such a strange neologism to describe their position? It’s not because the theological position was new. It was quite ancient actually. They settled on this word because there simply wasn’t another one that adequately described their view. The term has a profound exegetical and linguistic root in the Hebrew of Genesis 2:18 (kenegdo), which the lexicons define as “corresponding to.”4 In their introduction to Recovering Biblical Manhood & Womanhood, Piper and Grudem explain why they chose this term:

If one word must be used to describe our position, we prefer the term complementarian, since it suggests both equality and beneficial differences between men and women. We are uncomfortable with the term “traditionalist” because it implies an unwillingness to let Scripture challenge traditional patterns of behavior, and we certainly reject the term “hierarchicalist” because it overemphasizes structured authority while giving no suggestion of equality or the beauty of mutual interdependence.5

In the mid-2000’s there were some complementarians who suggested that “biblical patriarchy” might be a better term.6 This particular suggestion emerged in the wake of Bradford Wilcox’s work on soft patriarchs.7 But that term was ultimately deemed no less problematic than “traditionalist” or “hierarchalist.” In a 2006 faculty lecture, Andreas Köstenberger argued that “patriarchy” simply has too many negative connotations owing to decades of feminist propaganda.8 Three years earlier, Dan Block had suggested “patricentrism” as an alternative, but that never caught on either.9

To date, there really hasn’t been a better term than complementarianism to describe the position outlined in Danvers. Danvers envisions an equality between male and female that cannot be reduced to undifferentiated sameness. It celebrates complementary differences between male and female image-bearers. As Danvers states, “Both Adam and Eve were created in God’s image, equal before God as persons and distinct in their manhood and womanhood… Distinctions in masculine and feminine roles are ordained by God as part of the created order, and should find an echo in every human heart.” That is complementarity. That is why the authors of the Danvers Statement chose that word to designate their view, and it is why we still use the term today.

So how are any of these arcane points relevant to current discussions about biblical manhood and womanhood? The key thing for us to understand is that the term complementarian was coined to refer to the teaching of The Danvers Statement. What this means is that while complementarianism emerged in a particular sociological context, it cannot be reduced to sociological categorization. Complementarianism is first and foremost a theological position that is rooted in a long history of exegesis of biblical texts such as Genesis 1-3, 1 Timothy 2:12, 1 Corinthians 11:2-16, etc. Complementarianism also has deep roots in natural theology.

Recently, I have read warnings of complementarianism’s impending demise. Complementarianism, they argue, is faltering because it is more of a sociological phenomenon owing to boomer evangelicals who wish to resurrect 1950’s sexual stereotypes. This analysis in my view fails to take into account the theological claims of complementarianism—claims which are either true or not true, quite apart from their particular social location. In other words, if someone wants to make the case that complementarianism is failing, then they need to show in what ways the vision of The Danvers Statement fails as a theological proposition. Anything short of that is an evasion that fails to deal theologically with what is in essence a theological question.

1 E.g., Derek Kidner’s commentary on Genesis: “Companionship is presented in Eden as a primary human need, which God proceeded to meet by creating not Adam’s duplicate but his opposite and complement, and by uniting the two, male and female, in perfect personal harmony. Derek Kidner, Genesis: An Introduction and Commentary, vol. 1 (Downers Grove, IL: InterVarsity, 1967), 38.

2 Wayne Grudem, “Personal Reflections on the History of CBMW and the State of the Gender Debate,” The Journal for Biblical Manhood & Womanhood 14, no. 1 (2009): 14.

3 Wayne Grudem described these details to me in a private email dated June 17, 2019.

4 John Piper pointed this out in a private correspondence about this point. Piper elaborates: “What thrilled Adam when he woke up to this new creature was that she was gloriously the same and gloriously different and complementary” (private email dated June 19, 2019).