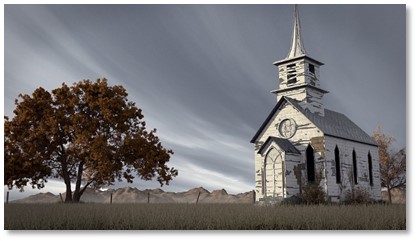 Yesterday, Owen Strachan weighed-in on a long-standing conversation evangelicals have been having about the role of women in ministry. Strachan addresses in particular an intra-complementarian debate about whether women should preach to the gathered congregation. This particular angle is occasioned by recent remarks from Southern Baptist women indicating that they plan to be preaching Sunday morning worship services on Mother’s Day. Strachan concludes:

Women should not preach or offer public teaching in the gathered worship service in local churches. The call to local church leadership is not dependent upon gifting or talent; it is based on the creation order of almighty God. For a woman to teach and preach to adult men is to defy God’s Word and God’s design.

The corollary of not ordaining women is to make sure that every role legitimately open to unordained men and women is filled with women as well as men (p. 34).

The matter of ordaining women is not an issue of justice, but marginalizing them is an issue of injustice.

There is injustice to be addressed, and biblical practices should be restored in the way women’s gifts are deployed, or fail to be deployed, in churches with complementarian or even more rigid philosophies. I am frequently embarrassed by others who use the title “complementarian” but who go beyond Scripture to legislate arbitrary rules about the age of boys when women must not teach Sunday school to them any longer, or whether a female small group leader should have a male co-leader if the group is mixed, and so on…

These nonbiblical boundaries fall under Jesus’ condemnation of obeying “the traditions of men” instead of “the commands of God” (Mark 7:8) (pp. 32-33).

For Keller, any stricture on women’s ministry outside ordination is an unjust and sinful limitation of those women. They must be allowed to teach and lead the men of the congregation, or else something unjust and wrong has occurred in the church.

I have written about this issue numerous times in the past (e.g., here and here), so it is no secret where I stand on all this. Still, it is worth considering Kathy Keller’s challenge on this point. Is it really “injustice” and “disobedience” when churches do not allow women to teach or to lead men? This is a question worth considering because contemporary conversations are being pressed more and more in terms of justice.

I want to argue that it is never unjust to obey scripture. I actually think both sides of this dispute would agree with that statement, and that is why it is not helpful to cast this debate as a justice issue. Rather it should be understood primarily as a Bible issue. What does the Bible actually teach about women leading and teaching men?

In my view, Keller’s argument founders on this point—what the Bible teaches. There is a verse in the Bible that on its face prohibits women from teaching and leading men:

1 Tim. 2:12 “But I do not allow a woman to teach or exercise authority over a man, but to remain quiet.”

So how does Keller get from “I do NOT allow a woman to teach or exercise authority over a man” to “I DO allow a woman to teach and to lead a man”? Keller’s interpretation of this verse relies heavily on Craig Blomberg and well-known egalitarian NT scholar Phillip Payne. She argues that there is a hendiadys in this text so that Paul isn’t prohibiting two things (teaching and authority) but one thing (teaching with authority). So the only kind of teaching that Paul prohibits to a woman is the kind that an elder would do—the kind that renders “the final judgment of truth versus heresy” and that has the “power of discipline” behind it (p. 20).

Keller is a Presbyterian, and there are some ecclesiological differences that are driving some of our disagreements here. Her view relies on a view of ordination that many Baptists like myself reject (here’s the view I would commend). Also, Keller believes that elder authority consists of the ability to excommunicate sinning church members. This too is at odds with what congregationalists like myself believe the Bible teaches about church discipline. In the Bible, the congregation has the power to excommunicate, not any single elder (see Matt. 18:15-20; 1 Cor. 5:1-13; 2 Cor. 2:6). For this reason, Keller’s contention—that a woman should be allowed to do anything an unordained man can do—has no purchase at all within Baptist and free church congregations. Our views on ordination are very different at this point.

But the heart of our difference really is the interpretation of 1 Timothy 2:12. I have written extensively about this in Women in the Church (Crossway 2016). In the same volume, Andreas Köstenberger and Al Wolters have argued decisively against the presence of a hendiadys in 1 Timothy 2:12, and their conclusions have largely been accepted even by egalitarian interpreters. The bottom line is that Paul prohibits both teaching and exercising authority over a man. This means that he forbids not only the office of elder to a woman but also the function of an elder when it involves teaching men.

Paul is prohibiting two things, not one thing. He’s saying that women should not teach or exercise authority. He’s not talking about all teaching—as if a woman can’t teach geometry or reading or arithmetic to anyone. The word for teach in this context specifically refers to teaching and exhorting people to obey Christian doctrine (cf. 1 Tim. 4:11; 6:2; 2 Tim 2:2). In other words, it applies to those who would teach and preach the Bible.

Paul does not deny that women can be gifted Bible teachers. There are many women who are very gifted Bible teachers. Paul is simply saying that the exercise of their teaching gifts must be within certain bounds. Women aren’t allowed to teach men in the gathered assembly. Nor are they allowed to “exercise authority,” which at the very least means that women are not to be pastors. As the following chapter makes clear, the pastorate is reserved only for qualified men (1 Tim. 3:1-7). Not all men, but only those who meet certain qualifications and who are recognized as elders by the rest of the church.

So this text prohibits both teaching and exercising authority. Why? What is the reason for this? There are some people who think that women are prohibited because they aren’t quite up to snuff intellectually. One pastor, for instance, says it this way:

Without blushing, Paul is simply stating that when it comes to leading in the church, women are unfit because they are more gullible and easier to deceive than men. While many irate women have disagreed with his assessment through the years, it does appear from this that such women who fail to trust his instruction and follow his teaching are much like their mother Eve and are well-intended but ill-informed…1

This is a woefully inadequate reading of this text for a couple of reasons. First, women are called on to teach other women in Titus 2:3-4. If they are incompetent to teach, then they shouldn’t be teaching anyone—much less those are deemed (on this view) to be the most gullible in the church! But that’s not the case. Paul tells Titus that older women are to teach younger women, so Paul is hardly prohibiting women from all teaching.

Second, the text does not say that women are prohibited because they are more gullible. The reason for the prohibition is in verse 13: “For it was Adam who was first created, and then Eve” (1 Tim. 2:13). Paul grounds his prohibition in the order of creation. The role of leader in the first marriage was Adam’s. His leadership was established in part on the basis that God created him first (a principle of primogeniture). The order of creation establishes male headship (cf. 1 Cor. 11:3; Eph. 5:23), and a woman teaching and exercising authority overturns this order (which is the primary point of Strachan’s essay and which he is right about).

As a complementarian who affirms the Danvers Statement, it is also worth highlighting an item that is relevant to this whole conversation: “some governing and teaching roles within the church are restricted to men (Gal 3:28; 1 Cor 11:2-16; 1 Tim 2:11-15).” The Danvers Statement is admittedly pretty general as far as complementarian statements go. It allows for differences of opinion about who does teaching in Sunday school and other contexts. Nevertheless, Danvers does say that some teaching roles are restricted to men, and it makes this assertion in connection with 1 Timothy 2:12. This perspective seems at odds with a statement like “anything that an unordained man is allowed to do, a woman is also allowed to do.” The latter statement says that there are virtually no restrictions on unordained women, but Danvers says that there are at least some.

At the end of the day, however, our ultimate authority is not any doctrinal statement. Our ultimate authority is scripture. Doctrinal statements either faithfully reflect scripture or they don’t. In this case, I think Danvers is correct. Paul does in fact prohibit women from some teaching roles. In 1 Timothy 2:12, that includes any role that has a woman teaching over a man.

I understand that our differences over these things are not first order issues. These are unquestionably second order concerns. And I am grateful that I otherwise share so much in common with many brothers and sisters on the other side of this issue. Nevertheless, that does not mean that the issue is unimportant. We are after all talking about what the scripture teaches, and second order concerns by definition define who we can link arms with in church and denomination contexts. The last thing that I want is for those relationships to be strained, which is why I hope and pray that the Lord might draw us closer together in common conviction about what scripture teaches.

What about the question of gender in church leadership roles? Do we by our practice run the risk of making our doctrine seem arbitrary? That is, do we assiduously guard ordination of elders (because of 1 Timothy 3 and Titus 1), but obscure the divine pedagogy in the consistent symbol that we present by men being the teachers in small groups and Sunday school classes?

Women are highly honored in Scripture. Men and women both are made in the image of God. Furthermore, God has used women singularly in expressing truth about him. Miriam sang (Exodus 15); Hannah prayed (1 Samuel 2); and Mary glorified the Lord (Luke 1:46–51). Deborah was raised up as a judge in Old Testament Israel ( Judges 5) (though that was not a normal appointment for a woman). Elizabeth and Anna both prophesied publicly about the coming of Christ (Luke 1:42–45; 2:38). (It is interesting how many of these instances have to do with childbirth, part of God’s special role for women; cf. 1 Tim. 2:15.) Scripture presents no bar to women teaching men through occasional prayer and prophesy (1 Corinthians 12), nor in personal conversation (as with Aquila and Priscilla and Apollos in Acts 18:26).

But the choice of men as public preachers of God’s Word is consistent with the role God has assigned men in bearing his image as elders and husbands. Most men are not elders. Many men (like Paul, and even Jesus himself ) are not married. But husbands and elders both are to model something of God’s own authority, and this is echoed rather than contradicted when the adult teaching ministry of a church is conducted by qualified and gifted men.