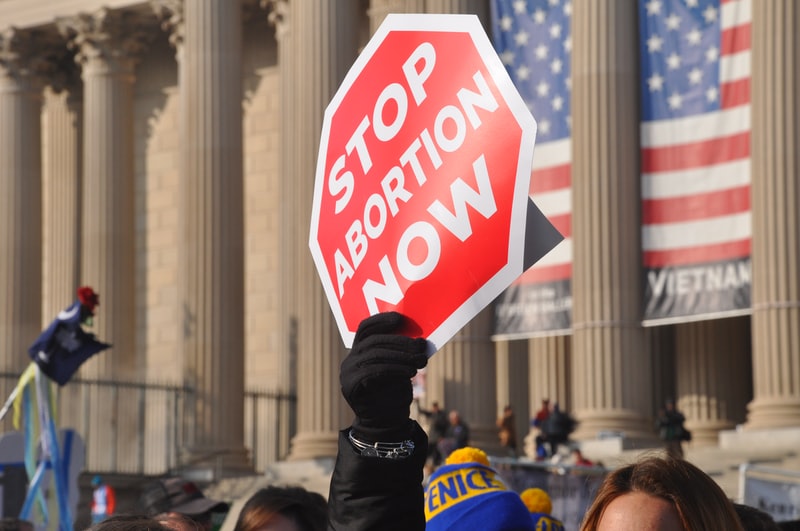 Doug Wilson has posted an interesting article today about the abolitionist and incrementalist approaches to opposing abortion. If you are unfamiliar with this debate, then I direct you to a piece I wrote about it last summer (here). Wilson and I both hold to incrementalism—that is, while we both want to see the abolition of legal abortion, we support policies that would reduce abortion along the way to that ultimate goal (like the new “heartbeat” law in Texas).

Incrementalism is the mainstream pro-life position. Incrementalism does not entail an endorsement of every incrementalist measure. Indeed, some such measures could be ill-conceived and imprudent or perhaps surrendering too much on principle. Incrementalism is simply an affirmation in principle that it is good to save as many lives as possible on the way to total abolition and then working toward that end. Of course abolitionists vociferously disagree with pro-lifers on this point and will not support any policy that is anything less than total abolition (which is why abolitionists oppose the Texas “heartbeat” law).

Wilson believes that since both sides have the same ultimate goal, they ought to be able to reach detente. He writes:

If we agree that our ultimate goal is the ultimate eradication of all human abortion, I don’t see why we can’t shake hands and return to our respective stations, prepared to work toward that end. We all have to decide before God where we will stand, and what we are going to do about it. If we are laboring with that ultimate goal in mind, I would suggest that the best thing we could possibly do is leave one another alone, and to offer our own labors up to God.

Frankly, I would welcome this. I don’t agree with abolitionism. I think it is imprudent in the extreme, impractical, and not likely to move the ball down the field. It also has some internal inconsistencies, as Wilson points out. Nevertheless, I’m perfectly willing to treat abolitionism as an issue about which otherwise faithful Christians might agree to disagree without rancor or unnecessary division. In other words, I’m more than happy to leave them alone while we pursue our efforts separately.

For example, abolitionist James Silberman says this about those who passed the Texas “heartbeat” bill: “they still chose to violate God’s law absent any compelling reason to do so.” Again, he’s not just saying that pro-lifers are mistaken. He’s saying that they’ve broken God’s law—i.e., they’re sinning. Silberman goes on, “God loves justice, and hates injustice. This law is ungodly and Christians should not support it.”

Likewise, an abolitionist group convinced the Southern Baptist Convention to break with 40 years of consistent pro-life witness and to pass an abolitionist resolution at the annual meeting in Nashville last June. That resolution states that “incremental, regulatory guidelines” are appalling and amount to “legally sanctioning abortion.” It also states that pro-life incrementalism “compromises God’s holy standard of justice” and promotes “God-hating partiality.” The abolitionist resolution is unsparing toward pro-life Christians, claiming that incrementalism “challenges God’s Lordship over the heart and the conscience, and rejects His call to repent of sin completely and immediately.”

The implication of such a view means that abolitionists can’t simply agree to disagree with pro-lifers. If incrementalism is an affront to Christ’s Lordship and compromises God’s holy standards of justice, then indeed all Christians are morally obligated to oppose pro-life incrementalism. It would mean that anyone supporting the Texas law, for example, is sinning and denying Christ’s Lordship. It would mean that anyone who supports ordinary pro-life policies (e.g., parental notification laws, abolition of Roe v. Wade, fetal heartbeat bills) are opposing Christ’s Lordship.

To the degree that Christian abolitionism holds this position, to that degree it cannot make peace with pro-lifers. Indeed, such abolitionists would be duty-bound to call such pro-lifers to repentance. It would obligate churches to shun pro-lifers through church discipline. If pro-lifers are truly opposing God’s law and Christ’s Lordship, the abolitionists can’t “leave them alone.” They have to remove the impenitent sinners from among them.

For that reason, abolitionism has the potential to be very destructive to the unity of the church. And this is perhaps my chief concern with the movement as it is currently configured. When this kind of abolitionism lands in a pro-life church, it very well could result in the abolitionist faction accusing pro-life members of sinfully denying the Lordship of Christ. It would make pro-life Christians subject to discipline and excommunication. That is the logical outcome of abolitionist teaching, and it would wreak havoc in actual churches.

I wish abolitionists and pro-lifers could reach detente, even if we end up agreeing to disagree. For my part, I’d welcome such a thing. But I suspect that Christian abolitionists have boxed themselves into a corner and haven’t really given themselves the option of making peace. The only way they could make peace would be to say that their pro-life brothers and sisters aren’t sinning in their support for incrementalism. I haven’t seen any evidence that they are willing to do that. For their sake and for the sake of the unity of Christ’s church, I hope I’m wrong.