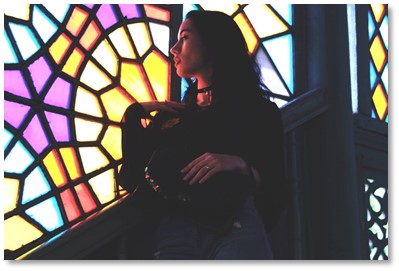 In evangelical debates over women in ministry, two biblical texts have always stood as a prima facie obstacle to the egalitarian view:

1 Timothy 2:12 “But I do not allow a woman to teach or exercise authority over a man, but to remain quiet.”
1 Corinthians 14:34 “The women are to keep silent in the churches; for they are not permitted to speak, but are to subject themselves, just as the Law also says.”

At first blush, these two texts seem to settle the matter in favor of the complementarian position. After all, this is the sense adopted in the vast majority of English translations. How could they all be wrong? Clearly Paul does not intend for women to be teaching/preaching within the church, right?

Egalitarians have marshaled a variety of exegetical arguments against this prima facie reading. They argue that, despite appearances, Paul doesn’t really mean to shut down women from exercising their teaching/preaching gifts in the gathered assembly. Egalitarians point out that Paul clearly understood women to be gifted teachers (e.g., Acts 18:26; Titus 2:3). Moreover, the very same book that enjoins female silence also allows for women to prophesy to the entire church (1 Corinthians 11:5). These female prophets—along with their Old Testament counterparts like Miriam, Deborah, and Huldah—demonstrate that whatever Paul means in 1 Timothy 2:12 and 1 Corinthians 14:34, he can’t mean to impose a universal ban on women teaching men. He must mean something else.

One of the major problems with the egalitarian argument at this point is that it conflates the gifts of prophecy and teaching. For example, Gordon Fee writes:

It seems altogether likely that Paul intends “praying and prophesying” to be not exclusive of other forms of ministry but representative of ministry in general. And since “prophets” precedes “teachers” in the ranking in 1 Corinthians 12:28 and prophesying is grouped with teaching, revelation and knowledge in 1 Corinthians 14:6, one may legitimately assume that women and men together shared in all these expressions of Spirit gifting, including teaching, in the gathered assembly.1

Fee’s logic here is clear. Because Paul allows women to prophesy to the gathered assembly and because prophecy is a greater gift than teaching, then certainly he would allow women to teach as well.

This account of things, however, misses the fact that Paul treats prophecy and teaching as two different gifts and that he therefore regulates them differently in his churches. Paul never issues a blanket prohibition on female prophecy to men in any of his letters, but he does on female teaching. Why is that?

To answer that question, we have to understand what the difference between prophecy and teaching is. The gift of prophecy consists in spontaneous utterance inspired by the Spirit. Prophecy therefore consists of divine revelation. The gift of teaching, however, is different. Teaching does not consist in new revelation but in instruction based on revelation that has already been given.2

This difference between teaching and prophecy is crucial because the gift of teaching is not merely passing along information from one person to another. The gift of teaching in Paul’s writings has a certain content and mode. The content of the gift of teaching is the authoritative apostolic deposit, which is now inscribed for us in the New Testament (Col. 2:7; 2 Thess. 2:15; 1 Tim. 4:11; 6:2; 2 Tim. 2:2).3 This teaching therefore is done in the imperative mood. It contains explanation, but it also includes commands and prohibitions. For that reason, it is always authoritative because it instructs people what they are to believe and to do.4

1 Timothy 4:11, “Command and teach these things.”
2 Timothy 4:2, “Preach the word; be ready in season and out of season; reprove, rebuke, and exhort, with complete patience and teaching.”

It is very clear that when Paul has the gift of teaching in mind, he is thinking of instruction given with imperatives and commands. As Douglas Moo concludes, “teaching always has this restrictive sense of authoritative doctrinal instruction.”5

That is why Paul issues the prohibition that he does in 1 Timothy 2:12. Women must not teach men. Why? Because of the order of creation (1 Timothy 2:13). The role of leader in the first marriage was Adam’s. His leadership was established in part on the basis that God created him first (a principle of primogeniture). The order of creation establishes male headship in marriage (cf. 1 Cor. 11:3; Eph. 5:23), and a woman teaching and exercising authority overturns this order. After all, how can a wife submit to her husband if she is telling him what to do when she preaches? Avoiding this potential conflict is the reason why Paul bases the gender norms for teaching upon the gender norms for marriage.

This also explains why Paul commands women to be silent in 1 Corinthians 14:34-36. Paul is not commanding absolute silence, or else he would be contradicting his allowance of female prophesying in 1 Corinthians 11:5. No, Paul is specifically commanding female silence during the judgment of prophecies.6 What happens if a husband prophesies, and his wife is a prophet as well? Is the husband supposed to be subject to his wife during the judgment of prophecies? Are husbands and wives supposed to suspend male headship during corporate worship? Paul’s answer to that question is a clear no.

Paul does not want anything to happen during corporate worship or in any other setting that would upset the headship principle that he so carefully exhorted his readers to obey in 1 Cor. 11:2-16. For that reason, Paul enjoins women to refrain from the judgment of prophecies. He’s not commanding an absolute silence on the part of women. Indeed he expects them to be praying and prophesying. He does, however, command them to be silent whenever prophesies are being judged. And the women are to do so out of deference to male headship.

Notice that the explanation in verse 34 indicates that headship is indeed the issue: “The women… should be in submission…” The Greek word translated as “submission” is the same one from verse 32. A woman cannot be subject to her husband while simultaneously expecting him to submit to her judgments about his prophecy. To avoid this conflict, Paul says that while women may prophesy, they may not participate in the judgment of prophesies. In this case, the judgment of prophecies is tantamount to teaching, which Paul absolutely prohibits in 1 Timothy 2:12.

What is the bottom line here? The fact of female prophecy in the Old and New Testaments is no argument in favor of female teaching/preaching. The gifts of prophecy and teaching are distinct in Paul’s writings, and Paul therefore regulates them differently. While Paul allows women to prophesy in the presence of men, he does not allow them to teach men (1 Tim. 2:12; 1 Cor. 14:34-36). This feature of the New Testament’s teaching about gifts and ministry is lost whenever the gifts of prophecy and teaching are conflated. This is a confusion that careful readers of scripture should wish to avoid.

3 Douglas Moo, “What Does It Mean Not to Teach or Have Authority Over Men?,” in Recovering Biblical Manhood & Womanhood: A Response to Evangelical Feminism, ed. John Piper and Wayne Grudem (Wheaton, IL: Crossway, 1991), 185.

4 Indeed the standard lexicon for the Greek New Testament says that the word translated as teach means “to tell someone what to do” (BDAG, s.v. didasko).

How To Turn Complementarians into Egalitarians