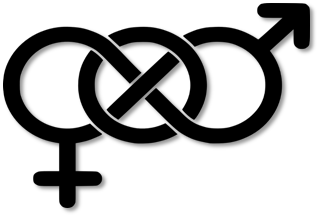 Tom Schreiner is a world class New Testament scholar who has published extensively about complementarianism and egalitarianism. He’s also a Southern Baptist pastor with decades of experience in church ministry. Today, he weighed-in on the intramural debate that Southern Baptists are having about women preaching. I think what he argues here really gets to the heart of the issue. Schreiner writes:

Some complementarians read 1 Tim 2.12 (I don’t allow a woman to teach or exercise authority over a man) to say that women can’t serve as pastors or elders. I agree that the verse means that women can’t serve as elders, pastors, overseers (the same office), and there is a parting of ways with egalitarians here. Complementarians have significant agreement here, and we should rejoice in our agreement.

On the other hand, 1 Tim. 2:12 doesn’t speak directly to eldership but to function, and the command is rooted in God’s good creation (1 Tim 2.13)–in Adam being created before Eve. So I think the function of a woman teaching/preaching scripture in a sermon or a mixed Sunday School class is also prohibited.

Notice that the verse speaks to function directly, not the issue of office. Our view of office is a conclusion we draw from the functions that are disallowed. So, those who allow the function but ban from the office are not heeding, in my opinion, what Paul says. In fact, such a view seems quite inconsistent. Why can a woman engage in the functions without occupying the office? Is that just males holding onto power?

But if Paul disallows the function and the office, his view says something about what it means to be a man and a woman. His view on men and women isn’t nominalism; it accords with the created order. To put it another way: the rule isn’t arbitrary. It reflects a profound understanding of what it means to be male and female.

I taught a Sunday School class for many years when I wasn’t an elder. Because of my teaching I had more authority in practice than some of the elders. That is entirely natural and accords with 1 Tim. 2.12.

Of course good people who are evangelicals disagree! I am not saying that anyone who disagrees with me isn’t a complementarian, even if I am worried about their view and its consequences for the future.

I worked and studied in schools for 17 years where I was a minority as a complementarian. I thank God for evangelical egalitarians! And I thank God for complementarians who I think are slipping a bit. Still, what we do in churches is important, and I don’t want to say it doesn’t matter. It does matter, and I am concerned about the next generation. But we can love those who disagree and rejoice that we believe in the same gospel.

The cultural forces are incredibly strong, and our society in my judgment overemphasizes freedom and equality, and doesn’t value sufficiently authority, obedience, and submission. Are complementarians like me too strong sometimes? Do we make mistakes in how we present our view? Of course! Simul iustus et peccator! But it doesn’t follow from this that the view itself is wrong.

Do we alter our view to fit in or so that others who are our friends will like us? I am not saying all do this who disagree with me! But I know the temptation of my own heart. I want to be liked. It is not fun to say ‘no’ to people.

Since I am throwing things out there, I don’t think it makes sense for women to be present in any regular way at elders’ meeting as advisors, as those who give feedback on the spot to the elders. That reminds me of churches who have elders, but then have an executive board that makes decisions. The cases aren’t exactly the same, but we put in place an extra-biblical structure, which plays a role in making decisions. Having women on such a committee in practice makes them part of the elders in my judgment.

Obviously, there are gray areas, and we can’t or shouldn’t write a Mishnah. But churches have to decide what to do. Either women will preach sometimes on Sundays or they won’t. Either they will be present at elders’ meetings or they won’t. And if a woman can in principle preach in church Sunday morning sometimes, then why not all the time?

As we think about the implications of Schreiner’s words, it’s important to remember that people can be faithful to The Baptist Faith & Message 2000 (BF&M) while having differences about what contexts might be appropriate or inappropriate for a woman to teach. The fact is that our confessional statement doesn’t address the issue explicitly. The BF&M only addresses the office of pastor, and it says that pastors must be qualified men. That is why you are not hearing me raise this as an issue of cooperation. Southern Baptists are all over the place on this issue because it’s not something we’ve stipulated in the BF&M. Everyone needs to recognize that fact in discussions about this, and the rhetoric needs to reflect that confessional reality.

Having said that, I still believe that it is good for Southern Baptists to debate and discuss the issue. Why? Because the Bible does address the issue explicitly even if the BF&M doesn’t, and our duty before God is to encourage one another to be faithful to scripture as God’s word (Heb. 3:13). These differences matter even if we aren’t going to suspend our cooperation with each other as we work through them. We also need to remind each other of unhealthy cultural forces and the theological trajectories that they precipitate.

I would hope that we can foster a healthy enough environment within the SBC to reason with one another from scripture and even to try and persuade one another about what the scriptures teach. We live by every word that proceeds from the mouth of God, even those words which are controversial in our particular moment (Matt. 4:4). So let us reason together charitably and in good faith, and let’s be humble enough to let our consciences to be persuaded by scripture.

That is the spirit in which Tom Schreiner offers his comments above. It is also in that spirit that I want to affirm the issues he raises in his thread. First Timothy 2:12 is addressing the functions of a pastor (teaching and exercising authority) and only addresses the office of pastor by way of implication. The office isn’t treated explicitly until 1 Timothy 3 and 5.

In 1 Timothy 2:12, Paul prohibits women from two functions—teaching and exercising authority over men. And yet, narrow complementarians1 often argue that it’s only the office of pastor that Paul means to prohibit. The result is that they believe that a woman can do whatever an unordained man can do in the church’s teaching ministry (e.g., Kathy Keller’s view). This view is problematic for two reasons. Not only does it depart from Paul’s actual words, it also makes Paul’s gender-based command seem arbitrary. As Kevin DeYoung has argued:

If men and women are different by creational design, then we can’t simply quarantine “ordination” and say that manhood and womanhood have no bearing on church ministry or church roles so long as the pastors and elders are men. The issue is not mainly titles or labels or the laying on of hands. The issue is about function. To be sure, complementarians may not agree on where to draw all the lines concerning home groups and Sunday school classes and public worship, but as a starting place for these discussions we have to remember we are talking about the flourishing of divine design, not adhering to a set of narrow and seemingly arbitrary rules.

When churches hesitate to say what distinguishes men and women, God’s explicit precepts for the church and home begin to look arbitrary, even a little embarrassing. You can hear the Sunday school lesson now: “The Bible teaches that women should not be elders, but here’s what I really want you to hear: women can do everything else a man can do.” The tone or subtext is, “No, these commands don’t make a lot of sense because we all know men and women are basically the same. But he is God, sooo…”

The whole enterprise becomes a minimization project. We minimize our created differences and we minimize the reach and significance of what the Bible does explicitly command.

“Minimization” happens whenever narrow complementarians restrict the application to eldership but allow what the apostle forbids in 1 Timothy 2:12. God’s commands are not arbitrary. They align with his design in creation. What is best for us is what aligns with his design for us as male and female. And a part of that design relates to the church’s teaching ministry. Paul grounds his prohibition in that divine design—”For it was Adam who was first created, and then Eve” (1 Tim. 2:13). To miss this is not only to miss the point of God’s word. It is also to miss what will advance our own good and flourishing.

Schreiner raises questions that I don’t think the narrow complementarians can answer well:

Why can a woman engage in the functions without occupying the office? Is that just males holding onto power?

If a woman can in principle preach in church Sunday morning sometimes, then why not all the time?

These questions expose weaknesses in the narrow complementarian perspective that will eventually be exploited by those who want to move more fully in the direction of egalitarianism. I am not saying that all “narrow” complementarians are closet egalitarians. I don’t believe that. Nevertheless, I am saying that severing function from office is a weakness in their view whether they acknowledge it or not. The disciples of today’s narrow complementarians will eventually see the inconsistency and will push the boundaries even further toward full blown egalitarianism. It is only a matter of time. When that happens, the boundaries marked out by the BF&M will be in jeopardy.

I love my brothers and sisters in the SBC who are narrow complementarians and who disagree with me about these things. I am challenged by them to think more clearly about how to incorporate gifted women into the ministries of my own church. I am grateful for our unity in the gospel as it is framed in the Baptist Faith & Message. The churches of the SBC will never be monolithic on these issues. There will always be some variability. Nevertheless, my hope and prayer are that we can reason with each other in good faith and perhaps learn and sharpen one another even as we disagree. If we love and care for each other as we ought, then we will be able to do this. I’m confident we can.