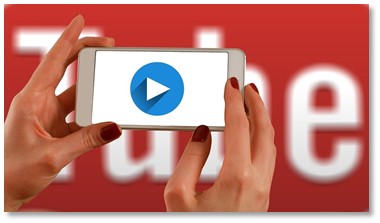 At the end of every year, I like to post a round-up of my favorite viral videos from the year. As we close out 2019, I thought it might be fun to do a round-up of the top videos from the last decade. As usual, this ranking is totally unscientific. Only one person was polled to compile this list—yours truly. Also, there actually more than ten, but who’s counting? If you think I’ve missed one, let me know on Twitter, and I’ll consider giving it an “honorable mention.” Enjoy!

If you’re interested, here are links to lists from previous years:

We need a momma!

This little guy gives a heartwarming speech to his mother who is in the hospital to deliver a baby. The video actually went viral on Facebook, but the YouTube version is a little better quality.

The dad is Justin Beadles, and he happens to be an old friend of mine from seminary. He’s a pastor now in Stillwater, OK. And yes, he was hilarious back in the day too. This video was hilarious when I first saw it, but it was not surprising. Not. One. Bit.

Remember this debate? In case you missed it, I located the original audio source for this, and the speaker actually is saying “Laurel.”

What do you hear?! Yanny or Laurel pic.twitter.com/jvHhCbMc8I

It’s another one of those coming-out-of-anesthesia videos. And I think it’s my favorite of all time. What a great video to represent 2016!

I love this kid’s tenacity.

Five-year old “apparently” steals the show and gets songified (2014)

You forgot about this, didn’t you? And now you’re mad that I made you remember it!

Metaxas regales President Obama and the First Lady at the National Prayer Breakfast. This seems like a hundred years ago.

Sorry for another one of these, but I love this genre.

You forgot about this one too, didn’t you?

When the Easter Pageant finale doesn’t quite go to plan.

We drove swagger wagons throughout the 2010’s. I like to imagine myself like the video below and not face that fact that swagger wagons are the sweatpants of automobiles. This is how you roll when you just don’t care anymore.

Notice the technology that is now passé. We no longer use GPS units separate from our phones. Also, this video is not in HD. Many of us were still watching Tube TV’s in 2010, believe it or not.

I think that if we could put this guy in charge of 2020, everything would be better. Who’s with me?