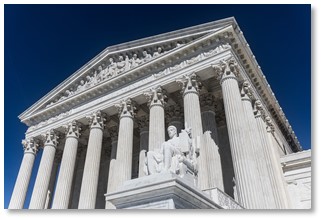 I walked into Senator Mitch McConnell’s office three weeks ago on a Friday. I take my interns to DC every year for a conference, and I always walk over to the leader’s office on Friday morning to pick up House and Senate gallery passes. The Kavanaugh hearings were over (or so everyone thought), and the office was virtually empty except for two staffers, both of whom were from Lexington. So we chit-chatted about Kentucky. As I was about to leave, one of them said giddily, “We will have a confirmation vote for a new Supreme Court justice on Thursday!”

Little did we know how wrong that prediction would be. Just a day or so after that, the allegations from Dr. Christine Blasey Ford came to light, and political pandemonium ensued. I don’t want to get too deep in the partisan weeds about all that has happened over the last several weeks. But I do want to make some observations about the struggle for the confirmation and what it means.

Social conservatives like myself place a high priority on getting the right Justices on the Supreme Court for one simple reason—Roe v. Wade. There are other issues that social conservatives care about that involve the court, like marriage and religious liberty. But for us, legal abortion transcends those other issues. Since 1973, Roe v. Wade has presided over the legal killing of over 60 million human beings. That is the holocaust times ten. The numbers are just staggering, and for that reason, many of us believe that it is the greatest human rights crisis of our time. Why? Because in our country it is legal to kill people in the womb at any time from zero to nine months gestation. That is what Roe and its companion decision Doe have given us.

Ending the brutal regime of Roe has been a singular goal for social conservatives for decades. And the only way to do that is by switching the balance of the Supreme Court. That is why so many pro-lifers have cared so deeply for so long about the court. It’s not because we are politicos. It’s because we care about the babies. We want the killing to stop.

Of course on the other side, pro-abortion rights activists have been equally animated by this issue. They have successfully made support for abortion rights a test of orthodoxy in Democratic politics. For them, “pro-woman” equals “pro-abortion rights.” To be against abortion rights is to be against women. For them, it’s just that simple. For whatever reason, the taking of human life doesn’t register in their moral calculus. A woman must be free from the consequences of her fertility, no matter the cost—even if it means ending the life of her own unborn child. For them, that is the birthright of every daughter of the sexual revolution.

What we saw over the last three weeks was the result of the collision of these two different worldviews in a high stakes political showdown. That is why Democratic Senators said they would oppose President Trump’s nominee before the president even named Kavanaugh as his nominee. Those Senators knew that the president’s pick could decisively tip the court in a way that threatens Roe, and so they vowed to do whatever they could to stop it. And they did.

The result was perhaps the darkest, most cynical moment I have ever witnessed in our politics. Krista Kafer describes it well:

The new low in political gamesmanship disturbed me. Don’t like a nominee’s jurisprudence? Leak an allegation prior to the vote. Demand the accuser’s sex be taken more seriously than the evidence. Tell a woman who shows emotion she is brave, but accuse a man who shows emotion of lacking judgement.

Consider the accused guilty until proven innocent. Judge a sober, middle-aged adult by his teen beer consumption. Insist on an FBI investigation then dismiss its findings because they don’t support the narrative. Demand that the opinion of enraged activists and Hollywood actors count more than weeks of hearings. Mob the capitol. Make Kavanaugh atone for every sexual assault that has gone unpunished. Consider revenge an acceptable substitute for justice whose recipient need not be guilty, just available.

For me, I will never forget what happened over these last three weeks. Honestly, I can still hardly believe how low certain politicians went. It was a cynical, ugly, disgraceful smear all in service of protecting abortion rights—all in the name of protecting the greatest human rights crisis of our time. It was evil for the sake of evil.

Brett Kavanaugh is a surefire vote to gut Roe v. Wade, criminalize abortion, and punish women. The Senate’s vote today to put him on the Supreme Court means we could go back to a time where abortion is illegal and the number of deaths and injuries to women go up. pic.twitter.com/oUS32GnRhC

It is over now, and Judge Kavanaugh is now Justice Kavanaugh. I have no illusions about what this means. Yes, it does tip the balance of the court in a conservative direction. Overturning Roe is now more likely than it ever has been. Nevertheless, I don’t believe that the end of Roe is a fait accompli. It is not clear to me that either Roberts or Kavanaugh would be willing to take-on Roe directly. Justice Roberts may not even allow a direct challenge to come before the Court. But still, it is more likely today than it was a month ago, and that is a good thing.

One more thing: Everyone who reads this space knows that I was a strident NeverTrumper in 2016. One of my main reasons for being one was that I did not believe candidate Trump when he promised to appoint originalist judges. I just didn’t think he could be trusted on that. Well, it is time to say that I was wrong about that. The President has come through on this particular promise, and in the case of Kavanaugh has stood beside him through a withering political onslaught. The President deserves credit for that.

I hope and pray the end of the regime of Roe is near. In the meantime, we are left with a nation bitterly divided, and it seems that the center may not hold. I do not know what happens next. I do know that this latest conflagration was really all about Roe. To miss that is to miss the real story. It would be a good time to pray for the Lord’s mercy on our nation. We need it more than we know.