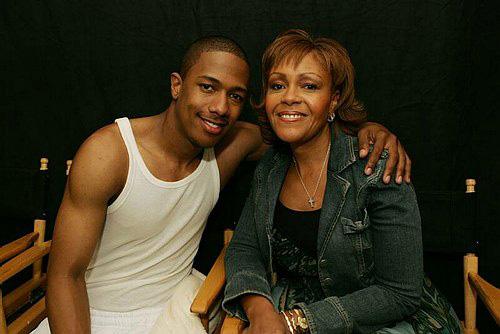 Nick Cannon and His Mother

Itâ€™s not often that a rap video brings a tear to your eye. But my wife and I watched one tonight that did.

Some of you may know Nick Cannon from the hit movie â€œDrumlineâ€ or perhaps from his new show on MTV, â€œNick Cannon Presents Wild ‘N Out.â€ What you may not know is that he released a music video this summer that is powerfully pro-life.

The lyrics to the song tell the true story of Nick Cannonâ€™s mother. When she became pregnant with Nick, she was an unwed teenager. She made it all the way to the operating table of the abortion clinic when she realized that she was about to do something awful. So she got up and walked away from the clinic and away from the abortion. The rest of the song is a â€œthank youâ€ to his mother for letting him live. The video closes with Nick embracing and thanking his real-life mother.

The music video to the song â€œCan I Liveâ€ is one of the most poignant pro-life messages that I have ever witnessed. Reading the lyrics alone wonâ€™t really convey the emotional wallop that you get from watching the video. So I highly recommend clicking here or here to see it for yourself.

â€œCannon’s new music video â€˜Can I Live?â€™ tells a tale that’s very different from a gangsta’s paradise of dirty dancing and booty calls that Cannon may be sandwiched in between on MTV or BET. In the song, the hip-hop pop star tells his life story â€” or at least the beginning of it and his mom’s close call with abortion.

â€œCannon, 24, appears in the video as a ghost (or an angel, if you prefer) and sings, â€˜Mommy, I don’t like this clinic. Hopefully you’ll make the right decision, and don’t go through with the knife decision.â€™

â€œA scared teen, his mother was on a gurney â€” that’s how close the call was â€” but got up, and, at least in the video version, ran.

â€œHe points out to his mother something she got on some level, or she wouldn’t have gotten up: â€˜That’s a life inside you, look at your tummy. What is becoming Ma, I am Oprah bound. You can tell he’s a star from the Ultrasound.â€™

â€œThe video images tell a stirring, gripping story regardless of where you fall in the abortion debate.â€

Go watch the video and buy the single. We should support something that is bound to save many lives that might otherwise have been snuffed out.

(R. Albert Mohler talked about the video on his radio show. You can download the mp3 of Mohlerâ€™s program here.)

(HT to Justin Taylor whose blog first brought this video to my attention.)