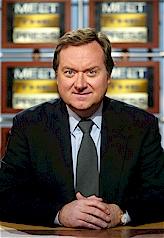 Itâ€™s not just the partisans who are rushing to judgment about who to blame for the catastrophic aftermath of Katrina. The clear thrust of mainstream media reporting has been to lay the blame for the crisis in New Orleans at the feet of the Bush administration.

The default assumption in the media appears to be that if there was a failure of rescue operations, then the failure was a federal one. No reporter that I have seen has come up with a line of questioning that would insinuate a failure on the part of the Louisiana governor or the New Orleans mayor (Iâ€™ve mainly been watching CNN, NBC, and MSNBCâ€™s coverage). The questions seem to be pushing toward an indictment of President Bush.

This situation is rather remarkable given that we know so little about the big picture at this point. We do know that an evacuation of the city of New Orleans before a storm was the job of state and local officials. How is it that the mainstream media see the failure to evacuate as a failure at the federal level?

We may find out at some point that something went awry with the federal response, but why do reporters just assume that to be the case when it seems like the default position would be to see this as a shortcoming of the state and local governments? It appears that the media intends to treat the Bush administration as guilty until proven innocent.

Todayâ€™s episode of NBCâ€™s â€œMeet the Pressâ€ is emblematic of whatâ€™s been happening in most of the coverage that Iâ€™ve seen up to this point. Tim Russert grilled the Secretary of Homeland Security, Michael Chertoff, while a Louisiana state officials got off fairly easily.

â€œMr. Secretary, are you or anyone who reports to you contemplating resignation? . . .

â€œWell, many Americans believe now is the time for accountability. The Republican governor of Massachusetts said, â€˜We are an embarrassment to the world.â€™ The Republican senator from Louisiana, David Vitter, said that you deserve a grade of F, flunk. How would you grade yourself? . . .

â€œPeople were stunned by a comment the president of the United States made on Wednesday, Mr. Secretary. He said, â€˜I don’t think anyone anticipated the breach of the levees.â€™ How could the president be so wrong, be so misinformed? . . .

â€œYour Web site says that your department assumes primary responsibility for a national disaster. If you knew a hurricane 3 storm was coming, why weren’t buses, trains, planes, cruise ships, trucks provided on Friday, Saturday, Sunday to evacuate people before the storm? . . .â€ (source)

The secretary tries to explain to Tim Russert how disaster relief works under the law.

â€œTim, the way that emergency operations act under the law is the responsibility and the power, the authority, to order an evacuation rests with state and local officials. The federal government comes in and supports those officialsâ€ (source).

But Tim does not even acknowledge the secretaryâ€™s answer or that responsibility for any failures could be distributed outside the federal government.

Tim goes on to allow Mike Tidwell (a global warming activist and campaigner for John Kerry in the 2004 presidential race, which is not disclosed by Russert) to grandstand about how George Bush is responsible not only for the aftermath of Katrina, but also for similar environmental hazards in all U.S. coastal cities.

â€œThe big, big, big take-away message here is: New Orleans is the future of Miami, New York, San Diego, every coastal city in the world, because whether the land sinks three feet and you get a bowl in a hurricane like this, or sea level rises worldwide, same problem. We have got to address this energy problem that David mentioned. We have an irrational energy problemâ€ (source).

Tim offers no challenge whatsoever to Tidwell, even though Tidwell admits that opportunities to address dangers in New Orleans go back to 1995 when Bill Clinton was president. That Tidwell lays the blame solely at the feet of the Bush administration and not to the previous Democrat administration shows his partisan bent.

That political opportunists have politicized this calamity is unconscionable. That the mainstream media facilitates this politicization is even worse because they have such an impact on shaping public opinion.

I am hoping that a clear picture will emerge in the coming days. Until then, I remain disappointed with Tim Russert and others like him who are jumping on the blame-Bush bandwagon. I think the wiser course would be to reserve judgment until we understand what really has happened. There will be plenty of time to analyze the failures that may have occurred at all levels of governmentâ€”local, state, and federal.