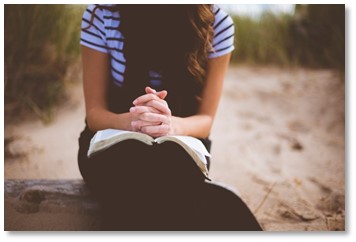 Katelyn Beaty has penned an Op-Ed for The New York Times with a provocative title and subtitle:

HOW SHOULD CHRISTIANS HAVE SEX?
Purity culture was harmful and dangerous. But its collapse has left a void for those of us looking for guidance in our intimate lives.

I won’t rehearse the whole argument of Beaty’s piece. I simply encourage you to go read it for yourself before pressing on with my comments here. I read Beaty’s op-ed with great interest and was genuinely grateful to see her confront the consent-only ethic of the wider culture. Her personal story of disillusionment with this approach to things is actually gut-wrenching to read. It is a message that readers of The New York Times would do well to consider.

Having said that, this piece is really problematic. I will spare you the line by line analysis, but the main problem is with her description of “purity culture,” which she defines in a way that includes biblical teaching on sexual ethics. She writes:

A majority of adults who came of age in evangelical churches in the 1990s and 2000s were exposed to “purity culture,” a term for teachings that stressed sexual abstinence before marriage. We had our own rituals, such as “purity balls,” and our own merchandise, such as “purity rings.” I had a “Wait for Me Journal” that I kept as a college freshman; created by a prominent Christian pop singer, the journal was designed to hold letters to my future husband. It held out the promise that if I remained pure, then God would reward good behavior with a husband — surely before I turned 30 so that we could have lots of children. [underline and italics mine]

Notice that Beaty defines “purity culture” to include “teachings that stressed sexual abstinence before marriage.” For her, “purity culture” is not merely the campy merchandising that surrounded the movement, but also abstinence itself. She goes on to argue that the teachings of purity culture became a barrier to authentic Christian faith. She writes:

Purity culture as it was taught to my generation hurt many people and kept them from knowing the loving, merciful God at the heart of Christian faith. Unfortunately, many churches still promote some version of purity culture, even as others have tried to disentangle it from the sexism and shame of its earlier iterations. Purity culture as it was modeled for evangelical teenagers in the 1990s is not the future of Christian sexual ethics. But neither is the progressive Christian approach that simply baptizes casual sex in the name of self-expression and divorces sex from covenant faithfulness and self-sacrificial love.

Is she suggesting that abstinence outside of marriage somehow keeps people “from knowing the loving, merciful God at the heart of the Christian faith”? Is she suggesting that sexual purity “is not the future of Christian sexual ethics”? It sounds like she’s suggesting both things. But if sexual purity isn’t a part of the future of Christian sexual ethics then those ethics will cease to be Christian in any meaningful way and so will anyone who follows them.

Beaty’s op-ed reads like she’s trying to strike a wise Aristotelian mean between pagan consent culture and benighted purity culture. But to do this, she has to caricature evangelical sexual ethics. She ends up obscuring what is clear in scripture and in church history. Abstinence outside of wedlock is not a doctrinal innovation. It is the ancient faith. It lies at the heart of the biblical storyline and of Christian sexual ethics, and yet Beaty writes as if the teaching were invented by Jerry Falwell or Joshua Harris.

Also, Beaty treats Nadia Bolz-Weber, the liberal author and former Lutheran pastor, as if she were a serious Christian voice in these conversations. Bolz-Weber is no Christian at all. She is a false teacher who encourages the use of “ethically sourced porn,” who told The New Yorker that she divorced her husband because the sex wasn’t good enough, and who affirms homosexuality and a host of other sexual perversions. If Bolz-Weber isn’t a heretic, then no one is. And yet Beaty presents her as a positive alternative to “purity culture” because Bolz-Weber (according to Beaty) “proposes a sexual ethic grounded in the goodness of bodies and of sexual expression based in consent, mutuality and care.” This is an astonishingly inadequate description of the toxic stew of error streaming from the pen of Nadia Bolz-Weber.

It has been pointed out by others that “exvangelicals” often have a uniquely negative take on “purity culture.” Yet it is often not clear what they are condemning. Are they rejecting cheesy merchandising and excessive shaming? Or do they mean to reject what the Bible actually teaches about sexual ethics? All you have to do is read a little bit of Mark Regnerus’ writings to discover that the social science supports much of what “purity culture” warned about premarital promiscuity and its effect on subsequent marriages. And yet this wisdom is also often dismissed by exvangelical opponents of purity culture.

I’m glad that Beaty is confronting the consent-only sexual ethic. It certainly is woefully deficient. But she’s not offering anything substantial in its place. Instead, she obscures the Bible’s teaching about sexual holiness—which does in fact require staying a virgin until marriage and which does in fact condemn any sexual activity outside of marriage. Those are pillars of the Bible’s sexual ethic, but you wouldn’t know it from Beaty’s op-ed.

Perhaps the biggest problem with Beaty’s essay is that she isn’t really clear about what she’s condemning in “purity culture.” If unbiblical and unmerciful shaming is what she means to condemn, then she would have done well to say so. I can’t imagine serious Christians disagreeing with her about that. I certainly wouldn’t. But as I read the article, the Bible’s actual teaching about sexual ethics also seems to be thrown into the mix of what needs to be condemned. And this is a claim that no serious Christian can agree with. It is a claim that we are in fact obliged to contend against (Jude 3).