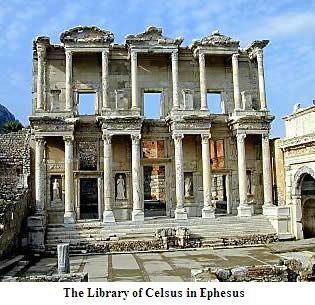 1 Timothy 2:8-15 has a been a battleground in the recent history of interpretation as scholars have been offering varying interpretations of a passage that at first blush cuts against modern egalitarian sensibilities. Verse 12 has proven to be particularly problematic for modern interpreters who support the ordination of women as pastors.

Dr. Ben Witherington, who will soon be adding to his impressive list of literary accomplishments a new commentary on the pastoral epistles, has recently offered some reflections on his translation of 1 Timothy 2:8-15 (see his blog). Witherington argues that understanding the background of Paulâ€™s command is absolutely critical to a proper interpretation of the verse. He writes:

What I would stress at the outset is that Paul is correcting problems in worship— correcting both men and women as is perfectly clear from vs. 8 where he tells the men to not dispute or get angry but rather to start praying. He then corrects women in several particulars. I would stress then that the correction of an abuse of a privilege is not the same as the ruling out of a proper use of a privilege, in this case the privilege of speaking in worship or even teaching. Paul is not laying down first principles here, he is correcting an existing problem . . .

In other words, Witherington avers that Paul is not laying out a general principle that would be normative for all Christians. Rather, Paul is confronting a specific abuse in the Ephesian community: â€œThe issue here in Ephesus is that there are some women who are seeking to teach or take authority over men, without first being quiet and learning about their faith .â€ Therefore modern readers should not treat this verse as if Paul were laying down a limitation on women in ministry because â€œthe correction of an abuse of a privilege is not the same as the ruling out of a proper use of a privilege.â€

There is much that needs to be said in response to Witheringtonâ€™s exegesis here, but I would like to point out one difficulty that I see with his reasoning. Even if we grant that Paul is confronting a specific abuse in the Ephesian church, it does not necessarily rule out the possibility that he might appeal to â€œfirst principlesâ€ to address that specific problem.

So even if we grant the background as Witherington has described it, it may very well be that Paul sees a specific abuse and corrects it by appealing to a more general principle that is rooted in Jewish-Christian patriarchy. That is in fact what I think Paul is doing here.

Dr. Witherington disagrees and has responded to my objection in the comments section of his blog. Even though he did support his reading by appealing to egalitarian readings of other Pauline texts, I am still not satisfied that he has answered my specific objection.

I suppose the debate will have to continue.

Looking ahead to the SBC in Nashville