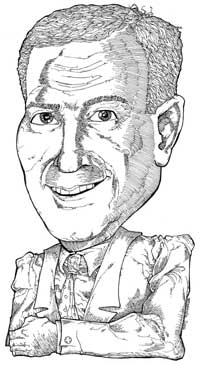 I want to follow-up on my earlier post about Mark Dever and his remarks about the gender issue in evangelicalism. Deverâ€™s remarks were made on the â€œTogether for the Gospelâ€ (T4G) blog and were an attempt to answer criticism against T4G and its pro-complementarian stand.Now Ligon Duncan has followed up Deverâ€™s post and has sought to offer even more context to the complementarian endorsement in T4G. Duncanâ€™s remarks are in line with what I said about hermeneutics and the inerrancy and authority of scripture (see my original post and the interesting conversation that followed in the comments section).

The denial of complementarianism undermines the churchâ€™s practical embrace of the authority of Scripture (thus eventually and inevitably harming the churchâ€™s witness to the Gospel). The gymnastics required to get from â€œI do not allow a woman to teach or to exercise authority over a man,â€ in the Bible, to â€œI do allow a woman to teach and to exercise authority over a manâ€ in the actual practice of the local church, are devastating to the functional authority of the Scripture in the life of the people of God.

By the way, this is one reason why I think we just donâ€™t see many strongly inerrantist-egalitarians (meaning: those who hold unwaveringly to inerrancy and also to egalitarianism) in the younger generation of evangelicalism. Many if not most evangelical egalitarians today have significant qualms about inerrancy, and are embracing things like trajectory hermeneutics, etc. to justify their positions. Inerrancy or egalitarianism, one or the other, eventually wins out (source).

I include this extended quotation because I would like to know whether you agree. In particular, I wonder if you agree that â€œwe just donâ€™t see many strongly inerrantist-egaliatrians.â€ Is this a fair claim?

I donâ€™t have any official statistics, but my own experience with egalitarians has born this out (even though I acknowledge that there are exceptions, just as Dever pointed out in his adulation of Roger Nicole).

By the way, be sure to read all of Duncanâ€™s post. Itâ€™s golden, and for the record I agree with all of it.