Readers would do well to reckon not only with the article’s argument but also with its problems. For example, Mason treats “Side B Christianity” as if its theological framework were uncontroversial. On her account, Side B Christians are simply people who are trying to be faithful to Christ in the face of “acerbic” conservatives who won’t let them be. But that is a caricature of the debate that has unfolded over the last 8 years or so.

“Side B Christians” treat homosexual orientation not as sin to be lamented but as an identity to be affirmed. Yes, they agree with Christians to their right that homosexual behavior is sinful and fallen, but they nevertheless don’t want to consign homosexual identity to a similar category. From Wes Hill arguing that being gay is “sanctifiable” to Grant Hartley‘s “Redeeming Queer Culture” to Gregory Coles‘ suggestion that gay orientation may be an aspect of God’s original creation design, it is clear that “Side B” folks aim to convince Christians that at least part of homosexuality ought to be redeemed rather than repented of. I don’t believe that Mason’s article is forthrightly dealing with these problems. Rather, she writes as if the debate is mainly due to the irrational rigidity of conservatives.

Mason also caricatures those to her right by claiming, “From conservative commenters, we hear that any acknowledgment of same-sex attraction is sinful.” I am one of the primary drafters of The Nashville Statement, and I know personally all of the other primary drafters. I can’t think of a single one who would agree with that statement. No responsible pastor would ever make such an asinine claim. The truth is that those of us who affirm Nashville believe that Christians should acknowledge and confess their sin no matter what it is. They should be honest about and face their own temptations and find help and strength from Christ to be faithful in the struggle. No one that I know of has argued anywhere that “any acknowledgement of same-sex attraction is sinful.” That claim simply isn’t true of any of the major parties to this conversation.

What we have argued is that same-sex sexual desire is sinful and that faithful Christians should repent of those desires whenever they experience them. They should not found an identity on such desires as though they were to be affirmed or commended. If gay orientation is any part of human identity, it would simply be an expression of the flesh. But the flesh is nothing to affirm or to celebrate. On the contrary, it is something daily to be put to death. The remnants of our sinful nature will be eradicated at the new creation, and that is why we must mortify our flesh even now (Romans 8:13).

Mason points to The Nashville Statement as well as to statements from the PCA, the ACNA, and the Church of the Nazarene as evidence that the conversation about sexuality among Christians has grown “acerbic” of late. She says that such statements demonstrate an “absolute condemnation of Side B Christians like me and others.” What’s astonishing here is not so much her rejection of The Nashville Statement, but also her posture toward church authorities that have taken a similar line to Nashville. Apparently, even church authorities are out of line in their pastoral pronouncements on “Side B Christianity.”

Mason says that “sexual minorities who stay in conservative communities do not want those spaces to become affirming.” That is certainly true of the Christians I’ve known in my own church who have struggled with same-sex temptations. Every single one that I have known over the years has embraced the church’s teaching whole-heartedly. But I don’t think the same is true of “Side B Christians” who ask their churches to affirm gay identity or celibate gestures of gay romantic affection or even marriage-like covenanted partnerships between same-sex couples. Those are big asks and unbiblical ones too. And that is why these issues must not be so easily brushed aside by essays like Mason’s.

As someone to Mason’s right, let me say what I hope and pray for brothers and sisters contending with gay temptations. I want them to find Christ’s church to be a home, a family, and an embodiment of God’s grace to the weary sinner. I want them to flourish and grow in their gifts and ministry to the church and beyond. In other words, I agree with Article 8 of The Nashville Statement:

WE AFFIRM that people who experience sexual attraction for the same sex may live a rich and fruitful life pleasing to God through faith in Jesus Christ, as they, like all Christians, walk in purity of life.

But this hope for such brothers and sisters isn’t helped by the Side B paradigm. Rather, it inhibits and diminishes the formation of Christ’s holy image in his people.

There is so much more to this conversation than Mason’s article lets on. There are serious, glaring theological problems with “Side B Christianity,” but Mason doesn’t address them. Rather, she caricatures and straw-man’s the sincere biblical and theological issues raised by those to her right. Nevertheless, these problems with the Side B paradigm endure, and Christians must engage them head-on with biblical discernment.

For my long-form engagement with “Side B” theology, see the following: 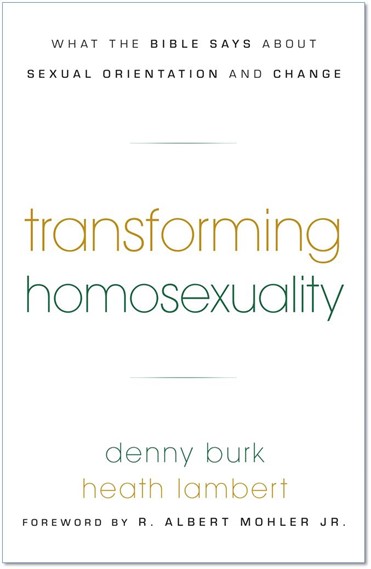