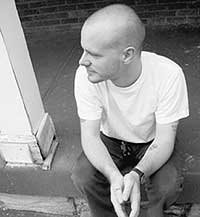 As I said in part 2, there is much to commend on Derek’s new album, “Mockingbird.” But as I also indicated there, I will now address some items that I think are not so good.

First, pacifism plays a big part on this album. That Derek embraces pacifism as the only Christian alternative comes through loud and clear in the song “My Enemies Are Men Like Me.” I don’t know how else to understand the following lines except as condemnation of anyone who might argue for the possibility of a just war:

It seems clear to me that he is saying that just as fornication is always immoral so also war and the death penalty are always immoral. He didn’t expand upon this theme at the concert last week, but he did in a recent interview he did with Donald Miller. In that interview, he said that killing another person is not one of the “resources” that he has as a Christian (click here to listen to the interview).

I am not going to argue that pacifism is a position that is completely out of bounds for a Christian. But I am going to say that one cannot simply dismiss centuries of Christians from throughout the worldwide church who have read their Bibles and have found there a basis for the idea of a just war. Many of those same Christians have also found in their Bibles the right of civil governments to use the power of the sword for the good of society.

These are not new-fangled ideas that have been foisted upon the church by George Bush and the Republican Party. From Augustine forward, there has been a robust just-war tradition within the church. This is not to say that all wars are therefore justified or that all wars started by Christians are justified. It’s just to say that the Bible has much more to say on this topic than one might think from listening to “Mockingbird.” And it won’t do to say that Christians who support the idea of a just-war don’t take the Bibles very seriously (as is implied in the aforementioned interview). Anyone who has ever read Augustine knows better than that.

At the end of the day, we all have to deal with the fact that the Jesus who said “blessed are the peacemakers” (Matthew 5:9) is the same Jesus who commended a Roman soldier’s faith as the greatest he’d seen (Luke 7:9).

Second, Derek takes a swipe at Christians who act as if being a Christian also entails being a Republican. Here are the money lines from “A King and a Kingdom”:

there are two great lies that i’ve heard:
“the day you eat of the fruit of that tree, you will not surely die”
and that Jesus Christ was a white, middle-class republican
and if you wanna be saved you have to learn to be like Him

Like I said in my previous post. I agree with Derek that anyone who would suggest such a thing as described in these lines does not understand Jesus or what it means to be a Christian. Unfortunately, I fear there are far too many evangelicals who have sold out their Christian mission for a political crusade, and that is a tragedy.

But even on this issue, I think more needs to be said. Many Christians rightly view the killing of 40 million innocent children within the borders of our own country as the most important moral issue of our time. Those Christians also believe that it is their duty to stand for justice for the unborn (Proverbs 24:11-12). If the unborn don’t number among those “orphans” we are supposed to protect (James 1:27), then no one does (see John Piper’s exposition of this text).

In part one, I said that the title of this series was a play on “Who’s afraid of the Big Bad Wolf.” Do I think Derek is the Big Bad Wolf? No, not at all. If I thought he was the Big Bad Wolf, then I wouldn’t have been listening to his new album non-stop since I bought it last week. As best I can tell, Derek is wrestling with the Bible and the radical claims King Jesus makes on all our lives. He’s challenging believers to lay down some cherished idols, and I for one am happy to receive that word. Even if we don’t agree on everything and even though I don’t know him personally, I count him as a dear brother. I hope you will too as you buy and listen to “Mockingbird.”