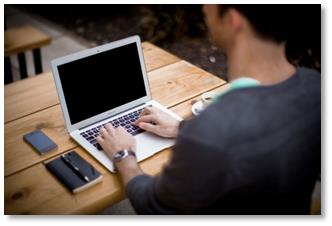 Some of you may have noticed a big change at DennyBurk.com in 2016. I closed down comments on the blog. I didn’t make a big announcement or anything. I just did it. Why? The short answer is that Tim Challies convinced me. After a trial run of closed comments, I eventually wavered and opened them back up. But then I read this article explaining why NPR shut down comments on its website, and that sealed the deal for me. No more comments!

I want to thank all of you who have read and interacted with this site over the last year. I am grateful for every one of you. For those of you who are interested, I give you the top 10 blog posts from 2016. This blog is a combination of content creation and content curation, which means that I sometimes write original material and that at other times I pass on to you items that I find interesting from elsewhere on the interwebs. Both kinds of posts appear on this list, but the vast majority are original pieces. Drum roll, please.

9. A brief response to Trueman and Goligher – This was my first post in the summer’s infamous “trinity debate.” I had no idea at the time about the controversy that was about to erupt. But erupt it did. If I were writing this one now, I would write it differently. After the dust had more or less settled, I wrote something that I hope was a little more helpful: “My Take-Aways from the Trinity Debate.”

8. Some reflections on a church that has recently embraced egalitarianism – A pastor in the Dallas area preached a message explaining why he led his church to embrace egalitarianism. His sermon amounts to a recitation of long-standing egalitarian readings of scripture. In this post, I explain why I believe his reasons fall short.

5. Who is David French? And why is he running? – Ah, yes. The ill-fated candidacy of David French. What can I say? David’s candidacy got 2016’ed before it even got off the ground. David is one of my favorite writers and conservative thinkers, so I was really disappointed that things didn’t work out for him to run. Still, mere mention of the possibility of his candidacy caused great distress to his family. Read about it here: “David and Nancy French opposed Trump, and it cost them.”

4. Five quick points on the ESV’s rendering of Genesis 3:16 – When Crossway announced that it would no longer be revising the ESV, they also released a short list of revisions that were to become part of the “permanent” text of the ESV. This proved to be highly controversial. This post is my take on the matter.

3. President Obama: Accept Transgenderism or Else – In May, The New York Times reported that President Obama had released a letter directing every public school in the country to recognize and accept transgender identities. In particular, the directive has to do with bathroom and locker room use. I argue that Christians must not give in to the President’s coercive directive.

2. I spent Super Tuesday with Donald Trump – This is my story about attending a Trump rally in Louisville, KY.