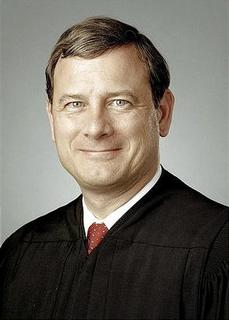 CNN is reporting that President Bush will nominate John Roberts to succeed Rehnquist as chief justice of the Supreme Court.

By appointing someone from the outside, the President ensures that there will be only two confirmation battles, not three (If he would have nominated a sitting justice to be chief justice, the senate would have to confirm the promotion as well as the filling of the two remaining vacancies).

When she announced her retirement, Sandra Day Oâ€™Connorâ€™s made her retirement contingent upon the Presidentâ€™s appointment of her replacement. In her resignation letter, she wrote: â€œThis is to inform you of my decision to retire from my position as Associate Justice of the Supreme Court of the United States, effective upon the nomination and confirmation of my successor.â€

Thus she will remain on the court until President Bush names her replacement. President Bush must move quickly to nominate here replacement. Otherwise, the confirmation process will become more difficult as we move into the mid-term election season.

I hope the President moves quickly.