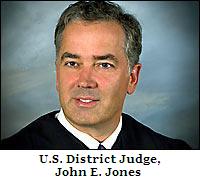 U.S. District Judge John E. Jones put Intelligent Design (ID) on trial in the Pennsylvania legal battle over the teaching of evolution in public schools. Judge Jones ruled that the Dover School Board violated the constitution in requiring science teachers to read a brief statement about ID and evolution before teaching about evolution in Dover Public Schools (click here to download the proposed statement).

In Judge Jonesâ€™s 139-page opinion, he charges that â€œID is nothing less than the progeny of creationismâ€ (p. 31). In other words, as far as Judge Jones is concerned, ID is simply creationism in sheepâ€™s clothing. Judge Jones argues that ID has a religious pedigree linking it both to Christian fundamentalism (p. 19) and to scientific creationism (p. 21). These links, among other things, show that the Dover School Board curriculum takes a religious position that violates the establishment clause of the U.S. Constitution.

This opinion ought to trouble any thinking Christian. Judge Jones did not so much evaluate ID on the basis of its own claims, but on the basis of its association with Christianity. That association consists mainly in the fact that many proponents of ID are themselves Christians. Judge Jones sets the precedent of outlawing any curriculum that can be shown to have been supported by Christians! The logic goes like this: If Christians support it, then it must be religious. If it is religious, then it violates the establishment clause of the U. S. Constitution.

On this logic, any idea taught in public schools that can be shown to have been supported by Christians violates the first amendment. What precedent does this set with respect to whether other controversial topics should or should not be included in public school curriculums? For instance, would it not be possible to rule that abstinence-only curriculums violate the first amendment because Christians by and large tend to support such curriculums?

This kind of guilt by association without considering the merits of the arguments sets a dangerous precedent indeed. Whether this logic will be applied in other cases remains to be seen. Letâ€™s hope not.