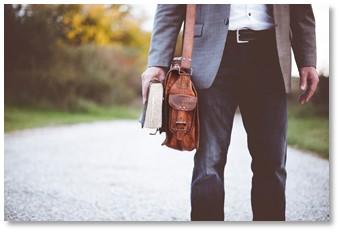 David French has an insightful column analyzing the apostasy of yet another Christian celebrity. French writes:

As our culture changes, secularizes, and grows less tolerant of Christian orthodoxy, I’m noticing a pattern in many of the people who fall away (again, only Sampson knows his heart): They’re retreating from faith not because they’re ignorant of its key tenets and lack the necessary intellectual, theological depth but rather because the adversity of adherence to increasingly countercultural doctrine grows too great.

Put another way, the failure of the church isn’t so much of catechesis but of fortification — of building the pure moral courage and resolve to live your faith in the face of cultural headwinds.

French is certainly correct that people are falling away in large part due to a failure of moral courage. There is no question about that. Nevertheless, I would take exception with one part of his analysis. When it comes to “catechesis” versus “fortification,” it’s actually not an either/or but a both/and. There are lots of churches failing at catechesis, and there are lots that are failing at preparing people for the cost of discipleship. Both of these things are happening all at once all across evangelicalism.

I think the coming conflict, however, is going to weed out such churches. In other words, evangelical churches and ministries that are awash in pragmatism and self-help pablum are not going maintain their strength when people have to make a choice between following Christ and keeping their job or their friends. The squeeze on cultural Christianity is already underway, and those congregations will dwindle. The children in those congregations will leave the church in droves. This is already happening.

Bottom line: The churches that are actually handing-on the faith (catechesis) and that actually have a disciplined congregation (fortification in moral courage) are the ones that are going to fare the best in the days ahead. The rest will eventually fall to the side.

There is one part of French’s column that really rings true and that I hope every pastor pays attention to:

In my travels around the country, one thing has become crystal clear to me. Christians are not prepared for the social consequences of the profound cultural shifts — especially in more secular parts of the nation. They’re afraid to say what they believe, not because they face the kind of persecution that Christians face overseas but because they’re simply not prepared for any meaningful adverse consequences in their careers or with their peers.

French is correct that American Christians aren’t prepared for what is coming. Fellow pastors, it is our sacred duty to get them prepared. If we aren’t preparing God’s people for the conflict that is already upon us, then we aren’t doing our jobs.

I have been thinking about this a lot lately because Christianity is fast becoming disfavored in our nation. We really do face a conflict in days ahead. Many Christians still mistakenly believe that electing the right politicians will somehow save them from the cost of discipleship. But it is becoming clearer every day that such will not be the case. The presidency of Donald Trump may have brought a welcome respite from some of the more radical forms of legal marginalization (e.g. Equality Act, Left-leaning Supreme Court). But is there any real evidence that this is anything more than a respite? I don’t think so.

Elizabeth Bruenig is a left-leaning journalist for The Washington Post. In a thoughtful piece yesterday, even she recognizes that the conflict is coming. She writes:

Overall, American culture is hardly trending toward adherence to evangelical beliefs, with approval of same-sex marriage steadily rising among all religious groups (even evangelicals), religious affiliation quickly dropping, and support for legal abortion lingering at all-time highs. Jeffress is hardly alone in believing that evangelicals need some sort of special accommodations from a society that doesn’t share their values and that they feel persecuted by; according to a Pew Research Center survey released this year, roughly 50 percent of Americans believe evangelicals face some or a lot of discrimination, including about a third of Democrat-leaning respondents.

And the situation is only going to become more dire in days ahead. If trend lines continue, the Equality Act will become the law of the land within the next decade. When that happens, federal law will regard ancient Christian doctrine (common to all branches of Christianity) as the equivalent of racism. In other words, it is conceivable that the not-too-distant future will include state-sponsored punishments for Christians who follow their Christian conscience. The ground is moving beneath our feet.

All of this calls to mind Paul’s words to the Ephesian elders in Acts 20 where Paul gives pastors a bit of advice about how to shepherd God’s people in the midst of such conflict. Paul writes:

17 And from Miletus he sent to Ephesus and called to him the elders of the church. 18 And when they had come to him, he said to them, “You yourselves know, from the first day that I set foot in Asia, how I was with you the whole time, 19 serving the Lord with all humility and with tears and with trials which came upon me through the plots of the Jews; 20 how I did not shrink from declaring to you anything that was profitable, and teaching you publicly and from house to house, 21 solemnly testifying to both Jews and Greeks of repentance toward God and faith in our Lord Jesus Christ. 22 And now, behold, bound in spirit, I am on my way to Jerusalem, not knowing what will happen to me there, 23 except that the Holy Spirit solemnly testifies to me in every city, saying that bonds and afflictions await me. 24 But I do not consider my life of any account as dear to myself, in order that I may finish my course, and the ministry which I received from the Lord Jesus, to testify solemnly of the gospel of the grace of God. 25 And now, behold, I know that all of you, among whom I went about preaching the kingdom, will see my face no more. 26 Therefore I testify to you this day, that I am innocent of the blood of all men. 27 For I did not shrink from declaring to you the whole purpose of God. 28 Be on guard for yourselves and for all the flock, among which the Holy Spirit has made you overseers, to shepherd the church of God which He purchased with His own blood.” –Acts 20:17-28

Notice Paul’s pattern of ministry. He preaches the whole counsel of God (catechesis), and he suffers the consequences from public authorities while doing so (preparation in moral courage). Paul shepherds and prepares God’s people by teaching and by suffering. We are called to nothing less.

A Discussion of Issues Facing the SBC