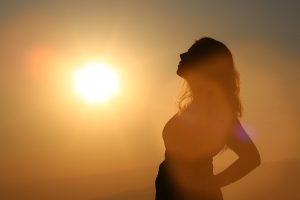 If you’ve ever wondered about the connection between feminism and LGBT identities, a recent article by Marcie Bianco at NBC News clears things up. Among other things, Bianco says this:

Patriarchy is at its most potent when oppression doesn’t feel like oppression, or when it is packaged in terms of biology, religion or basic social needs like security comfort, acceptance and success. Heterosexuality offers women all these things as selling points to their consensual subjection.

Bianco goes on to tell the stories of two female celebrities—Miley Cyrus and Julianne Hough—who have recently turned from heterosexuality to LGBT identities. Bianco contends that Cyrus and Hough are in the vanguard of feminist liberation.

How does renouncing heterosexuality liberate them according to Bianco? Feminists generally view marriage and motherhood as institutions that limit a woman’s agency and freedom. These institutions make women dependent upon and subordinate to men. The only way for women to have true freedom and empowerment over their male oppressors is to sever all natural connections between sex, marriage, and childbirth. Contraception and abortion free women from the consequences of their own fertility and from the economies of marriage. Likewise, embracing an LGBT identity is the ultimate declaration of independence from these patriarchal impositions on female freedom.

While men stew in their mess, women are rising. They are taking back control of their lives and their bodies and they are questioning the foundation of the patriarchy — heterosexuality — that has kept them blindly subordinate for centuries.

Don’t miss the fact that neither Cyrus nor Hough are claiming to have been “born this way.” Bianco does not laud Cyrus and Hough as feminist champions because they possess a fixed, immutable lesbian orientation. Rather Bianco lauds these women for choosing a sexual identity that will bring down the patriarchy.

(Yes, in the run-up to legalizing gay marriage, we were assured that orientation is a fixed and immutable reality. I guess that narrative has served its political purpose. It is now okay to treat orientation as a choose-your-own-adventure story.)

If you were wondering where the sexual revolution was going, this is it. This kind of thinking has been a mainstay in feminist literature for decades. Now it is spilling over into popular culture. As a matter of course, young women are increasingly being conditioned to believe that embracing lesbianism is a culturally approved way of fighting misogyny. And don’t forget that Bianco says this is the “vanguard of feminist thought.”

The Bible paints a far different picture of our sexuality than the one depicted by modern feminism. Scripture teaches that the distinction between male and female is a part of God’s good design in creation. Male and female bodies differ from one another according to their organization for reproduction. This organization isn’t merely a physical reality but also has social consequences—consequences that are reflected in God’s design of the marriage covenant and of the roles of men and women within that covenant.

The feminism reflected in Bianco’s article denies these realities. It promises freedom to any woman who consents to de-nature herself. But feminism won’t be able to deliver on that promise because it goes against God’s design and is an enslaving deception that suppresses the truth about who we are as male and female (Rom. 1:18, 26-27). God’s design is an order that he intends for our good and flourishing. There can be no real freedom in rebelling against that order.

Deceptive propaganda like Bianco’s article is seeping its way into every nook and cranny of popular culture. It is becoming more and more difficult to stand against it. Nevertheless, failure to confront these issues is to abandon people to the harmful deceptions of the ambient culture. It is to give them over to overt messages that subvert God’s design and that eventually bring misery and pain into people’s lives.

That is why it is a matter of great urgency that churches disciple their people in the explicit teachings of scripture about sex, marriage, and gender. The messages coming at us from the culture are coming through loud and clear. For that reason, our witness to God’s good design needs to be clearer than ever before. If we love our neighbors, we will be sure that it is.