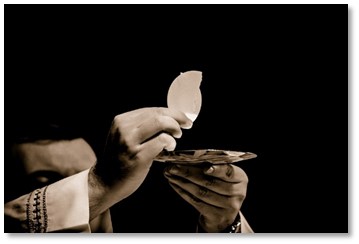 I read the news with horror two days ago after I saw the headline from The New York Times: “Catholic Priests Abused 1,000 Children in Pennsylvania, Report Says.” If you haven’t been following this story, you need to. It is simply horrific. And all this in the wake of the disturbing revelations about Cardinal Theodore McCarrick’s sexual abuse of young boys and seminarians.

The scope of the problem in the Pennsylvania is staggering. What struck me when I read the Times article, however, was that the words “gay” and “homosexual” appear nowhere in The New York Times’ coverage. I understand why it wasn’t mentioned. This is a kind of third rail for the reporting class. They don’t want to cover the networks of sexually active gay priests within the Catholic Church as if their presence were a problem. The coverage (or lack thereof) actually reflects the worldviews of those reporting the news. To them, abuse may be a problem, but homosexuality isn’t. Moreover, homosexuality per se has nothing to do with scandals uncovered in recent weeks.

You have to go outside mainstream media outlets for analysis that will actually connect the dots with honesty. That is why I read with great interest Father Dominic Legge’s piece at First Things talking about “Cleaning the Church of Clerical Sacrilege.” Legge wastes no time connecting the dots. He writes:

It is time for clergy and laity to begin a movement for the purification of the Church. The shameful sexual sins and crimes of clergy—including cardinals, bishops, and priests—can no longer be tolerated. Tolerance is precisely what has allowed these problems to multiply for decades and persist up to today…

The issue is sexually active priests and bishops. In the main, the persistent problem is with homosexually active priests. Fr. Roger Landry argues—rightly, I think—that most priests who persist in infidelity with women eventually leave the priesthood, but priests who cheat on their vocation with men often continue to live a double life. Most of the issues stem from this kind of duplicity. Networks of active homosexual priests have developed: They protect and promote their own and others who will tolerate them. They become a major problem when they insinuate themselves into positions of power (in a seminary, in a chancery or diocese, in a religious order, in the Roman curia)—as occurred in the case of Theodore McCarrick.

Legge goes on to suggest five reforms to purify the church from lecherous priests. I won’t rehearse all of them here, but I do want to comment on one of them as it relates to recent discussions evangelicals have been having about homosexuality. It’s number two in his list:

Every diocese and religious order needs to implement an affirmative program to screen out vocations applicants with a history of deep-seated same-sex attraction—and certainly those who have engaged in homosexual activity. Applicants should not be allowed to apply for the seminary unless they are already able to live as habitually chaste single men, without recurring falls into unchastity. Candidates in seminaries who act out sexually should be dismissed. This policy is not homophobic in any way. It is simply non-hypocritical: The Church has to cultivate vocations of men who live and practice what the Church professes.

It’s a little stunning to read that perhaps some of these measures aren’t already in place. Are applicants for the priesthood allowed to enter seminary while experiencing “recurring falls into unchastity”? Aren’t they already screening for this? Aren’t they already dismissing men “who act out sexually”? If not, how has such hypocrisy been tolerated for so long?

In any case, the one item that really caught my eye implicates Roman Catholic teaching. Notice that Legge says that the church must “screen out” applicants for the priesthood who have “a history of deep-seated same-sex attraction.” This caught my eye because Roman Catholicism does not hold same-sex attraction to be sinful. It holds such attractions to be a “trial” and “disordered,” but not to be sinful per se.

If same-sex attractions are not sinful, on what basis would such attractions be a reason for excluding someone from the priesthood? What makes the homosexual’s orientation any more disqualifying than a heterosexual’s lust? If the point is to “purify” the church of sacrilege, why purge that which the Catechism does not recognize as sinful?

I am not a Roman Catholic, and the differences between me and Roman Catholics are chasmal. Having said that, I think anyone can see the inconsistency I’m talking about. If same-sex behavior is sinful, then so is the desire to act out that behavior. That is the biblical position, but it is not the position of Roman Catholicism. While I appreciate Legge’s strong appeal for reform, this inconsistency within official Roman Catholic teaching diminishes his argument.

Biblical criteria for church leadership seem strangely absent from this discussion. The biblical criteria don’t “screen” people out based on their particular patterns of temptation. The biblical criteria screen out those with bad character—those who have no self-control over their desires and passions (e.g., Titus 1:8). It screens those who fail to confront their temptations with consistency and holiness. These qualities have to be proven and witnessed over time (1 Tim. 5:22). Where that kind of scrutiny is lacking, scandal will eventually ensue. And that is what has happened in the scandal currently unfolding within the Roman Catholic church.

This week, I read a conservative Southern Baptist theologian arguing for banning LGBT people from Catholic priesthood. I would bet you my savings account that an LGBT person has never sat at his dinner table. So why do I care what he has to say?

At the risk of sounding “Your so vain, you probably think this tweet is about you,” I’m guessing the tweet above is about me. Perhaps Merritt would say that it is not about this blog post. Nevertheless, I thought I’d respond in case this misunderstanding has entered anyone else’s mind.

So then what about people who have experienced same-sex attraction and yet aspire for pastoral ministry in an evangelical church? The biblical qualifications for church leadership do not say anything about any particular pattern of temptation to sin. No one is excluded on that basis. The biblical qualifications are centered on holiness of character (see 1 Tim. 3 and Titus 1). Same-sex attracted persons–like all other sinners–can have self-control and holy character through the power of the Holy Spirit. That is the power of the gospel in spite of anyone’s particular pattern of temptation. I have seen the grace of God up close in such people’s lives, and I am grateful for them and their ministries.