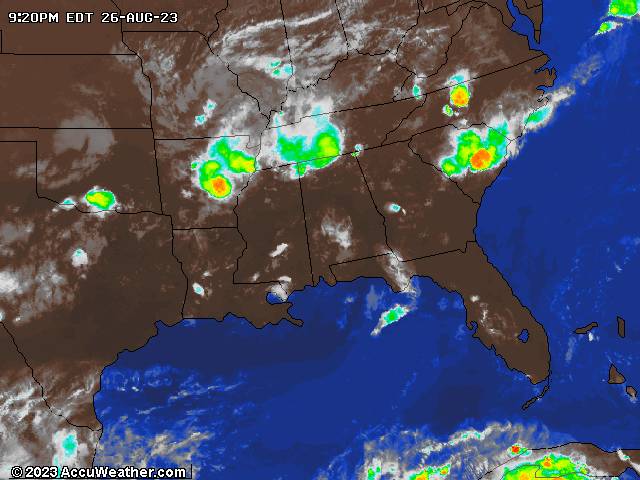 I was scheduled to preach at First Baptist Church DeRidder, LA Sunday morning. But as of this morning, those plans have been cancelled because of Hurricane Rita.

DeRidder is my hometown. I spoke with my parents this morning, and they are going to stay there until the storm is over. My dad is the principle of Singer High School, and FEMA has just made his school into a shelter for those fleeing to the north from south Louisiana. So he has to stay in any case to supervise that facility.

DeRidder is far enough inland that it should not get the destructive winds and flooding that will hammer the coastal parishes. Nevertheless, the outer bands of these kinds of Hurricanes are highly tornadic, and the folks in DeRidder and the rest of southwest Louisiana are taking this storm very seriously. Add to that the fact that evacuees are streaming through, and you can see that the situation is serious indeed.

They and I would appreciate your prayers.

God is good all the time. Everything that He does is wise, right, and good. We will be looking to Him as our strength and help.

Psalm 107
23 Those who go down to the sea in ships,
Who do business on great waters;
24 They have seen the works of the Lord,
And His wonders in the deep.
25 For He spoke and raised up a stormy wind,
Which lifted up the waves of the sea.
26 They rose up to the heavens, they went down to the depths;
Their soul melted away in their misery.
27 They reeled and staggered like a drunken man,
And were at their wits’ end.
28 Then they cried to the Lord in their trouble,
And He brought them out of their distresses.
29 He caused the storm to be still,
So that the waves of the sea were hushed.
30 Then they were glad because they were quiet;
So He guided them to their desired haven.
31 Let them give thanks to the Lord for His lovingkindness,
And for His wonders to the sons of men!