We have been discussing the new of edition of the New International Version of the Bible this week, and I have another resource or two to throw your way. The first is a most helpful review by Vern Poythress which appears in the most recent issue of The Westminster Theological Journal. This review is very well done, and I hope it gets a wide-reading. Here’s the full bibliographic info and a link to a PDF of the article as it appears in WTJ:

Poythress’ review is valuable on many levels, but I think that he is particularly penetrating in his analysis of the Collins Dictionaries report and of whether or not generic “he” is acceptable English. His conclusion:

Overall, the NIV 2011 translation appears inconsistent or uneven. The NIV 2011 is definitely and improvement in comparison to the TNIV. The NIV 2011 corrects a number of difficulties produced in the TNIV. But it could have gone further. If in 2011 generic “he” is allowed (as NIV 2011 does sometimes admit), then it ought to be used whenever it is needed for the sake of accuracy. This kind of thorough revision has not been carried through. The result is a disappointment, and will not please those who want consistent accuracy.

In many respects the observations and arguments that I have presented in short compass repeat discussions undertaken at greater length during the original gender-neutral controversy. Not much has changed with respect to the substance of the arguments. It is all the more unfortunate, in my opinion, that too little has changed in the move from the TNIV to the NIV 2011.

Second, Jim Hamilton links to an article written by E. Earle Ellis several years ago for the Expository Times. Ellis aims his critique at the TNIV, but I think his overall point is still relevant to the 2011 NIV (which reproduces about 75% of the TNIV’s gender language). Here’s the full bibliographic info and link to Ellis’ piece:

Even though translators may have the best of motives, Ellis identifies five difficulties with the functional equivalence translation philosophy:

(1) It rejects the verbal aspect of biblical inspiration.

(2) It gives to the translator the role that rightly belongs to the preacher, commentator and Christian reader.

(3) It assumes that the present-day translator knows what contemporary words, idioms and paraphrases are equivalent to the prophets’ and apostles’ wording.

(5) It appears to discard the Protestant principle that Christian laity should have full access to the Word of God written without interposition of clergy or of paraphrastic veils.

Third, Andy Naselli has put together an impressive list of materials on translation philosophy. For the most part, these resources favor a functional equivalence approach to translation. Many of them also favor the approach to gender language reflected in the new NIV. If you want to get into some serious reading on this issue, take a look at Andy’s page. Andy’s top recommendation from his list is the following:

Gordon D. Fee and Mark L. Strauss. How to Choose a Translation for All Its Worth: A Guide to Understanding and Using Bible Versions. Grand Rapids: Zondervan, 2007.

I agree with Andy that this is a helpful book. Its target audience is your average English Bible reader, and it introduces many complex topics related to translation theory in a way that is easily accessible to the non-specialist. Its major weakness, in my view, is that it favors functional equivalence translation and the approach to gender language reflected in the NIV. To put a finer point on my objection, I do not accept a strict bifurcation of form and function when there is a degree of linguistic concordance between the structures of donor and receptor languages (as there is between Koine Greek and English). This is the fundamental problem that I have with the functional equivalence approach, and I see this bifurcation in Fee and Strauss’s book. In fact, I think it skews their description of formal equivalence. Formal equivalence is not simply “word-for-word replacement” as Fee and Strauss allege (p. 29). Formal equivalence can only be “word-for-word” insofar as there is concordance between languages. In my mind, formal equivalence tends to value this concordance where it can be found, and functional equivalence tends not to. This to me is the basic difference between the two approaches. 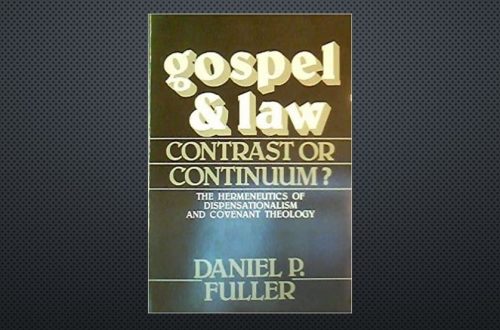