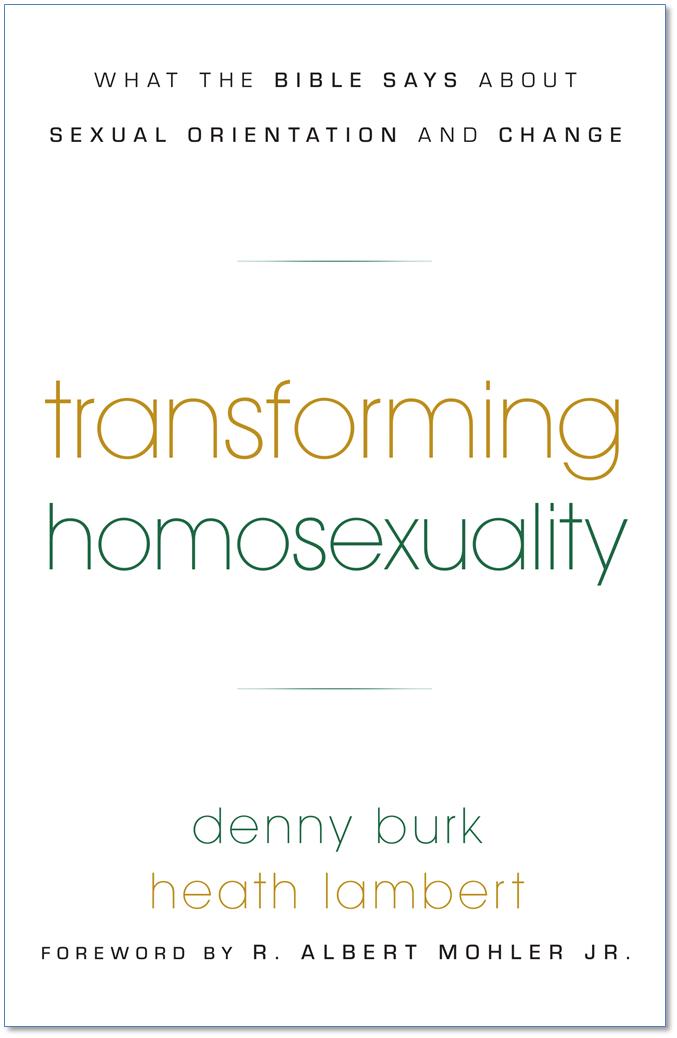 I am happy to announce that my new book that I co-wrote with Heath Lambert has just been released. The book deals with issues that readers of this blog have seen me discussing for a long time—sexual orientation and change. In fact, the title of the book says as much: Transforming Homosexuality: What the Bible Says about Sexual Orientation and Change (P&R, 2015).

Second, this book isn’t just about ethics. It’s also about ministry. Given what the Bible teaches about the ethics of desire, is change possible? We believe that change is not only possible but also necessary. The title Transforming Homosexuality comes from Paul’s language in 2 Corinthians 3:18:

But we all, with unveiled face beholding as in a mirror the glory of the Lord, are being transformed into the same image from glory to glory, just as from the Lord, the Spirit.

The Bible teaches that God’s plan for all Christians is to transform them into the image of Christ. It’s a process that takes a lifetime to complete. But this transformation is nevertheless what the Holy Spirit is doing inside of all Christians—not just some of them—including those who experience same-sex attraction. The change that God wishes to accomplish in same-sex attracted individuals is not necessarily heterosexuality but holiness. For this reason, our book opposes reparative therapy as a Christian approach to change.

We know that this book will be controversial, but we believe the controversy is necessary. Many evangelicals have not thought their way through to biblical clarity on the issues of sexual orientation and same-sex attraction. Meanwhile, there are many brothers and sisters who need clarity. We are hoping to start a conversation that will make plain what the scriptures actually teach. We are confident that when the truth is clear, God’s people will rally to it (John 10:27).

“Denny Burk and Heath Lambert have written a clear, compassionate, and thought-provoking book on how the gospel brings transformation to those struggling with homosexuality. Our hope is not the heterosexuality-or-bust shtick of reparative therapy, but the wondrous prospect of growing in holiness and Christlikeness that comes through repentance and faith. This is essential reading for every pastor and for any seeking to bless and minister to those with same-sex attraction in our churches.”
— Sam Allberry, Author, Is God Anti-gay?

“In Principles of Conduct, John Murray reminds us that ‘the line of demarcation between virtue and vice is not a chasm but a razor’s edge.’ In Transforming Homosexuality, Denny Burk and Heath Lambert shine scholarly and pastoral light on that razor’s edge, helping Christians to discern the difference between sexual temptation and sexual lust as it bears on same-sex attraction. This is a bold and provocative book. It will also likely be a controversial book. But it is predominantly a loving book that seeks to help people with unwanted homosexual desires be transformed by the full knowledge that God’s grace for us in Christ is sufficient for all our various struggles and sins.”
— Rosaria Butterfield, Author, The Secret Thoughts of and Unlikely Convert

“Many in the church… have adopted the position that homosexual desire may in some sense be ‘normal.’ … Denny Burk and Heath Lambert address that idea with biblical clarity and godly wisdom. This is an important book about an issue that has overwhelmed our culture.”
— John F. MacArthur, Jr., President, The Master’s College and Seminary; Pastor-teacher, Grace Community Church in Sun Valley, CA

“Denny Burk and Heath Lambert’s new book… is such a tremendous gift to the church. These men are scholars of the highest caliber with pastoral hearts. Further, in this book Burk and Lambert keep the hope of the gospel and Christ’s cross and resurrection at the very center of their counsel. Something as deeply entrenched as a pattern of sexual attraction is not easily changed—our doctrine of sin explains that—but we do know that with Christ all things are possible.”
— R. Albert Mohler, Jr., President of The Southern Baptist Theological Seminary