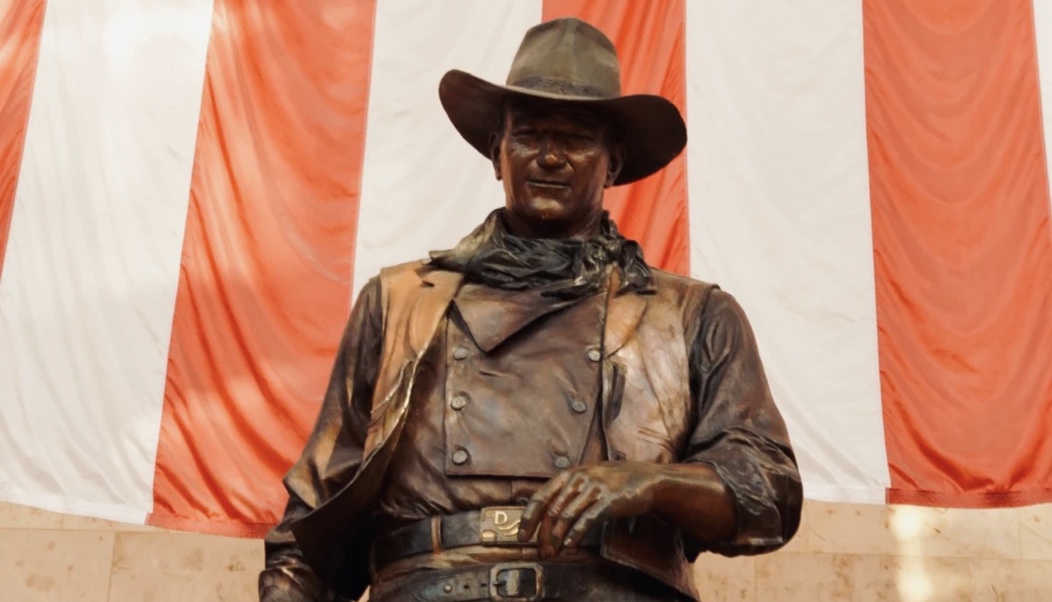 Yesterday, someone brought to my attention that one of the lead endorsers of Jesus and John Wayne is Chrissy Stroop—a transgender exvangelical who is deconstructing his faith and whose endorsement appears on the cover of the book. Stroop describes himself this way on his website:

I am an ex-evangelical–aka exvangelical or exvie–and in that capacity I seek to help build community for those harmed by and alienated from conservative religious groups. Much of my blogging here is dedicated to this end, and this site also hosts an annotated list of resources for those deconstructing and deconstructed from toxic religion. I am convinced of the need to create more spaces for exvies and exiles from other forms of religious fundamentalism (and yes, the vast majority of white American evangelical Protestants do qualify as fundamentalist, whether they accept the label or not). Reclaiming and sharing our ex-evangelical stories serves both to foster healing for exvies and to raise awareness among the broader American public of the threat to democracy and human rights posed by theocratic ideology, and of the real human harm caused by evangelical ideology and practice.

The rest of Stroop’s website and indeed his other writings demonstrate just how deeply he is offended by and opposed to evangelical Christianity. He really does seem to believe that our faith is harmful to people and should be opposed at every turn.

Stroop’s endorsement of Jesus and John Wayne is a pull-quote from his June 17, 2020 review in The Boston Globe. I don’t have any insider information on this, but it may be that Du Mez had little to do with this endorsement appearing on the paperback version of her book. Perhaps the publisher suggested adding it to the cover, and she signed off on it. Or maybe not. I don’t know. This is the kind of thing publishers usually spearhead. In any case, no matter what endorsement appears on her book, the book itself will have to stand or fall on its own merits.

For a more critical take on Jesus and John Wayne, I recommend John Wilsey’s review in Ad Fontes and Anne Kennedy’s review in Eikon.