On a related note, 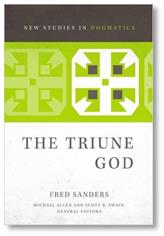 Swain and Allen are the general editors of Fred Sanders’s forthcoming work The Triune God (Zondervan, 2016). This work can’t get here soon enough. If anyone has a pre-pub version that they’d be willing to share, you would have the undivided essence of my gratefulness.