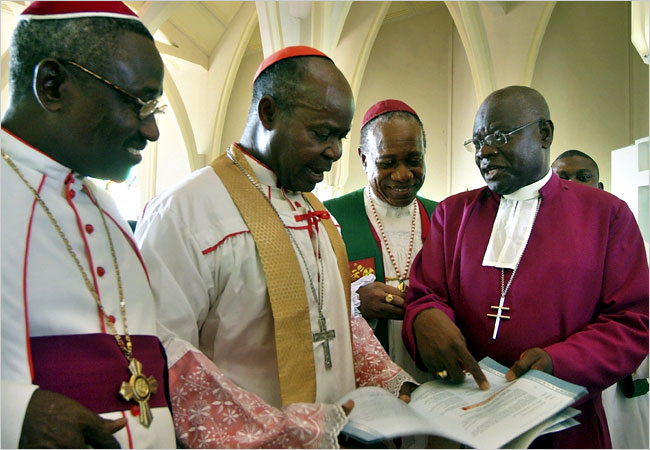 Examples of media bias are too numerous for me to comment on with any regularity. But sometimes I read things so egregious that I have to say something. An outrageously biased piece appears in a recent New York Times article by Lydia Polgreen and Laurie Goldstein.

The article concerns the rift in the Anglican communion (about which I have recently written) and a theologically conservative Bishop from Nigeria. The bias begins in the headline of the piece, “At Axis of Episcopal Split, an Anti-Gay Nigerian.”

Notice, first of all, that the headline suggests that a Nigerian is somehow the cause of the current controversy. Yet everyone knows that the crisis in the Anglican communion is owing to the Anglican churches in America and Canada that have decided to forsake clear biblical teaching on the issue of homosexuality. It is likely that there would not even be a split right now if the Americans had not decided to ordain a practicing homosexual as one of its bishops.

If you think I am being hyper-sensitive about a title, then go read the rest of this “news” story for yourself. I think you’ll see that the rest of the article bears out the bias implicit in the title.

“At Axis of Episcopal Split, an Anti-Gay Nigerian” -Â  by Lydia Polgreen and Laurie Goldstein