By Denny Burk on April 4, 2016 in Christianity, Culture 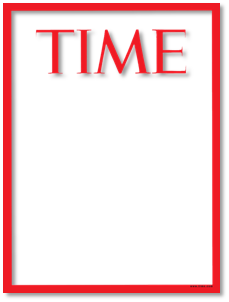 At the heart of the article is the contention that there is a backlash against internet pornography among young men who have been heavy users throughout adolescence and adulthood. Luscombe writes:

The rest of the Luscombe’s article recounts what these young men have been consuming for the last decade and what the results have been in their adult relationships with real women. Many of them are simply unable to experience a sexual response with a real live woman. They are only able to respond to pornography. In fact, they prefer pornography.

But it is precisely here that the picture gets really dark. Pornography has been a ubiquitous fixture in their lives for the better part of a decade. Two dates are important to remember in this discussion. In 2007, broadband internet reaches over 50% of American households. In 2013, smartphone ownership exceeds 50% of the population. That means that at some point around 2007, more Americans than not had access not simply to still images but to free video images of people engaged in sex acts. By 2013, more Americans than not had access to video porn at any time and at any place through their smartphone.

This article is the latest evidence of our diminishing ability to speak about sex in moral terms. We are at a place in our culture in which sexual morality has been reduced to consent. Our society has embraced total sexual license. If anyone suggests any other moral norm beyond consent, they are dismissed as a puritanical, repressive throwback. And that is why Luscombe’s article—even after narrating the devastating consequences of porn use—cannot bring itself to condemn pornography as a moral evil. And that is what is so sad about this article. It documents a real problem in our culture, but it has very little to offer by way of remedy.

I am not being hyperbolic when I call porn use a civilizational calamity. The sexual revolution promised us more sex and more pleasure. It has actually delivered to us a generation of men who think of women as objects to be used and abused for their sexual pleasure. It has not given us men who know what virtue and honor are. It doesn’t teach men to pursue their joy in self-sacrificially loving and being sexually faithful to one woman for life. It teaches young men to use women for sex and then to discard them when they become unwilling or uninteresting. This means that it has given us a generation of young men completely unprepared for marriage and for fatherhood.

It’s not merely that so many young men are unprepared for marriage. They are unprepared for dinner and a movie. We have sown to the wind. We are reaping the whirlwind—especially our daughters, who are less likely than ever to find a man who hasn’t been corrupted by this.

When I think about it, I’ve wasted years of my life looking for a computer or mobile phone to provide something it is not capable of providing.

The only way out of this is to realize that God made us and our sexuality for a purpose. God made us for Himself—to know Him and to be known by Him. He wants us to see that the only way to think correctly about pornography is within the moral universe that He Himself has created. That means understanding pornography as a great evil that can only be broken through the power of the gospel. 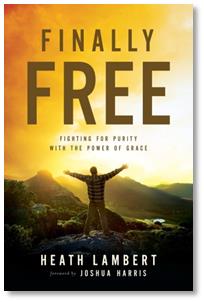 Over at The Atlantic, Conor Friedersdorf has written a pointed response to my argument. He contends that porn-use may not be so bad for us after all.

My former student Samuel James has relieved me of the obligation to respond to Friedersdorf. James shows that the social-scientific data marshaled by Friedersdorf is not compelling, and it doesn’t really address the moral and spiritual concerns that I am raising.

Rod Dreher has weighed-in thoughtfully and has a round-up of the conversation here.

I don’t believe in accidents. I have been preaching through 2 Timothy at my church, and it just so happens that the same week all of this unfolded, I was scheduled to preach on 2 Timothy 2:22, “Flee youthful lusts…” And so yesterday, my sermon on this text was titled, “Pursuing God, Not Pornography.” You can download it here or listen to it below.

Juan Williams says Pres. Obama’s SCOTUS nominee is not a centrist
Norton Hall Band – “All Creatures of Our God and King”