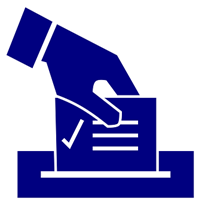 In a column for RNS, Jonathan Merritt takes Albert Mohler to task for Mohler’s analysis of last night’s election results. He writes:

Albert Mohler, president of The Southern Baptist Theological Seminary, appeared on CNN around 1 am to give conservative Christians credit for the controversial Republican’s defeat. “[Moore] lost because so many evangelicals didn’t show up. That’s the big story … what didn’t happen,” Mohler said.

Mohler is a shrewd thinker and capable culture watcher, so I assume he must be referring to the evangelical share of the total electorate. White evangelical Christians comprised 44 percent of all voters yesterday, compared with 47 percent of voters in the 2008 and 2012 elections. But this tiny shift, which The Washington Post referred to as “slight signs of slippage,” is nothing to crow about.

I agree that there is nothing to “crow” about, and thankfully nobody (including Mohler) is doing that. And I would agree that certain self-identified evangelicals do have some soul-searching to do.

Having said that, Merritt has misunderstood the significance of these numbers and as a result has come to some erroneous conclusions about evangelical involvement in yesterday’s election. Merritt says that the white evangelical turn-out yesterday was only a “tiny shift” from previous elections. But he is comparing apples to oranges. The shift from 47% to 44% represents percentages of two totally different voter turn-outs.

The total vote yesterday was a fraction of what it was in previous election years. Yesterday 1,344,406 people voted in the Alabama senatorial election. According to exit polls, 44% of those votes were cast by evangelicals, which comes out to about 591,539 votes. Moore got about 80% of those votes bringing his total evangelical support to about 473,231 votes.

White evangelicals were less motivated to go to the polls than other voters (black and white), and those that did were less likely to vote GOP than in 2012. My back-of-the-envelope calculation is that had they turned out and voted the way they did then, Moore would have won by 2-3 percentage points instead of losing by 1.5.

Lyman Stone’s analysis comes to the same conclusion as this one. He writes,

Many commentators are going to position Moore’s defeat as some kind of big let-down for evangelicals. It isn’t. More than 60 percent of the white evangelical adults in Alabama did not cast a vote for Moore.

True, very few voted for Jones, perhaps because Jones supports abortion, which must of us adult white evangelicals consider to be murder. But white evangelical turnout fell from nearly 75 percent in the 2016 race (which, of course, had a presidential election as well), to about 45 percent in 2016. That’s not some marginal change by a few evangelicals of conscience; that’s a powerful expression by a large share of Alabama’s electorate that political nonparticipation was better to them than the options they were offered.