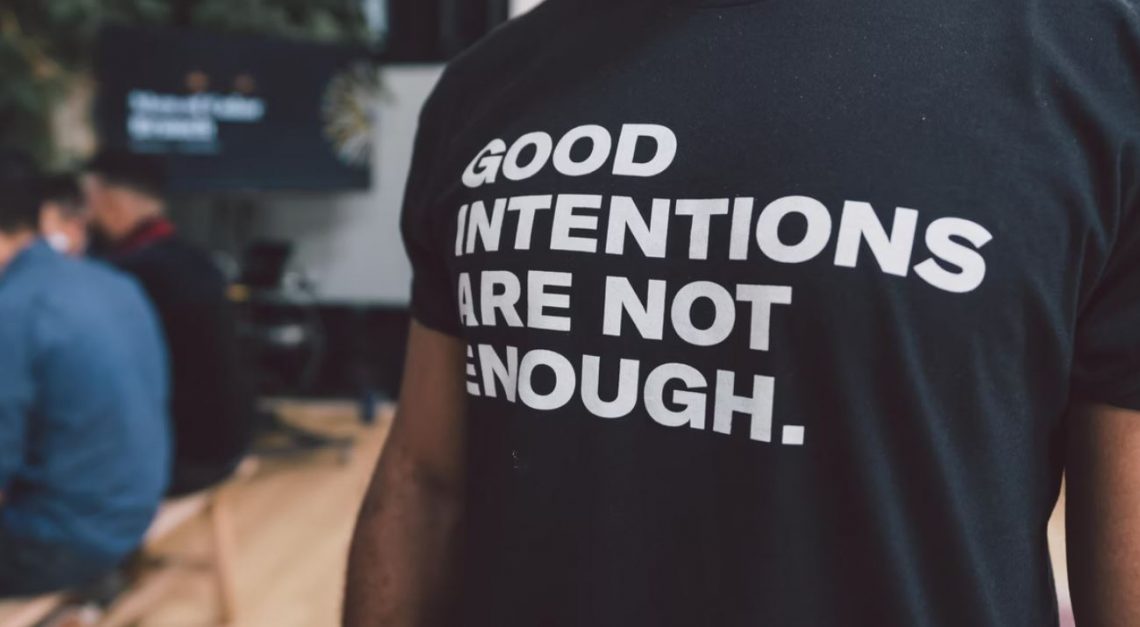 Dictionary.com has an annual tradition of naming a “word of the year,” and this year’s winner is the term allyship. Here is the definition:

allyship (noun): the status or role of a person who advocates and actively works for the inclusion of a marginalized or politicized group in all areas of society, not as a member of that group but in solidarity with its struggle and point of view and under its leadership.

At first blush, the definition appears to be a positive concept. After all, what decent person doesn’t want to lend a helping hand to those who need it? Didn’t even Jesus himself say something along these lines? About caring for “the least of these”? If that were all that allyship were about, I’m fairly sure it would not be anything to draw attention to. Indeed, if that were the only meaning of allyship, I doubt it would be the word of the year.

It turns out that there is more to it than that. As Dictionary.com‘s explanation makes clear, allyship is a term of art in modern social justice movements.

We added the word allyship this year to document its specific sense that has become more prevalent in recent years. But the word continues to evolve… In 2021, allyship was increasingly discussed in relation to historically marginalized groups, especially Black and LGBTQ+ communities. There was also noticeable discussion of engaging in allyship for other specific groups… Shows of support and advocacy for these groups in 2021 point to ways in which the term allyship is giving name to ever more nuanced ideas of social justice and is increasingly being extended to contexts of support outside of racial, gender, and sexual identity, such as disability and economic status.

Dictionary.com says that use of the term allyship has “skyrocketed” in the last 15 years. Its usage surged over 700%, including a steep rise in 2020 that continued into 2021. It became one of the most searched terms on Dictionary.com. And this is no surprise given how much allyship has become a crucial concept in “woke” social justice ideology. In that ideology, all people can be divided into two groups—oppressor and oppressed. If you are white, male, cis, and/or heterosexual, you are an oppressor. If you are not in any of those categories, then you are oppressed. The work of social justice is in part to convince oppressors to be become allies of the oppressed. And that allyship includes affirming concepts of social justice that come from critical theory.

And then this interesting little tidbit:

Despite the best intentions of societal efforts to foster allyship, use of the term allyship is frequently concerned about how such efforts often fall short and what it means to be an authentic ally.

Much of the term’s spike in usage is due to people complaining that allies aren’t trying hard enough and that their efforts are falling short. This all by itself says something profound about the social justice movement that gave birth to the term. If you are a member of an “oppressor group,” you must atone for this identity by becoming an ally. But the truth is that no amount of allyship ever rights the ship. There is no atonement for the original sin of being white, male, cis, or heterosexual. All one can do is proclaim himself and ally and hope that social justice warriors will deem your faltering efforts as good enough to escape being cancelled.

Dictionary.com treats allyship as a positive term—as an ideal that good and just people ought to strive for. But is the term really a concept to be commended? Well, if you think affirming Cultural Marxist notions of social justice is a good thing, then I guess you will think of it as a positive concept. But if you believe that affirming homosexuality, transgenderism, and Cultural Marxism is a bad thing, then I guess you won’t.