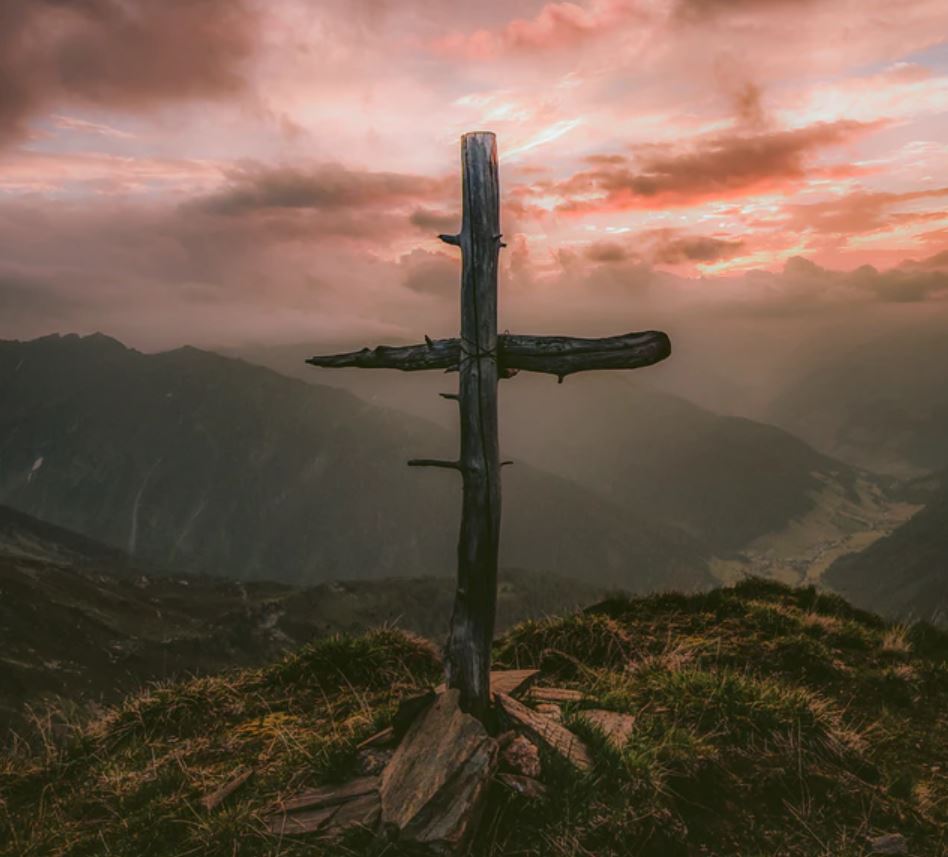 “The Christ that Harnack sees… is only the reflection of a Liberal Protestant face, seen at the bottom of a deep well.”

In some ways this temptation is understandable. After all, the writer of Hebrews assures us, “For we do not have a high priest who is unable to sympathize with our weaknesses, but one who in every respect has been tempted as we are, yet without sin” (Hebrews 4:15). This text seems to say, after all, that Jesus knows our weaknesses and temptations because he experienced them himself. Thus, if I experience doubt and fear during trials, then I can rest assured that Jesus experienced the same (or so the argument goes).

This is the argument that appears in a new article at Christianity Today by A. J. Swoboda and Nijay Gupta. The title says it all: “Jesus Was the God-Man, Not the God-Superman: His moments of doubt and temptation attest that we can follow him through our own.” The authors contend,

The incarnation of God teaches us that Jesus was born into the fullness of humanity. He was born, in other words, into the complete mortal experience, warts and all… What Jesus brought with him into our world was his godness, which included a deep trust and faith in his Father; part of what he received from us in his humanness was our ability to doubt—and doubt he did.

Doubt is a real part of human experience. And Jesus was so committed to entering humanity that he dared to enter human doubt as well.

The article goes on to make a number eyebrow-raising assertions about Jesus’ wavering and inconstant resolve to do the will of His Father. To wit,

What we learn here is that the real human Jesus could be tempted—though he did not sin. Indeed, temptation is not a sin. And we learn that the real human Jesus comes face to face with doubts about his identity. But hearing and even having these doubts is not the same as buckling under their weight. By the end of the temptation story, we witness Jesus’ resilience and determination. Soon, the angels come to care for him. Perhaps they give him food and drink to refresh his body, but it’s possible that Jesus may have needed spiritual reassurance of God’s presence as well. Jesus passes the test, but his faith may have taken a heavy beating.

The problem with this account of Jesus’ wilderness temptation is that it is largely a figment of the authors’ imaginations. Nowhere in any of the Gospel accounts does it say that Jesus experienced “doubt” during his confrontation with Satan. On the contrary, the picture of the Son of God is one of resolve to do his Father’s will come what may. In the face of withering Satanic attack, Jesus never faltered in His commitment to His Father’s will. To suggest inconstancy on Jesus’ part is a wholly fictive projection onto the text and not something actually derived from the text.

Indeed, every time the authors claim that Jesus experienced doubt, they are actually projecting doubt onto biblical accounts that contain not one word of “doubt” on Jesus’ part. For example, here is how the authors describe Jesus’ anguish in Gethsemene:

In that moment, Jesus embodied the first character in the parable of the two sons (Matt. 21:28–31): When told by his father to do the work that needed to be done, he declined before changing his mind (v. 29). The second son said yes at first but then didn’t go through with it. Perhaps the question Jesus asked his disciples after telling that parable—”Which of the two did what his father wanted?” (v. 31)—came back to mind and gave him clarity in the garden.

The authors make the audacious claim that Jesus was against going to the cross before he was for it. There is no serious wrestling here with the divine and human natures of Christ or of the long tradition of interpretation of this text. They just offer the simple assertion that Jesus resisted his Father’s plan before “changing his mind” to submit to it. Whether the authors realize it or not, their statement entails a denial of Jesus’ deity and sinless perfection. We must insist to the contrary that Jesus–the incarnate Son of God–was never at odds with God’s will (John 5:19, 30).

Is it true that Jesus experienced “doubt” and “fear” as He approached His crucifixion? Does the Bible really teach that Christ had doubts and fears on the same order as our own? The Bible in fact never teaches such a thing, and it diminishes Christ and his achievement to suggest otherwise. Here’s why.

James 1:6-8 The one who doubts is like the surf of the sea driven and tossed by the wind. 7 For let not that man expect that he will receive anything from the Lord, 8 being a double-minded man, unstable in all his ways.

Likewise, the Apostle Paul declares “doubt” to be in opposition to “faith”:

To say that Jesus had doubts and fears is to make him into a transgressor. But that is not at all the biblical depiction of Jesus. Yes, Jesus can sympathize with all of our weaknesses and, yes, he was tempted in all things as we are. But He did it without sin! (Heb. 4:15) That means that whatever doubts and fears we may experience in our temptations should not be projected onto Jesus. Jesus’ temptation did not include the sins of doubt and fear.

What was amazing and spectacular about Jesus’ suffering is that he never doubted His Father, and he never feared man. “When he suffered, he did not threaten, but continued entrusting himself to him who judges justly” (1 Pet. 2:23). Not only that, the Bible says that Jesus was motivated by joy to endure the cross:

Hebrews 12:2 Let us fix our eyes on Jesus, the author and perfecter of our faith, who for the joy set before him endured the cross, scorning its shame, and sat down at the right hand of the throne of God.

Jesus knew how awful the crucifixion would be before it happened (Matt. 16:21). There’s a reason that He prayed, “If it is possible, let this cup pass from Me” (Matt. 26:39). The anguish of the cross was real, and He knew it. Nevertheless, the Bible teaches that Jesus’ vision never stalled-out on death. Jesus saw right through the cross to the resurrection on the other side. You and I may fear death, but Jesus never did. You and I may doubt God’s purposes in suffering, but Jesus never did. Ever! What was definitive for Jesus was the joy set before Him, not death.

Imagine that. Jesus knew that they would tear His skin from His body, that they would nail Him to a post, and that He would asphyxiate while enduring cruel pain. He knew that He would be betrayed and forsaken by His best friends. He even knew that the cup of God’s wrath would be poured out on Him in full (Isaiah 53:10; Matt. 27:46). Yet He never feared man or doubted God. He was all courage and all love all the time. If you worship the Jesus of the Bible, that is the Savior that you worship.

You and I may very well contend with a variety of doubts and fears: Can I really trust God? Is he really always good? Will he really be there when I need him? These kinds of feelings are pretty normal for us sinners who must contend together against our own stubborn unbelief (Mark 9:24; Hebrews 3:12). But the fact that these expressions are normal does not make them right, much less that they should be projected onto the Son of God.

The model that Jesus gives us is not that he had doubts and fears like we do. The model that He gives us is perfection. We don’t ever have to give in to doubt and to fear. Perfect love casts out fear (1 John 4:18). Thus doubt and fear have no place in those who are trusting in the God who raises the dead, and they certainly never had any place in Jesus.

So let’s be jealous for what Jesus accomplished for us. He was tempted in every way as we are, yet He was without sin! He was obedient to His Father, even to the point of death on a bloody cross (Phil. 2:8). He never gave up, never lost heart, never flagged in zeal. He never doubted. And neither must we. We can take heart. Where you and I have failed, Jesus has overcome. Because Jesus has overcome the world, so can we (John 16:33).