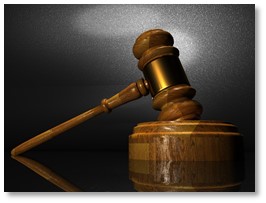 Do you think it matters whether or not we love one another in the church? Jesus says it does: “By this all men will know that you are My disciples, if you have love for one another” (John 13:35). If you think it matters (and Jesus says it does), then our ability to resolve disputes and conflicts among ourselves takes on existential importance for the mission of the church. The world will either see Jesus in our conflicts or they will not. Which will it be?

This is precisely the situation Paul addresses in 1 Corinthians 6:1-11. In these eleven verses, Paul addresses members within the Corinthian church who had let their disputes get totally out of hand. It was so bad that they were hauling one another off to secular law courts. And you might think that this is a bit of a change of subject from the previous chapter on church discipline, but it’s not. In chapter 5 he’s dealing with the church’s failure to be the church, and he’s doing the same thing in chapter 6. In chapter 5, they were failing to be disciplined and holy. In chapter 6, they are failing to resolve their own internal disputes. And in both chapters, these failures harm the witness of the church to those on the outside.

In these eleven verses, Paul tells the Corinthians not to be hauling one another into secular lawcourts. And his reasons boil down to this:

To hear the rest of this unpacked you can download the audio here or listen below.