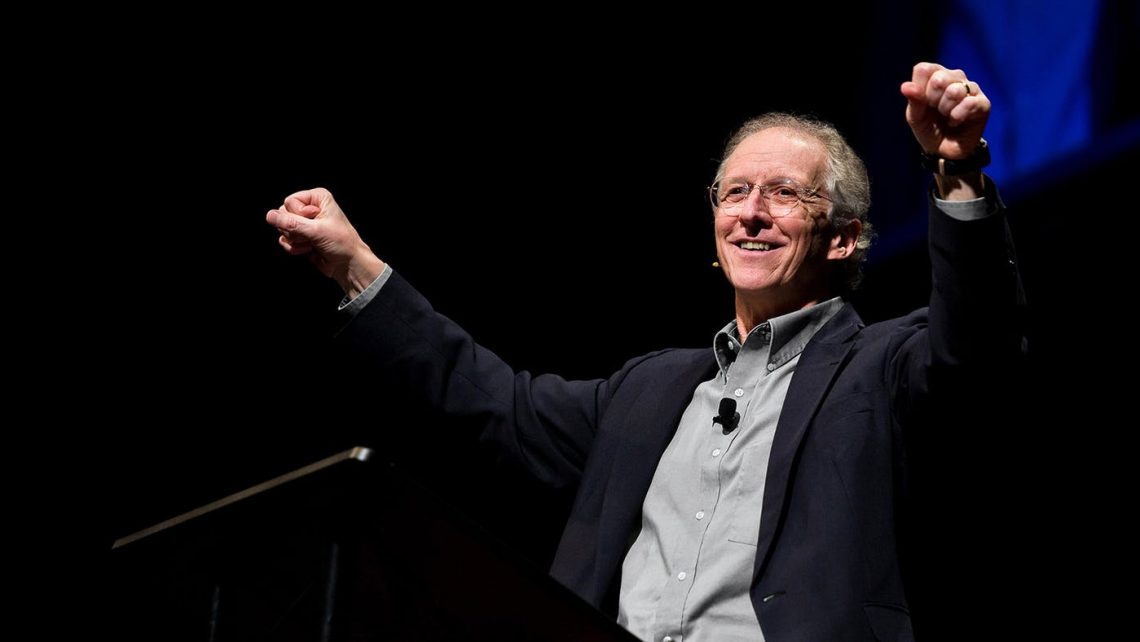 Desiring God has asked listeners to help them select the best of John Piper’s sermons so that they might feature them in the Desiring God app. They are asking not only for the sermon title, but also for a brief testimony of how God used the sermon to impact your life. I’m going to offer my response in this space. For me, there are three messages that stand out. They are messages that proved to be spiritual watersheds in my own life, and they are still impacting me today.

“Did Christ Die for Us or for God?”

I first heard John Piper preach in 1995. The sermon was on a cassette tape that someone had loaned me, and it was a message about the supremacy of God in preaching. I didn’t like what I heard. After listening, I wrote Piper off as someone who focuses too much on emotions and who needs to rely on the sufficiency of the word preached, quite apart from the preacher’s emotions. I didn’t have ears to hear. But that changed in 1998.

In 1998, I attended the second annual Passion conference in Austin, Texas. I didn’t come with high expectations. I had no idea that a Copernican revolution was in the offing for me spiritually. The message that the Lord used was Piper’s exposition of Romans 3:25-26. Piper’s exposition of the cross of Jesus Christ in these two verses made my heart soar in worship. I was gripped by the notion that Christ died not just for me but for God. The “basic riddle of the universe” had nothing to do with my rights but with God’s rights. It was this exposition of the cross that gave me ears to hear the following two messages.

Part 1 – God’s Passion for the Supremacy of God

Part 2 – Our Passion for the Supremacy of God

After a bad experience with the charismatic movement during college, I came to the conclusion that emotionalism was the great error of modern evangelicalism. I felt so betrayed by my own experience that I wrote off the relevance of the affections in the life of the Christian. I took on a cold, doctrinal orientation that manifested itself even in my devotional life. I journaled my way through the Psalms in 1996-1997, and my hermeneutic consisted of trying to abstract the attributes of God from the passionate expressions of the Psalmists. There was theological truth there, but I had to dig it out of the dirty husk of emotional expressions from the authors (e.g., “as the deer pants for the water, so my soul longs after you”). My journals reflected my coolly rational attempt to ponder God quite apart from my emotions.

After Passion ’98, something changed. I listened to Piper’s two messages from the previous year’s Passion conference and my theological world was turned upside down. I learned that not only is God passionate about His own glory, but He also insists that His people be passionate about His glory as well. I began reading Jonathan Edwards’ Religious Affections in that period and learned that authentic Christian faith consisted in having gracious affections. I learned that emotions were not an optional add-on to the Christian faith. On the contrary, they were at the essence of the new birth. So Piper and Edwards did a one-two punch on me, and the Bible opened up to me like never before. I began reading the Psalmists’ exultation not as a husk to be discarded but as the essence of “true religion.” A religion that I needed to have. It was at this moment that I was first gripped by the truth that God is most glorified in me when I am most satisfied in Him. This is when I became a Christian Hedonist, and I have never looked back.

Piper’s sermons have meant more to me over the years than any of his books. And these are the big three for me.