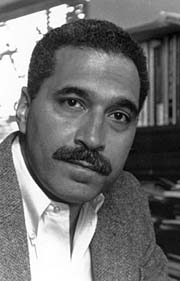 I recently wrote a paper arguing that comparisons between the current so-called “American empire” and the Roman empire of old are tendentious at best. Yes, the United States is the lone superpower in the world and has complete military dominance among the nations of the world. But the United States does not colonize as a matter of government policy.

As a matter of course, the U.S. does not conquer nations, occupy them indefinitely, and give them a government under the direct control of the U.S. government. After the U.S. wins a war, they leave. As Colin Powell said in 2003,

We have gone forth from our shores repeatedly over the last hundred years . . . and we have asked for nothing except enough ground to bury them in, and otherwise we have returned home to seek our own.

In today’s Wall Street Journal, Shelby Steele notes that the U.S.’s growing reluctance to exercise hegemonic power is the cause of its failure to achieve victory in Iraq. He writes,

Only reluctant superpowers go to war with a commitment to fight until they can escape. So today the talk is of “draw-downs,” “redeployments,” etc. But all these options are undermined by the fact that we simply have not won the war. We have not achieved hegemony in Iraq, so there is no umbrella of American power under which a new nation might find its own democratic personality, or learn to defend itself. We have failed to give “peace in the streets” to the people we are asking to embrace the moderations of democracy. Without American hegemony, these “draw-downs” and “redeployments” are acts of outrageous moral irresponsibility, because they cede hegemony to the forces of menace–the Sunni insurgency, the Shiite militia, the Islamic extremists, the wolfish ambitions of Iran. It was America’s weak application of power that made space for these forces to begin with. To now shrink the American footprint further would likely offer the country up as a killing field and embolden Islamic radicals everywhere.

For every reason, from the humanitarian to the geopolitical to the military, Iraq is a war that America must win in the hegemonic, even colonial, sense. It is a test of our civilization’s commitment to the good against the alluring notion of menace-as-power that has gripped so much of the Muslim world. Today America is a danger to the world in its own right, not because we are a powerful bully but because we don’t fully accept who we are. We rush to war as a superpower protecting the world from menace, then leave the battle before winning as a show of what, humility? We confuse our enemies, discouraging them one minute and encouraging them the next.

Could it be that our enemies are really paper tigers made formidable by our unceasing ambivalence? And could it be that the greater good is in both the idea and the reality of American victory?

Steele’s article is a must-read. I recommend that you go read it for yourself.

“Our Unceasing Ambivalence: Why it’s so hard to define victory in Iraq” – by Shelby Steele