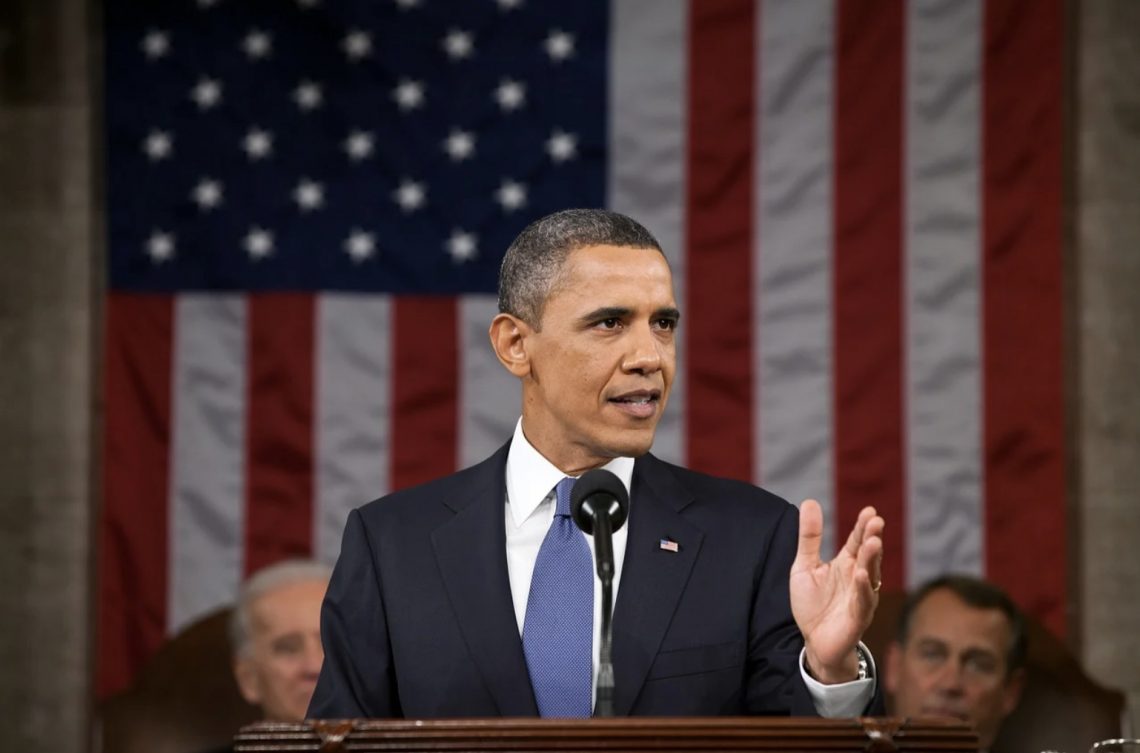 Earlier today, President Obama became the first sitting president to endorse gay marriage. In his remarks to ABC News, the president cited his Christian faith as the basis for his decision. In particular, he cited Jesus’ words in the “Golden Rule” as a key factor in his thinking. He says,

[Michelle and I] we are both practicing Christians and obviously this position may be considered to put us at odds with the views of others but, you know, when we think about our faith, the thing at root that we think about is, not only Christ sacrificing himself on our behalf, but it’s also the Golden Rule, you know, treat others the way you would want to be treated. And I think that’s what we try to impart to our kids and that’s what motivates me as president and I figure the most consistent I can be in being true to those precepts, the better I’ll be as a as a dad and a husband and, hopefully, the better I’ll be as president.

In March of 2008 when then-candidate Obama was running for president, he based his support for civil unions upon a particular interpretation of the New Testament. He argued that Jesus’ sermon on the mount supports gay civil unions. In his own words,

I believe in civil unions that allow a same-sex couple to visit each other in a hospital or transfer property to each other. . . I don’t think it should be called marriage, but I think that it is a legal right that they should have that is recognized by the state. If people find that controversial, then I would just refer them to the Sermon on the Mount, which I think is, in my mind, for my faith, more central than an obscure passage in Romans. That’s my view. But we can have a respectful disagreement on that.

Notice the logic of the president’s 2008 remarks. He implies that Jesus’ words conflict with Paul’s words in both clarity and priority. In terms of clarity, he is suggesting that the apostle Paul’s condemnation of homosexual acts in Romans 1:26-27 is less than transparent. In terms of the priority, he says that Paul’s teaching—whatever that may be—has to give way to Jesus’ words in the Sermon on the Mount (Matthew 5-7), as if the two were somehow contradictory. Candidate Obama called Jesus’ Sermon on the Mount “more central” and labeled Paul’s words to the Romans as “obscure.”

Although this makes some sense of the president’s remarks today, we have to conclude that this is not a “Christian” way of reading the Bible for a number of reasons.

First, it presupposes that Paul and Jesus are at odds with one another. This not only undermines the Bible’s teaching on sexual ethics, it also undermines the authority of scripture itself. If the Bible has contradictions in it, then it cannot be the inspired word of God. Christians understand that “All Scripture is inspired by God and profitable for teaching, for reproof, for correction, for training in righteousness” (2 Tim. 3:16). The Bible alone is the inerrant and infallible norm over the Christian conscience. As a Christian, President Obama should affirm scriptural authority rather than undermine it with statements that set Jesus against Paul and that undermine Biblical sexual norms.

Second, neither Matthew nor Jesus intended the Golden Rule to be a permission slip for debauchery. “Doing unto others as you would have them do unto you” does not nullify the Bible’s clear teaching about marriage and sexuality. The Sermon on the Mount affirms and intensifies Old Testament sexual norms (e.g., Matthew 5:27-30). Moreover, Jesus himself affirms the creation principle that defines marriage as the union of one man and one woman (Matt. 19:4-5; cf. Gen. 2:24). To imply that Jesus would have supported gay marriage has no basis in the text of scripture. In fact, Jesus stands against it.

Fourth, Christians believe that doing the right thing also happens to be what’s best for our neighbor. In other words, God’s design for marriage is good for us and promotes the public good and human flourishing. Loving our neighbors, therefore, means doing what promotes their good and their flourishing. Gay marriage falls short of that ideal.

Fifth, the president’s reference to Christ’s sacrificial death fundamentally misunderstands what Christ accomplished on the cross. Christ’s sacrifice on our behalf doesn’t just free us from the penalty of sin; it also frees us from the power of sin over our lives. Christ’s death is not just about forgiveness in the past; it’s about power in the present. The apostle Paul says, “our old self was crucified with Him, that our body of sin might be done away with, that we should no longer be slaves to sin” (Rom. 6:6). Those who have truly tasted the forgiveness flowing from Christ’s sacrificial death also taste freedom from the stranglehold of indwelling sin. The President seems not to understand that Christians have died with Christ and that sin is no longer their master (Rom. 6:14). The point of “Christ sacrificing himself” is to free people from sin, not to keep them in bondage to it. Real Christianity doesn’t lead to endorsing what Christ died to free us from.

President Obama’s scriptural defense of gay marriage is not just untenable; it’s also unchristian. Even though this is a contentious issue, the most loving thing to do would be to stand on the authority of scripture and on God’s definition of the good. Unfortunately, President Obama has fallen short of both today.