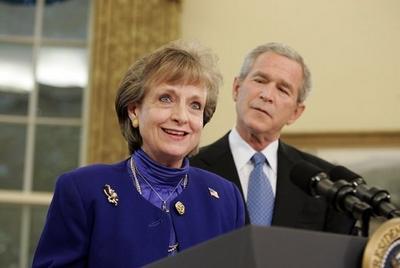 According to the Matt Drudge, Supreme Court nominee Harriet Miers found Christ in 1979, and then became a Republican. Drudge is saying that the New York Times is set to splash the story on front pages tomorrow morning.

Well, this could be a tough pill for Harry Reid to swallow. Her merits of personal affability and answering phone calls promptly are not likely to outweigh the unconscionable demerit of her being an evangelical. For liberals, the only thing worse than being pro-life is being an evangelical. Tough pill indeed!