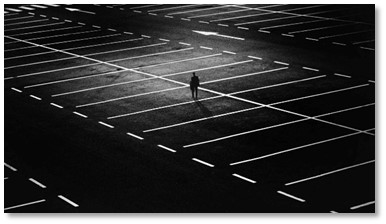 I noted on Saturday that the Mayor of Louisville has overstepped by threatening to take down the license plate numbers of cars in church parking lots—even if citizens never leave their cars! His action is a violation of religious liberty that erodes trust. Sadly, it also squanders the community spirit that has led to the vast majority of churches suspending their in-person gatherings.

A Wall Street Journal editorial today cites Louisville as an example of abuses going on around the country. An excerpt:

Americans by and large have willingly obeyed the government’s shelter-in-place and social-distancing orders, but that doesn’t seem to be enough for some public officials. They’re indulging their inner bully in ways that over time will erode public support for behavior that can reduce the spread of the coronavirus.

One problem is excessive enforcement. Some state and local officials tasked with implementing shelter-at-home orders appear either to misunderstand the edicts they are meant to carry out or to suffer from a lack of discernment…

In Louisville, Ky., Mayor Greg Fischer prohibited Christian believers from gathering on Easter Sunday—including in “drive-thru” services in which worshippers remained in their vehicles. The mayor’s position was neither constitutionally nor epidemiologically sound.

A local congregation sued, arguing the mayor had violated their right to free exercise of religion. Federal Judge Justin Walker, in a cogent decision issued over the weekend, stayed the mayor’s hand. President Trump recently nominated Judge Walker to the D.C. Circuit Court of Appeals, as noted in these columns. His defense of religious liberty won’t endear him to Senate Democrats…

Government officials would be better advised to govern with a lighter hand. The coronavirus threat isn’t going away until we have a vaccine or better treatments, and Americans will have to practice some form of social distancing and self-quarantine for many more months once the government allows the economy to reopen.

Decrees like those from the Michigan Governor’s office and their capricious enforcement run the risk of encouraging mass civil disobedience that will undermine the point of the orders. Better—for reasons of public health and American constitutionalism—to treat Americans as responsible citizens.

I am a pastor, and our church has willingly suspended in-person gatherings for about a month now. It is a burden for our congregation not to meet, but we are doing it anyway out of love for neighbor (Matt. 22:39) and submission to governing authorities (Rom. 13:1-7). We don’t want to spread the disease and are committed to doing whatever we can to mitigate this horrible plague. We think it’s the right thing to do now.

But everyone needs to understand that sheltering-in-place is not going to be the policy forever. At some point, people will have to return to work, to school, and yes to church. Dr. Anthony Fauci told CNN yesterday that he believes re-opening the country could begin as early as next month. I expect there to be public debate about when to do that and how to stage that return. I expect reasonable people of good will to have disagreement and back and forth as we sort out the best policy.

But that necessary debate between reasonable people of good will can be poisoned by overreaches now. Policy-makers can lose their ability to be honest brokers if they make unreasonable decisions now. To put a fine point on it, our mayor needs to be sure that he doesn’t cause people to be suspicious of his judgment because he singled out Christian worshippers for harassment at “drive-thru” services now.

Joe Carter has wisely encouraged church leaders to begin discussing now how and when to reopen and what mitigation policies to put in place when they do reopen. These same kinds of discussions are happening among leaders across every facet of American life. We are going to have to make some important decisions in the days ahead. Let’s hope and pray that the well isn’t poisoned when it comes time to make them.

The Transgender, Deconstructing, Exvangelical Endorser of “Jesus and John Wayne”