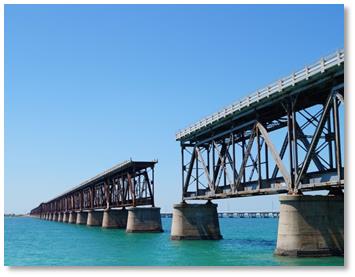 David Gushee has a column at Religion News Service about Jonathan Merritt, Jen Hatmaker, and LGBT “inclusion” within the church. Gushee says that he exited evangelicalism 30 months ago, and since then he has concluded this:

I now believe that incommensurable differences in understanding the very meaning of the Gospel of Jesus Christ, the interpretation of the Bible, and the sources and methods of moral discernment, separate many of us from our former brethren — and that it is best to name these differences clearly and without acrimony, on the way out the door.

I also believe that attempting to keep the dialogue going is mainly fruitless. The differences are unbridgeable. They are articulated daily in endless social media loops.

Gushee is absolutely right about this. We have “incommensurable differences” and the differences are indeed “unbridgeable.” On the one side are the traditionalists who believe that homosexuality is a sin. On the other side are the revisionists who believe that homosexuality is not sinful. The differences between the traditionalists and the revisionists go right to the heart of what it means to be a Christian.

If the traditionalist side is correct, then there can be no fellowship between the true church and revisionists—because the revisionists have revised themselves right out of the faith. And if the revisionists were consistent with their conclusions, they would recognize that no fellowship is possible from their point of view either. The only reconciliation is for one side or the other to repent and embrace the views of the other side.

This is why the whole Side A/Side B approach to the issue is a dead end. The Side A/Side B approach wants to convince people that differences over these issues shouldn’t really divide us. Some Christians will affirm sexual immorality and some will not. In terms of doctrinal priority, the issue is more like baptism than the deity of Christ. No big deal. We are all Christians after all. Why can’t we all just get along?

There are a number of problems with this kind of reasoning, but I will mention just two:

(1) The scripture casts sexual immorality as a first-order issue. In fact, it treats all unrepented sin as a first order issue that prevents people from entering the Kingdom of God (1 Cor. 6:9-11). No matter what side you come down on in this debate, there can be no question that our conclusions will define how we understand the boundaries of the church. This is not a debate about adiaphora but about the essence of our faith. A church can no more accommodate both points of view than it can accommodate both light and darkness (2 Cor. 6:14-16).

Gushee understands this, I think. It is time for folks on both sides of this debate to come to terms with just how much of a watershed this issue is. The evangelical movement is facing a moment of crisis over this issue. We are about to find out who is for real and who isn’t. We shouldn’t relish this moment as it reveals so much that is unhealthy in our movement. But neither should we shrink from it. We must contend for the faith once for all delivered to the saints (Jude 3). That is what the true church has always done. And that is what she must now do again.