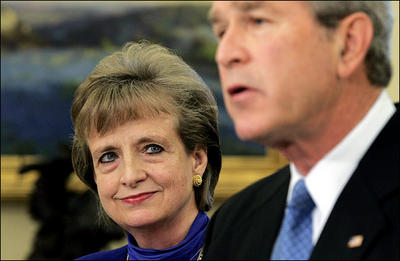 She was on the short list, and now she is the one. President Bush has nominated Harriet Miers to fill the vacancy on the Supreme Court left by Sandra Day O’Connor.

Miers has no â€œpaper trail,â€ as it were, having never served as a judge. We will be following this nomination very closely. Stay tuned.